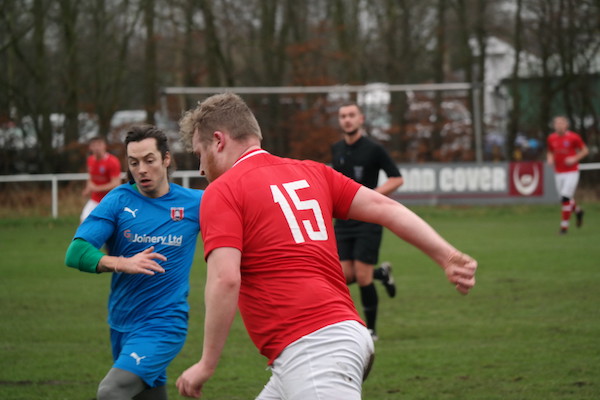 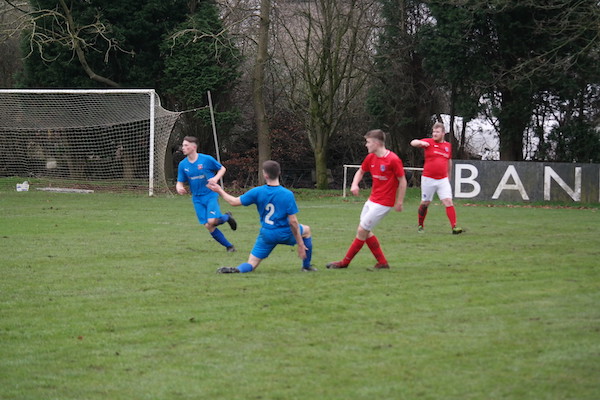 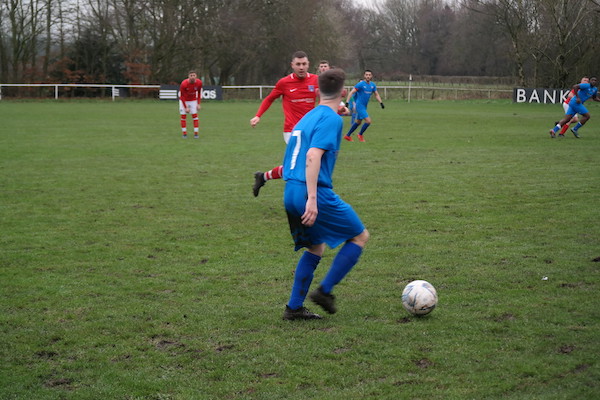 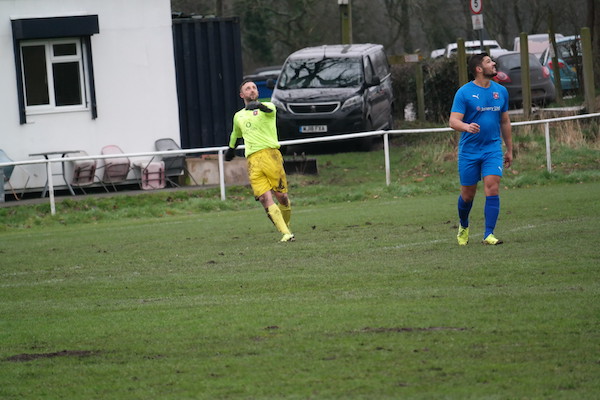 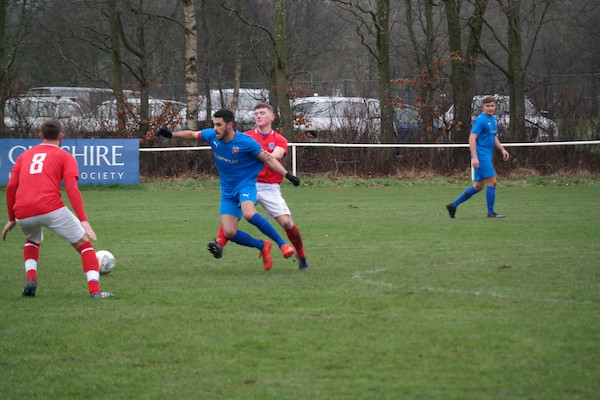 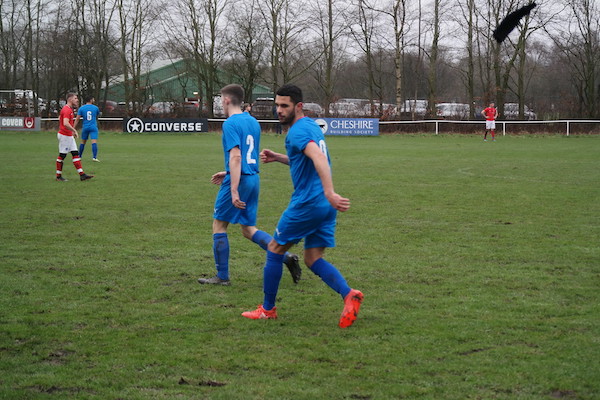 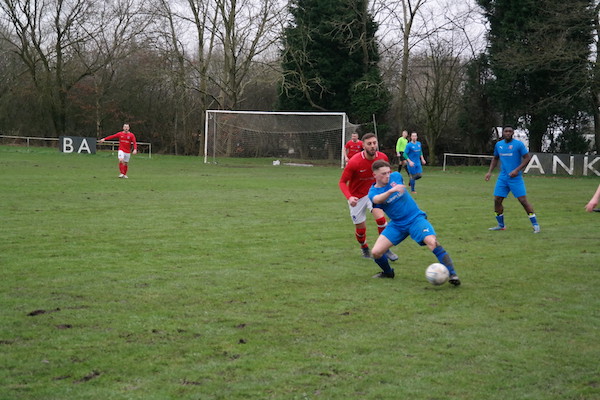 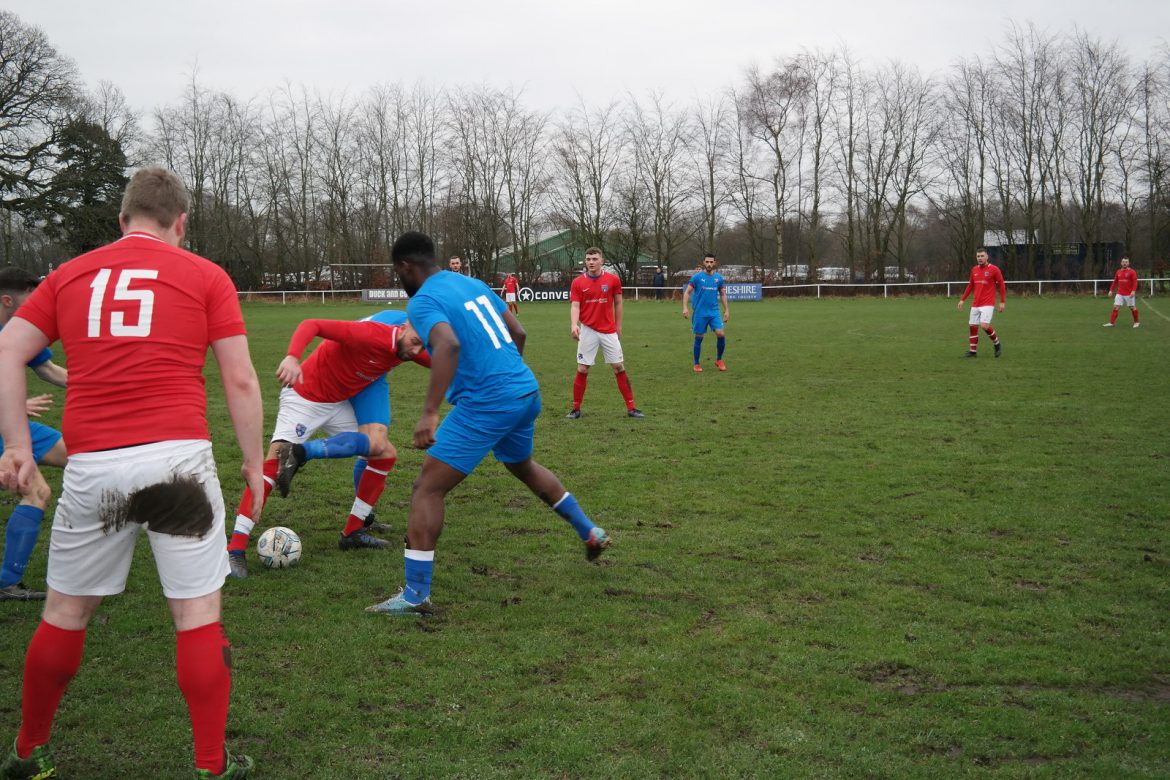 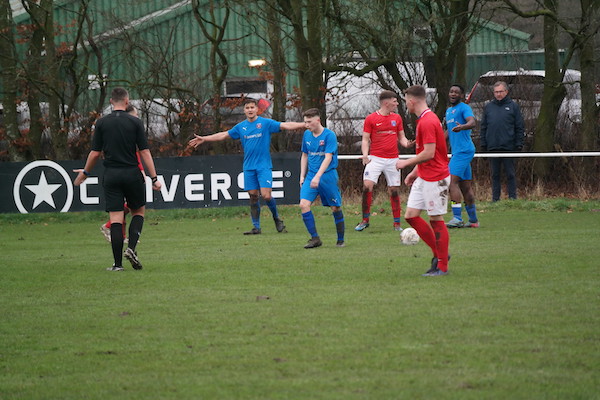 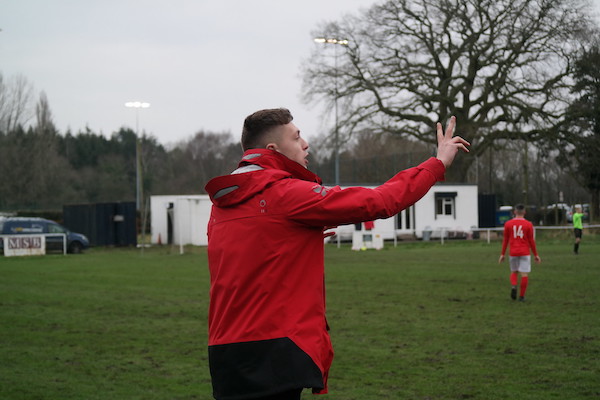 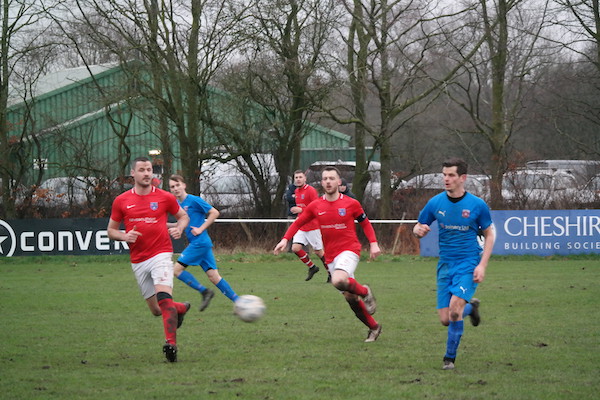 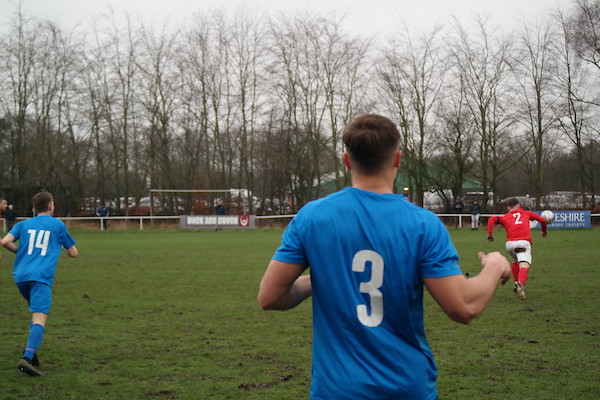 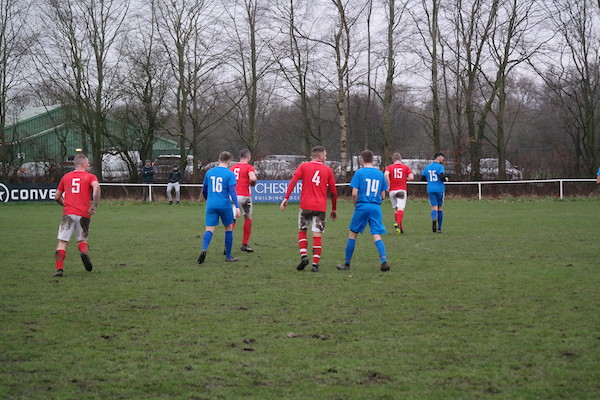 Wilmslow Albion were unfortunate on Saturday afternoon, as the Oakmen fell to a (3-2) defeat against Uppermill at Oakwood Farm, with goals scored by Kieran Casey and Malachi Clarke.

Wilmslow made three changes from the victory against Middleton Colts last week, as Scott Gibbon went in goal in place of Jon Moran, Ben Ramadan was brought in to replace injured skipper Danny Pearson, and there was a debut for Charles Yeboah, as he came in for Callum Knight.

The game could not have got off to a quicker start.

A ball came in from the left, Casey was first to react in the box and he put the ball into the back of the net to give Wilmslow Albion a fantastic start.

Although, no more than a minute later, a corner came in from the left for Uppermill and Lee Rainford volleyed in the equaliser – it didn’t take either side long to get a goal on the scoresheet.

Uppermill then pushed to gain the lead, the ball was played towards the number 9, he cut inside and curled it towards the bottom corner, but Gibbon made the save and the number 7s’ rebound went wide.

The number 7 for Uppermill then picked up the ball from just outside the box on the right and aimed for the far corner but it went wide, before Uppermill’s number 9 stung the gloves of Gibbon and Wilmslow Albion got the ball clear.

Malachi Clarke had a pass closed down by the number 9, he ran at Sam Warren and Gibbon saved the shot.

There was a half chance for Wilmslow before the break, as Joe Kirk tried an effort from the halfway line which went wide.

The second half had a quick start, similar to the first half, as a ball from the left was fizzed in, Gibbon couldn’t quite hold and Jake Jacobs put the ball into the net.

Wilmslow probed to try get back on terms, looking to exploit the Uppermill defence.

The next chance would fall to Uppermill though, as the number 7 hit the ball across the box and wide of Gibbon’s goal.

Wilmslow would then make sure to take advantage with their next opportunity.

Joe Kirk’s cross would earn the team a corner, he whipped it in from the left and as the keeper went to punch it clear, Clarke got there first and headed it in to make it 2-2.

The first was a fantastic block from Clarke denying the number 9, with the next being an effort wide from the number 11.

The past few game weeks have seen left wing back Kirk in great form, with his crosses as well as his goals helping Wilmslow Albion.

With just over 20 minutes to go, Kirk whipped the ball in from the left for Casey to head, but the keeper made a fantastic stop to deny the Wilmslow attacker.

Kirk then produced a cross which proved to be a tad awkward for the Uppermill shot stopper, who fumbled his shot.

It bounced towards goal but he reacted in time to stop the shot.

At the other end, Gibbon pulled off a fantastic stop, as Nick Collins pass was blocked, it fell to the Uppermill number 10, he struck it from outside the box, Gibbon stretched and got a big hand to stop the shot.

Then the major turning point in the game took place.

Warren was deemed to have fouled the Uppermill attacker and the referee pointed to the spot, the centre half felt he was hard done by with the decision.

Ash Ainsworth stepped up and sent the keeper the wrong way to put Uppermill into the lead.

Going into the final 10 minutes, Wilmslow came desperately close to an equaliser.

A corner came in and Clarke flicked it on, Allen Quinney nodded the header goalwards but the effort would bounce off the bar and cleared.

Clarke then had a try a few minutes later and it nearly brought the game level in style.

The ball was cleared out by Uppermill but only as far as Clarke, he took a touch with his knee to flick it up, he volleyed it from 5 yards outside the ‘D’ and the ball cannoned off the bar, nearly an unbelievable second from the centre half.

That would prove to be the final chance of the game, Wilmslow were unlucky in defeat, with a penalty being the difference between the two sides.

The home side were so close with the two efforts bouncing off the bar, potentially on another day they may have gone a few inches lower.

A great display was shown from centre half Malachi Clarke, getting a goal and defending well for the Oakmen, he was unfortunate not to get a second goal as well.

The next fixture for Wilmslow Albion is another home fixture against Atherton Town. 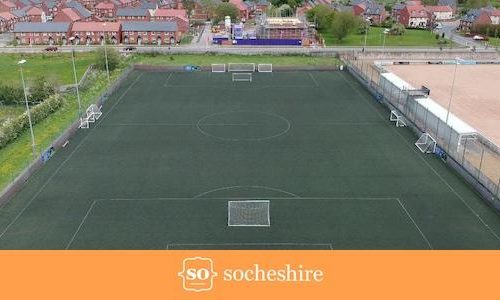 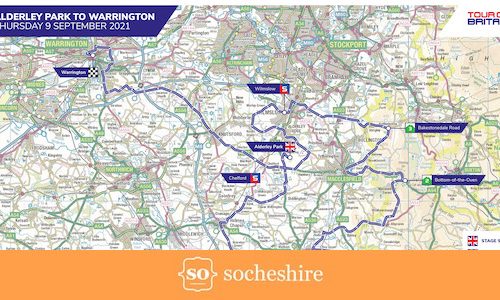