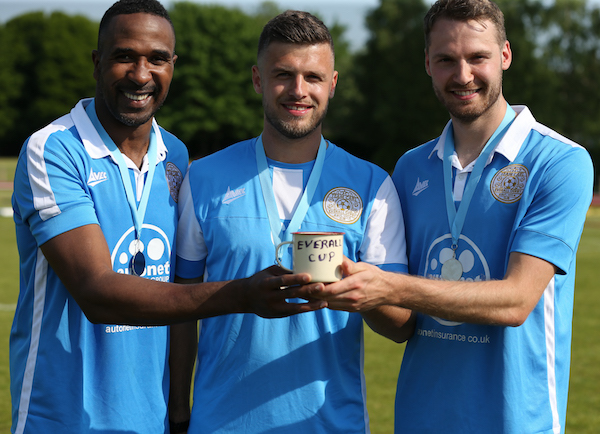 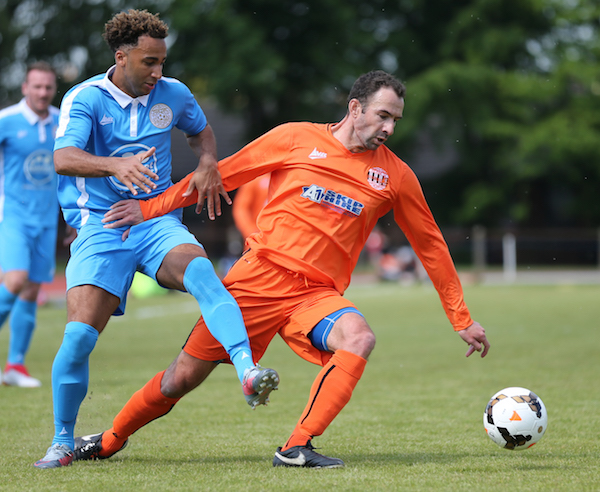 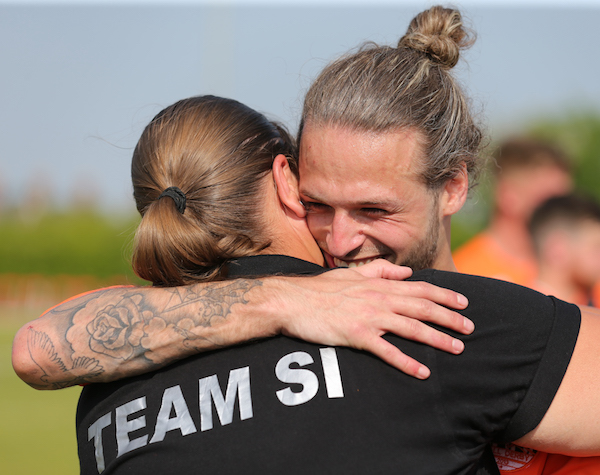 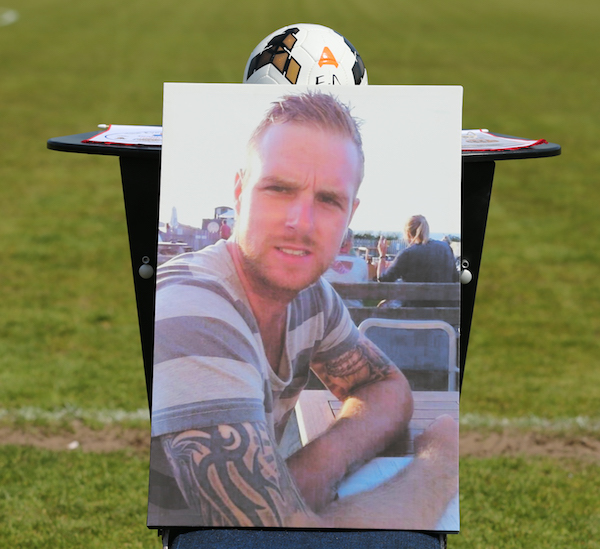 A charity football match and family fun day took place at the Cumberland Arena in Crewe on Saturday 19th May 2018.

‘The Everall Derby’ is organised by twin brothers Carl and Simon Everall and is played in memory of Gareth Jones, a talented footballer from Crewe who lost his battle to cancer at the age of just 31.

The GJ8 fund has paid for ‘GJ8’ to be trademarked and a GJ8 wall plaque in memory of Gareth Jones was unveiled at the Cumberland Arena during the event. Gareth wore the number 8 shirt when he played for Crewe Athletic.

There was a minute’s applause for Gareth prior to The Everall Derby match and a balloon launch of the letters G and J and a number 8.

The match was preceded by senior and junior football tournaments on the 3G artificial turf pitch and a mascots football game on the grass pitch. There was also family entertainment and refreshments.

It is the fourth occasion that the twins have organised the event. Over £4,000 was raised this year with all proceeds going to Ward 1 (Cardiac Ward) at Leighton Hospital, Friends for Leisure, Motor Neurone Disease Association and to local children’s football to buy new kits and equipment for several clubs.

Co-organiser, Carl Everall, said: “We were overwhelmed with the support of the community. Even with the FA Cup and a Royal wedding on the same day, we still smashed all our previous event totals.

“It was four wins on the run for Team Carl – my brother Si’s team didn’t have a chance. I could see his players worrying when they saw our line-up! Simon has to recruit better next time.

“For me, Lee Bell and Liam Lawrence were the star men, they controlled the game.

“I must give special mentions and credit to Davina Jones, Gareth Jones’ sister, who works harder than anyone as part of our group of volunteers and to Rich Jones from Crewe Lifestyle Centre – without his help and expertise in events, The Everall Derby wouldn’t be possible.

“I hope everyone enjoyed their day with us and look forward to seeing you all at the next event in 2020.”