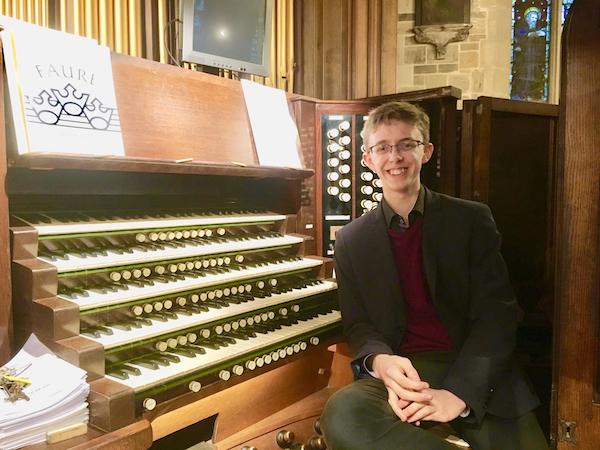 St Bartholomew’s Church in Wilmslow continues to celebrate the arrival of its new pipe organ with a series of recitals on Sunday afternoons in May and June.

These each start at 4pm and last 45minutes. Admission is free and there is a retiring collection.

During the two month festival, organisers hope to pay tribute to the organists who’ve helped to shape the music at the church over the last 50 years.

Recitalists include Peter Johnson (organist from 2000-2015 who initiated the new organ project), Geoffrey Coffin (who was part of the team that designed and built it) and David Oldfield.

In addition there will be recitals in honour of James Dickinson (now resident in Norway), Paul Bryan (who also conducted the Barnby Choir of Wilmslow) and Peter Waddington (who in addition to his work as librarian of the Hallé Orchestra also served the church with great distinction).

Current organist Philip Underwood will perform original compositions by James and Paul in these recitals.

The series begins on Sunday 6th May with a recital by the immensely talented young organist George Herbert, a 17-year old student at Chetham’s School of Music in Manchester.

George spent two years as the organ scholar of Wilmslow Parish, before taking up the post of organist at St Peter’s in Hale.

In July 2017 George was a prizewinning recipient of the much coveted ARCO Diploma of the Royal College of Organists. His programme includes the much loved Carillon de Westminster by Vierne.