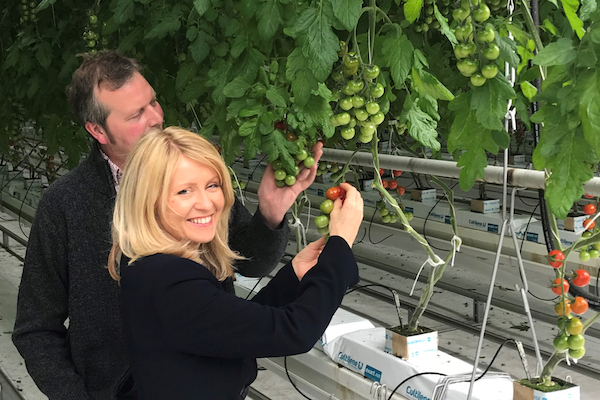 A Knutsford family business is leading the way using innovative means to grow produce, and is a prime example of how Britain can move towards self-sufficiency, an MP has told colleagues in Westminster.

Tatton MP Esther McVey highlighted Frank Rudd and Sons based at Over Peover, to ministerial colleagues at the Department for Environment, Food and Rural Affairs and Department for Business, Energy and Industrial Strategy by telling them about the innovative growing techniques used by the firm.

Unlike traditional tomato growing, the grow bags used by Frank Rudd and Sons are suspended about a metre off the ground and grow upwards until they reach the ceiling and then grow along the ceiling, guided by wires.

Work on the vines – whether pruning, harvesting or supporting the vine – happens from carts running on tracks between the vines.

Ms McVey said: “This is a modern and innovative way of growing produce and the way technology is being used, in a positive way, is fantastic.

“Not only this, they use bees and wasps to control the insects on the tomatoes which reduces to negligible amounts, any pesticides needed.” 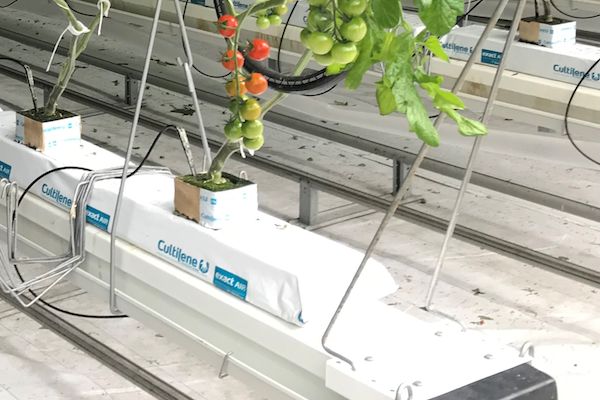 Esther added: “So many people are cut off from where there food comes from but we have this innovative business on our doorstep and I needed to share their excellence with colleagues as they are an example of how Britain can be self-sufficient and we can learn from them.”

Shed said: “Eleven months of the year tomatoes are produced at the farm. Buying locally is better for Britain and the environment.”

The business currently supplies to both large supermarkets and local businesses, including farm shops and greengrocers, and is hoping to extend and invest in more greenhouse space in the next couple of years.

Currently just 20 per cent of tomatoes eaten in the UK are grown here and the Rudd family sees huge potential in substantially increasing that figure. 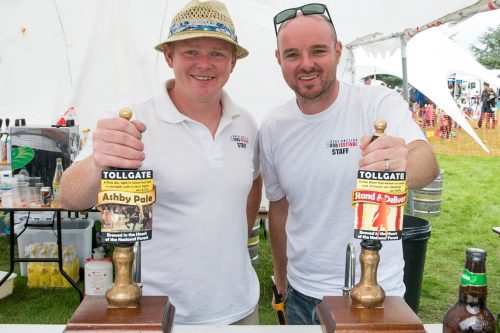