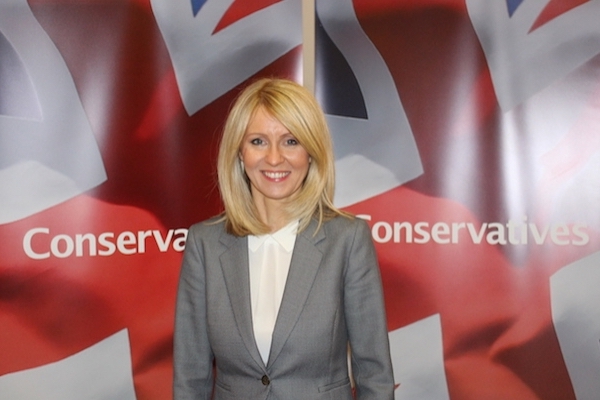 In this article, we speak to Esther McVey, standing for the Conservatives in Tatton.

I believe in public service and providing the route by which local residents can have their voice heard and have matters changed in Westminster.

I did that successfully to increase funding for schools and police. Fundamentally, my role is about standing up for democracy and the democratic process.

In the last couple of years politicians certainly haven’t covered themselves in glory.

MPs from all parties overwhelmingly voted to have a ‘once in a lifetime in/out EU referendum’ only to argue against the result and prevent its implementation.

Whilst many people might not have liked the result, to go against a democratic vote has very significant, long term implications.

We are seen as the ‘mother of all parliaments’, a centre of democracy the world over and often used as an independent arbiter when countries overrule their people.

How can we then hold that global position if we go against the biggest ever democratic vote this country has ever seen?

I want to ensure parliament lives up to the high standards expected of it and delivers the referendum result.

Having ensured Cheshire schools and policing got extra funding, I want to ensure the extra money works for Tatton.

I campaigned successfully for a full review of HS2 and will continue to work with locally affected residents.

You can’t underestimate the impact on individuals, communities and the environment of those directly affected by HS2.

We need better local bus services, as a reduction in buses disproportionately affects the most vulnerable, better, more reliable local trains with the promised second train an hour from Northwich to Manchester and we need to improve our local roads – ensuring we get our fair share of the money allocated nationally to repair potholes.

Nationally the Conservative Party has pledged better broadband and connectivity particularly in rural areas, so I will continue working with residents to ensure we get the best broadband in Tatton.

We have a wealth of entrepreneurial talent in our area who I will continue to support. I will hold biannual meetings to ensure the Treasury hears what is important to our businesses.

Our local farmers do a great job, especially diversifying and innovating and our manifesto focuses on that.

I will continue working with them to ensure they get the support they need to maximise the opportunities that will bring.

Finally, I will continue working with community groups and charities, whether that is highlighting their work, finding volunteers or pointing them towards funding.

These are laid out in the manifesto but there are some key points, for me.

People should feel safe in their homes so we have a plan that supports the police, gives them the tools to do their job and communities the reassurance that criminal activity will be dealt with.

Our plan deals with the causes of crime through to conviction and rehabilitation.

Environmentally, the UK is helping lead the way globally. Through this Conservative government, the UK will be the first industrialised nation to commit in law to be net zero carbon by 2050.

We led the world by banning microbeads and with the plastic bag charge, with 15 billion fewer bags being used.

In 2010, 6% of our electricity came from renewables, this now stands at 37% and increasing.

Conservatives are the original party of conservation and the countryside and will maintain that position as we move towards net zero carbon, and work internationally to ensure other leading nations do the same.

Closer to home we will create a Northern Forest of 75,000 acres of trees a year and restore our peatlands.

I have been at the forefront of policy-making on ‘the future of homes’ for safety, quality and environmental standards.

I look forward to further developing the ‘Construction Corridor of the North’ specialising in modern methods of construction, spanning from Cheshire to Yorkshire, and creating low to zero Carbon homes with low to no energy bills.

Once mature, this native industry could be a global leader worth £40 billion annually to the UK.

This is a manifesto to ensure we deliver Brexit. Get out of the paralysis the country finds itself in, and move forward so we can deliver a strong ambitious domestic agenda.

In particular extra support to the NHS to provide more nurses, doctors and hospitals – which is only possible with a strong economy.

Extra support too for mental health, an area of growing concern and need and delivering on social care.

First, ensuring £1B of extra support is put into social care immediately and then every year, then guaranteeing no one will need to sell their home to pay for it and finally, developing a cross-party consensus on the way forward so social care doesn’t become a political football.

This manifesto is about levelling up opportunities across the country, investing in our young people, in technology and supporting ideas and aspiration.

Originally from Liverpool I now live in Tatton with my family.

I trained as a lawyer before working as a producer and broadcaster for the BBC, after which I established my own business and was nominated for Woman of the Year both in Cheshire and Merseyside.

In 2010 I became the first and only Conservative MP on Merseyside since 1997, and from 2012 to 2015 I joined the Government, becoming Minister for Employment and was made a Privy Counsellor.

In 2017 I was elected as the MP for Tatton, and was the Deputy Chief whip, before being promoted to Secretary of State at the Department for Work and Pensions, before resigning at the end of 2018.

I rejoined the Cabinet in July 2019 as Minister for Housing within the Ministry for Housing, Communities and Local Government.

A champion of social mobility, through my charity, ‘If Chloe Can’ which provides career support, inspiration and ambition for school pupils.

I have written several careers books for girls and boys which have been turned into plays by the National Youth Theatre and have been performed around the country as well as in London’s West End.