‘Dead Dead Good Weekend’ to get Northwich rocking this May 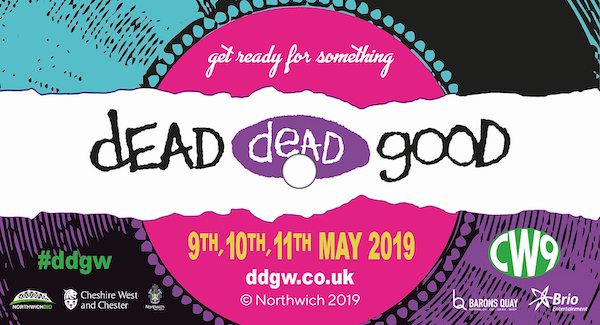 Taking place on Thursday 9th, Friday 10th and Saturday 11th May 2019, the event was born out of a desire to continue the growth of the new music scene in the area and to celebrate the town’s heritage.

The festival will feature a range of local bands performing at a range of venues in the town.

Chris Mundie, has been involved in the organisation of the event and revealed more about the aims of the festival.

He said: “The name is taken from Dead Dead Good Records who were founded in the town in the late 80s and went on to be instrumental in the development of the North West indie scene.

“Furthermore, Steve and Andy of Dead Dead Good Records were keen to get involved and help to curate the festival with us. Accordingly we are proud to present the Dead Dead Good Weekend.”

He added: “It’s been really pleasing to see how many local independent businesses and venues have got on board and are organising their own events to put under the DDGW umbrella.

“The spine of the festival is based around a number of great gigs, all culminating with a headline performance from one of the most vital bands in the country Cabbage on Saturday 11th of May.”

Throughout the festival there are performances and appearances from a number of big names within the North West’s music scene.

Reclaim Vienna, Deja Vega, Mark Radcliffe and Clint Boon will all take to the stage while the whole festival will kick-off with a headline set from Silent-K (which features Dave Macabe from The Zutons).