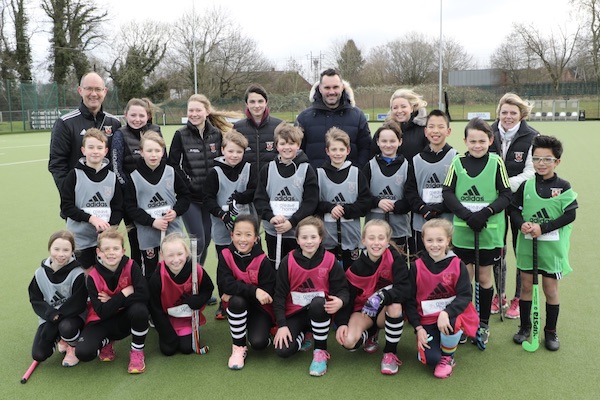 Both of the Badgers’ and Beavers’ A and B teams ran out winners against Bowdon and Oxton respectively in friendly fixtures on Saturday, while two U11 Girls’ teams posed excellent wins in a Greater Manchester tournament at a bitterly cold Armitage Centre on Sunday.

Hopefully acting as inspiration for the younger players, Edge’s 14 league teams also netted a total of 42 goals during Saturday’s fixtures – an impressive 15 of these coming from the Men’s 2s and 3s.

Andrew Wood and Declan O’Hara each found the back of the net twice – with Joe Coxon, Simeon Mellor, Oliver Jones and Simon Swatland also adding to the score line.

The final score was 7-0, courtesy of an Andrew Walker hat trick, two goals from James Parkin and one apiece for Matt Hardy and Adam Allmand-Smith.

The Men’s 4s and 5s drew against Mossley Hill and Deeside Ramblers 5s respectively, while the 5s enjoyed a 2-1 win over Stockport Bramhall 2s.

The Ladies’ 1s paid the price for not converting numerous short corner opportunities in their 1-2 away loss at Sheffield Hallam, but the 2s continued their fantastic form with a 2-0 win over Oldham.

The 3s were outclassed by Winnington but the 4s, 5s, 6s and 7s all posted well-earned wins.