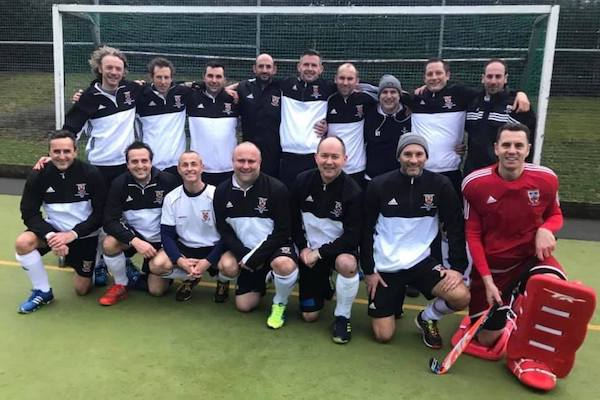 Alderley Edge Hockey Club secured an impressive 9 out of 10 league wins as the second half of the 2018/19 season got underway for the majority of its squads on Saturday.

Six ladies’ and three men’s teams all won their fixtures on Saturday with the Men’s O40s also progressing to the next round of the England Hockey Masters Championship with a 5-2 away win against Leek on Sunday.

The Ladies’ 1s’ and 2s’ wins – against Kirkby Stephen in the North Premier League and Didsbury Greys in North Division 2 respectively – see both teams sit third in their leagues.

Goals from Libby McCoy, Lois McTiffin and Sarah Hopkin eventually thwarted some dogged defending by Kirkby Stephen in the 1s’ match, while a hat trick from Pheobe Gardner and goals from Zoe Thomas and Tally Smith cemented the 2s’ 6-0 thumping of Didsbury Greys.

The Ladies’ 3s’ game against Deeside Ramblers 2s in Cheshire League Division 1 was a high pressure start to their 2019 campaign as Ramblers went into the fixture two points ahead of Edge in the league.

However, goals from Jen White and Sophie Miller ensured Edge emerged winners and now move ahead of Ramblers in the table.

The 4s and 5s continue to dominate the business end of Cheshire League Division 4 .

The 5s’ 4-3 win over second placed Sandbach 1s now sees them eight points clear at the top of the table, with the 4s just one point behind Sandbach in third following their 3-0 win over Lymm 4s.

The 6s fought back from being 0-1 down at half time against Crewe Vagrants 4s in Division 5 after Issy Broadhurst found the back of the net twice in three minutes.

Although the 7s lost 0-5 at home to Division 6 leaders Club Eiras, they gave the Welsh club (who have seen off other opposition 16 and 19-nil) their closest fight of the season to date.

The Men’s 1s recommence Premier Conference League action on 3rd February and the 2s also have another week of training before they re-start their North West Division 2 campaign against Lytham St Annes next weekend.

The 3s’ 4-1 win over Bebington 2s elevates them to fourth place in North West Division 3, while the 4s’ 2-1 win over Runcorn 1s in Division 4 moves them up to third.

Josh Benton opened the scoring for Edge in this match with Rob Marks securing the win with a second half strike.

The 5s and 7s both played friendly fixtures against Bowdon, while the 6s wrapped up Edge’s ‘Super Saturday’ with a 5-0 win over Timperley 5s.