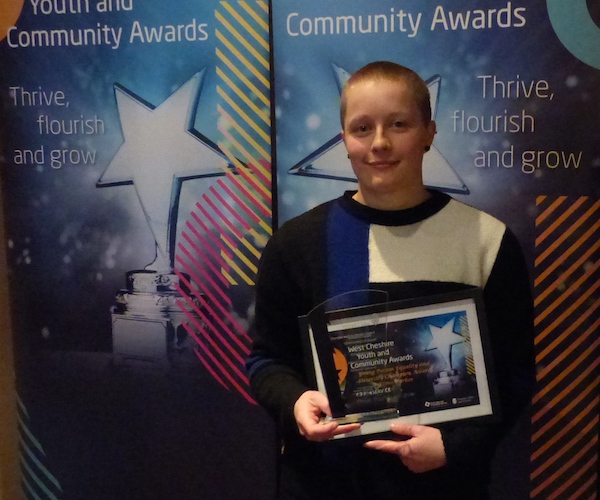 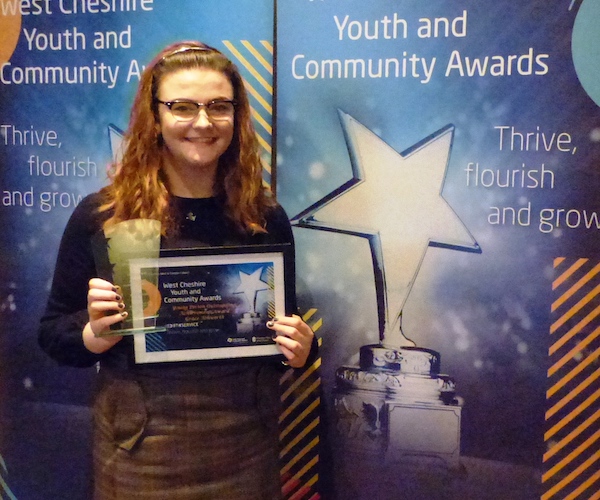 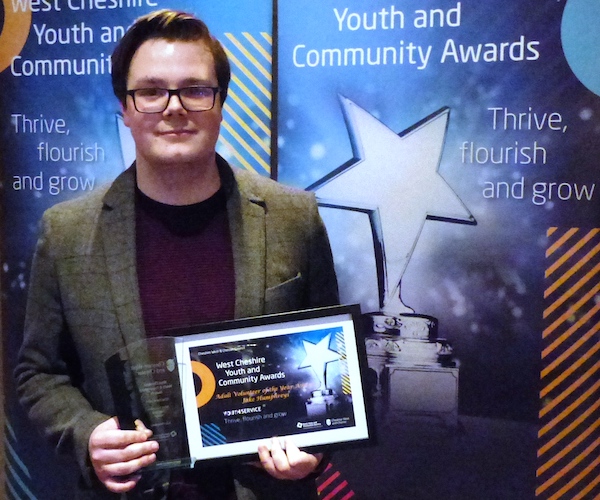 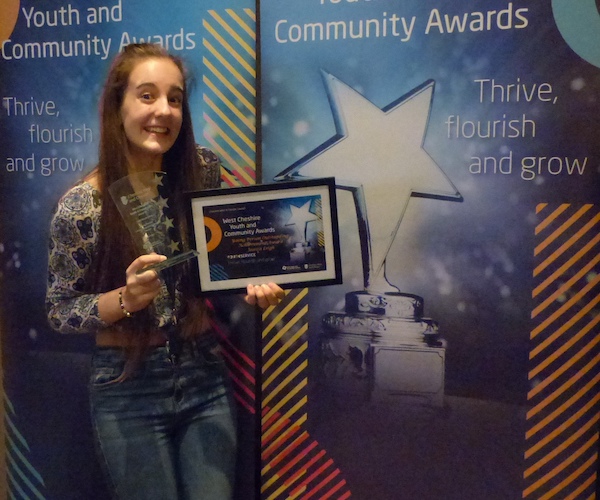 “Inspirational,” “rewarding” and “overwhelming” – just some of the words being used to describe the inaugural West Cheshire Youth and Community Awards.

Youth workers who support 13 to 19-year-olds and young people themselves were praised in a ceremony run by the council’s Early Help and Prevention Service.

There were nine award winners at the event, held at Forest Hills Hotel in Frodsham, in categories including Young Person Outstanding Achievement and Volunteer of the Year.

Among the winners was Jess Leigh, recipient of the Young Person Outstanding Achievement award.

Jess said: “For me it was so humbling, it was so inspiring to see all these incredible people in one room and see people coming together for this ceremony.

“The award inspires me to do more and more. It is like a little bit of a boost.”

Cllr Nicole Meardon, CWAC cabinet member for children and families, said: “It was a fantastic evening. We were overwhelmed by the number and quality of nominations we received.

“It is evident there is some fantastic work taking place across our borough and I am delighted we were able to take the opportunity to recognise the people involved.

“I would like to offer my personal congratulations to everyone who received an award and to thank all those who took the time to submit a nomination.

“Without your contributions we would not have heard of all the brilliant work being undertaken.”

This year’s winners are listed below:

Young person care for others

Recognising a young person with extra responsibilities. Someone who, given their circumstances, is still achieving, supporting others and overcoming barriers. The council was especially keen to hear from people who empower others and advocate on other people’s behalf. Two awards were presented in this category:

Mental health is the most important issue to young people in west Cheshire according to the Make Your Mark data the Youth Senate collected last year. This award recognises a project that has listened to the needs of young people, working innovatively and creatively to support emotional health and wellbeing. One award was presented in this category:

Young person volunteer of the year

Recognising someone who volunteers in the community. The work is unpaid and benefits children and young people. Three awards were presented in this category:

CWAC’s Early Help and Prevention Service works to help local children, families and young people with complex needs and adults affected by domestic abuse. Working together with partner agencies, they try to intervene as early as possible to help families make positive change. This award recognises a project that works with the same ethos to step in early to support a family or a community with specialist targeted support. Someone who has brought together services and contributed to early interventions. One award was presented in this category:

Partnership of the year award

Recognising a partnership approach to working with young people. It is about an organisation that has worked together to achieve better outcomes. One of the priorities in the council’s plan centres around giving local children and families the best start in life and the best way to do this is by working closely with partner agencies. The award winner sets a great example of how working in partnership has reached a wider audience to deliver great results for young people. One award was presented in this category:

This award is for someone who has overcome a barrier and promotes diversity. It is about someone who challenges inequality in some way and promotes rights and is someone to watch in terms of empowering others. Three awards were presented in this category: