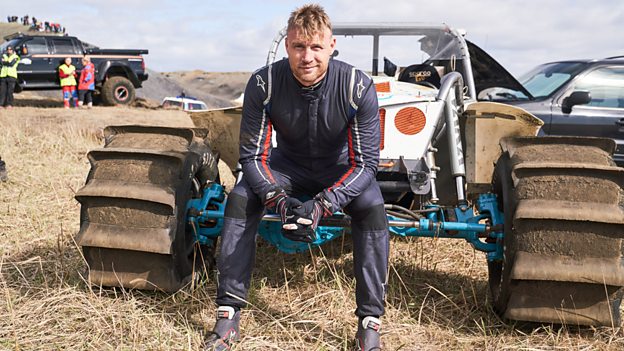 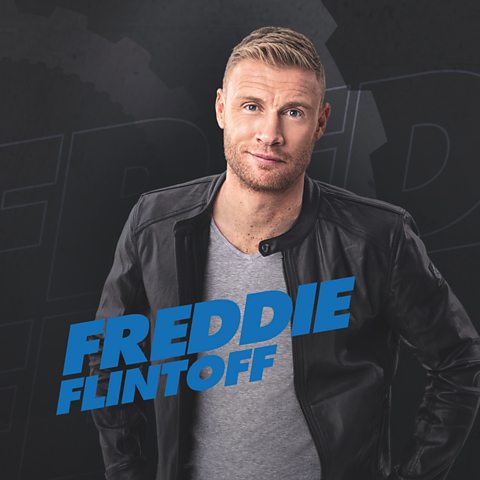 What was your reaction when you heard you had got this job?

I was filming A League Of Their Own when I heard they wanted me to screen test for Top Gear. It was the only job I really wanted. I turned up, and I’ll be honest with you, I got a bit competitive because I really wanted it. It took a while to hear back from the producers, and I thought: “This is not good.” Then one day I was sat in the back of the car with the kids. The missus was driving, and I got the call saying I got it. I was so happy. I thought: “How has this happened? How have I gone from the background I came from to work on a show as big as this, with Chris Harris!?” I’m very lucky with A League Of Their Own, but if there was one job I could pick, it would be this.

When did it sink in that you had got the gig?

When I went down to the track at Dunsfold for the first time, I thought: “Oh, I am actually doing Top Gear!” It’s such fun.

How would you describe your time so far on Top Gear?

We spent a lot of time during filming just laughing. Obviously, it is about the car – it is a car show. But it’s so much fun to make. I also love the opportunity to travel. I’ve been lucky that since I’ve retired from cricket, I’ve had some jobs which have taken me round the world, and that’s been great fun. But this has been special. I’ve been to Ethiopia, Borneo and Iceland. Travelling with Paddy is brilliant, too. He’s like a man who’s opened his eyes for the first time! He’s a fantastic travel companion.

Did you feel pressure coming into this job?

No. I was a fan. I always used to watch it. But in the world I’ve come from, you’re always following someone. There’s always pressure to do well, whether it be in cricket or on a show like this. But I’m really enjoying it, to be honest. The only pressure I feel is the pressure I put on myself. I can’t affect what the public think. I just have to go and do my job. That’s the attitude I took as a cricketer.

Did you have any accidents?

I rolled a hearse. And I gave a market stall in Mansfield a bit of a nudge. It was slippy in Mansfield. But I did offer to pay for the stall!

What have been your highlights from this series?

We went to Ethiopia, and that was amazing. I’ll be honest with you, I’ve been to quite a lot of parts of Africa, but nothing prepared me for how beautiful Ethiopia is. Unbelievable place. It’s absolutely stunning. The great thing about it is that driving through, it just gets better and better. For me, that’s one of the great things about the show. As a sportsman, you’re away for months on end, but with this, you are only away for a week or so. As a job, it’s brilliant, but as a life experience, it’s absolutely incredible. You get to travel to the most amazing places.

No. The nice thing about filming is that it is as it is. It’s not scripted. They put us in these places and we just crack on with it – and it is filmed. I do A League Of Their Own and Paddy does Take Me Out. They are the same. They just let the cameras roll and see what happens.

You and Paddy are both from different parts of Lancashire. Is there any rivalry between you?

Yes. As much as we love each other, there is that little bit of niggle between different areas of Lancashire. That comes through a little bit in the show.

How would you characterise your relationship with Chris?

It’s great. Chris plays himself down a bit. We’ve come on to the show that he’s been involved with for some time, and he’s funny! His car reviews are amazing, and I just watch him drive in awe. On that side, you never stop learning.

Do you have a problem getting into small cars?

Yes! I bought a Lamborghini, but I couldn’t fit into it! That’s an ongoing story. I’m a big lad, aren’t I? There are some cars that I can’t fit into, the Lamborghini being one of them. I’ve now swapped it for a convertible, so I can look over the top. I’ve got a bad camber on my drive, so I can’t get up the path unless I can see it properly. I fit into some cars better than others. As I get older, I prefer bigger, comfier cars rather than squeezing into all sorts, unlike Chris, who can get into pretty much almost anything!

Are some of your celebrity friends eager to come on the show?

Yes. I realised how big the show was when I did a Comic Relief special with Robbie Savage. He thought he was coming on to Top Gear, but in fact it was a prank. He was really, really excited. That’s when I realised that people really want to come on the show. Some of the lads I work with will be desperate come and join us. It’s a measure of how big the show is. All my mates want tickets for the studio recordings. I can’t give them away for the cricket!

Finally, has your driving improved since you have been on Top Gear?