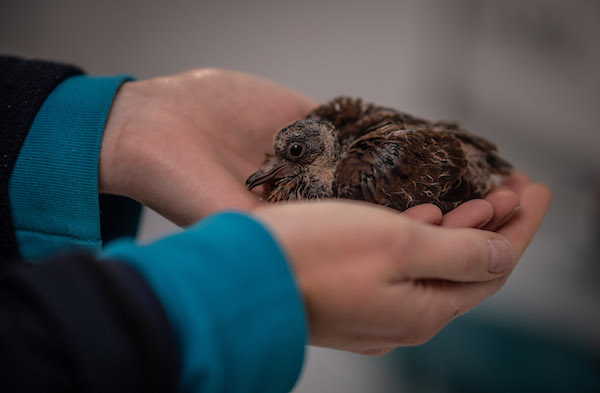 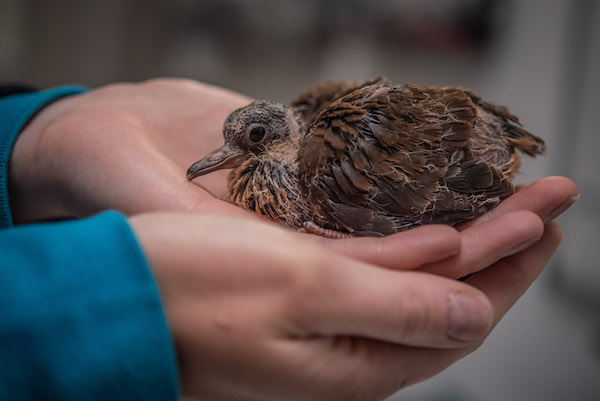 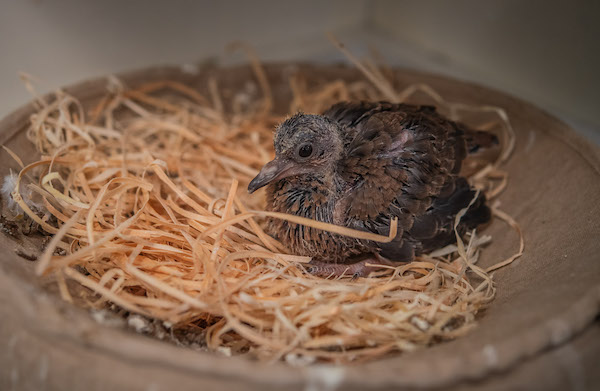 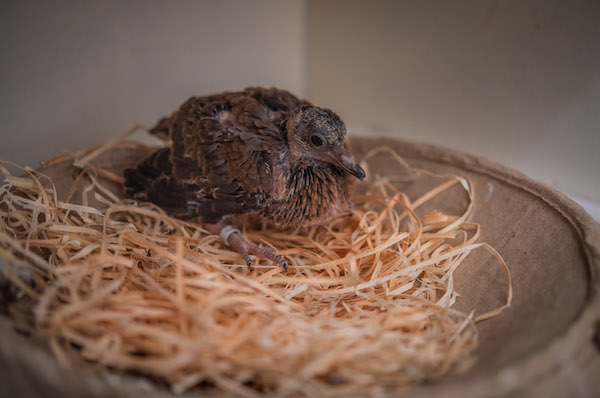 Two chicks belonging to a species that was declared extinct in the wild almost fifty years ago have hatched at Chester Zoo.

The Soccoro dove, which originates from the Socorro Island (located 400 miles off the west coast of Mexico) vanished from the wild completely in 1972.

The introduction of sheep that ate the plants the doves depended on for food and shelter, and invasive species such as cats that preyed upon the birds, are believed to have been the main factors behind their demise.

Now, there are less than 200 Socorro doves, existing entirely in zoos around the world. There are just 23 in the UK – a figure which includes Chester Zoo’s latest arrivals.

The chicks, which hatched on 7th November and fledged 20 days later, were raised by ‘foster parents’ – a pair of barbary doves – as adult Socorro doves have a poor track record of incubating eggs and raising their own chicks.

Bird experts at the zoo helped to ensure the chicks had a smooth ride to adulthood, weighing them regularly to make sure they developed correctly.

The species is part of a European Endangered Species Programme (EEP), which is working to maintain a genetically viable population of the Socorro dove with the ultimate aim of returning the birds to their native habitat.

Currently, work is being carried out on Socorro Island to try and create safe areas in the wild for a future reintroduction of the doves.

Andrew Owen, the zoo’s Curator of Birds, said: “Zoos in Europe, the USA and Mexico have, for some time, been breeding Socorro doves as part of a globally managed programme which is working to return them to their ancestral home.

“These chicks are significant additions to the recovery programme for the Socorro dove. It’s rather humbling to think that they could play an important role in one day seeing the species fly around the island of Soccoro once again.”