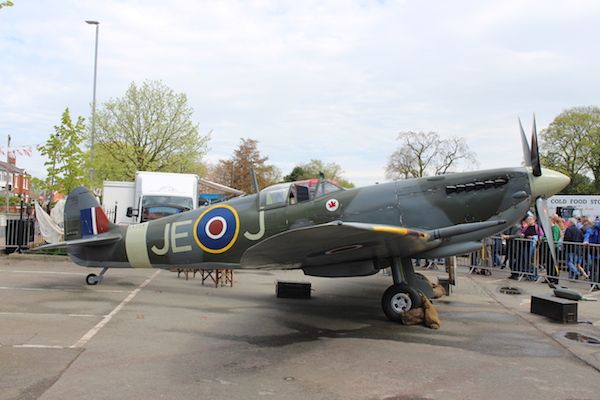 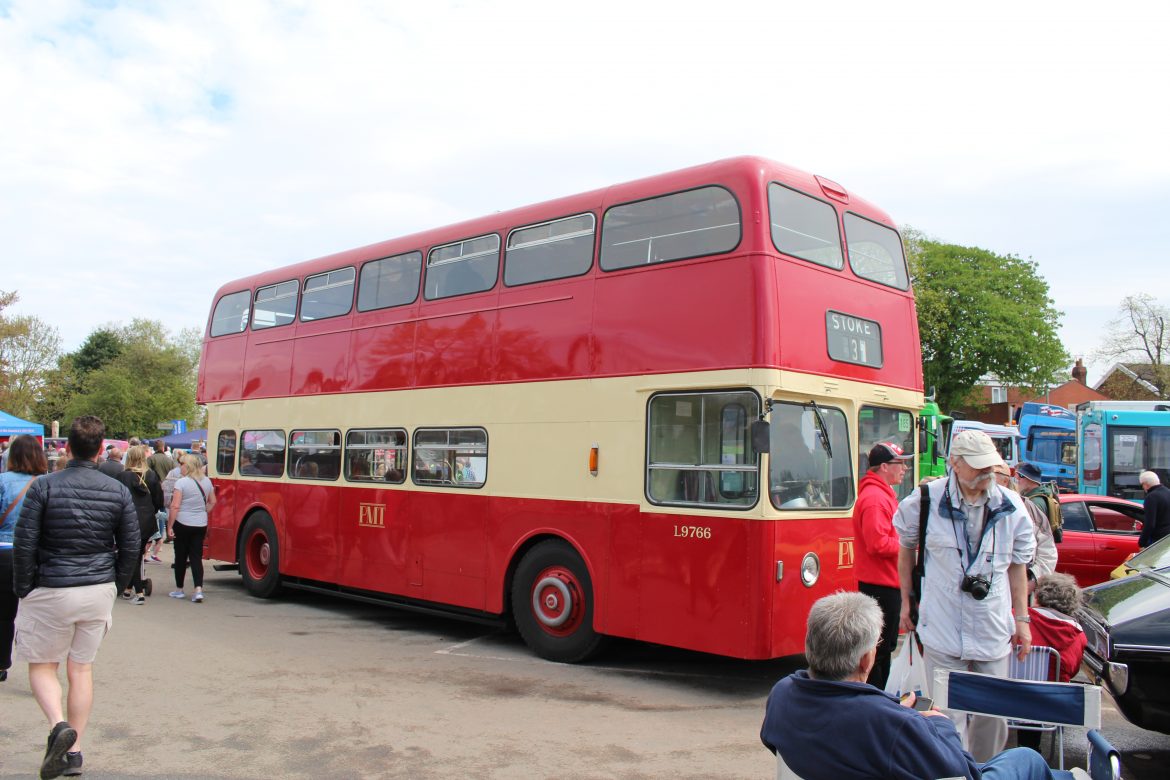 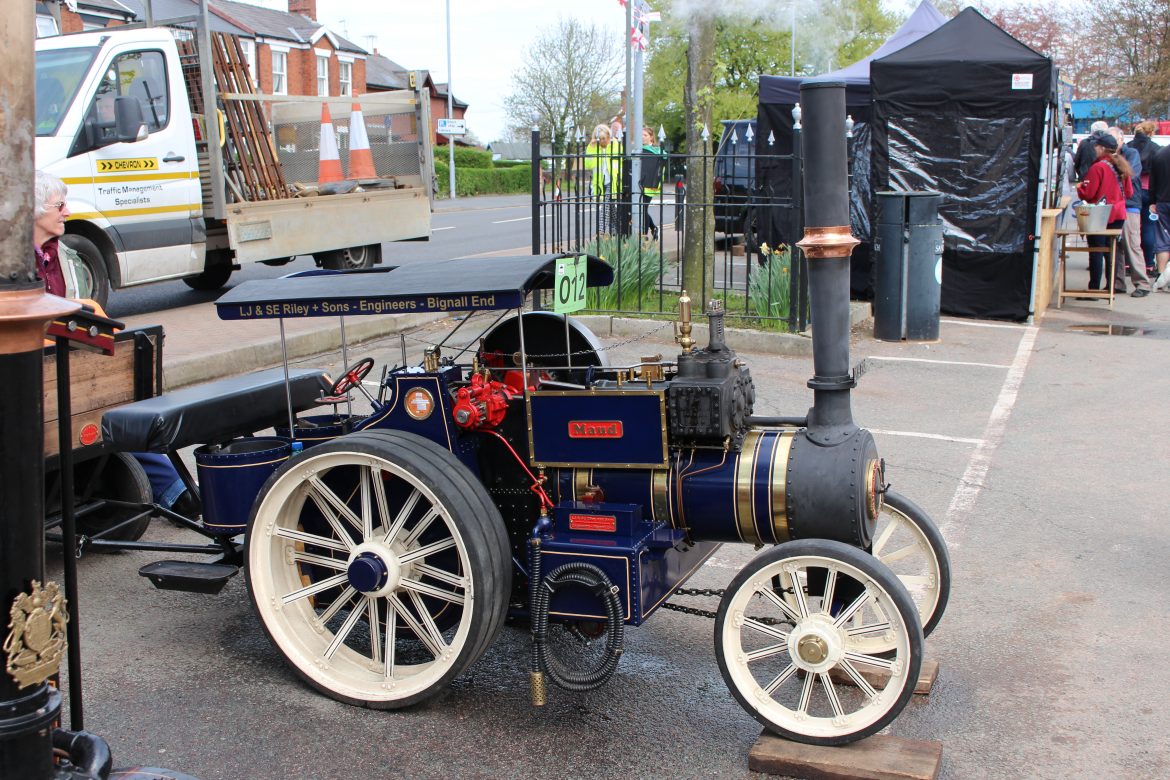 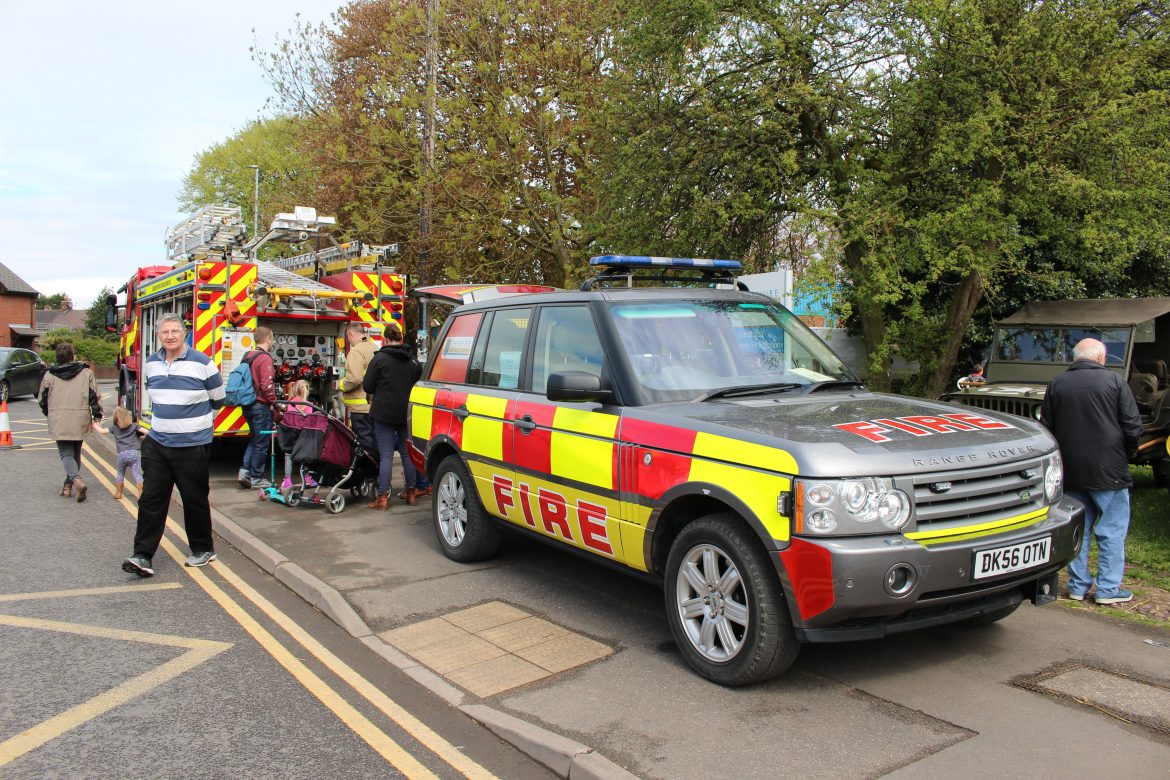 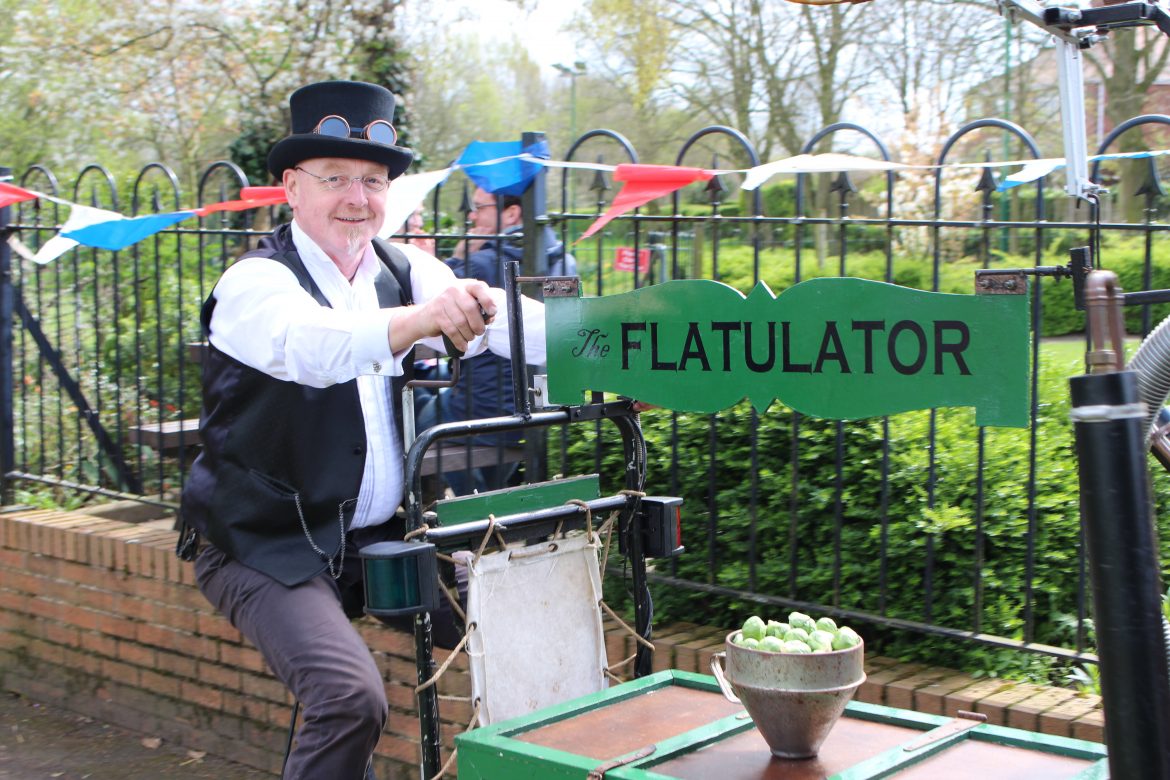 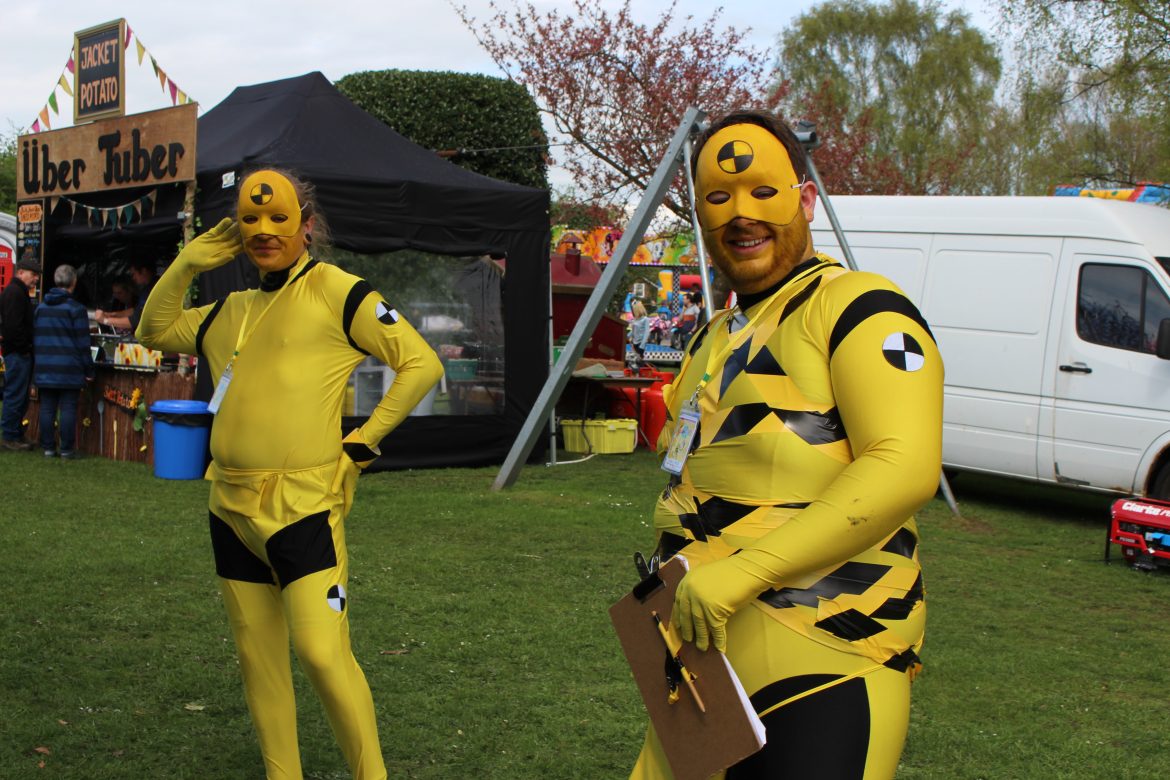 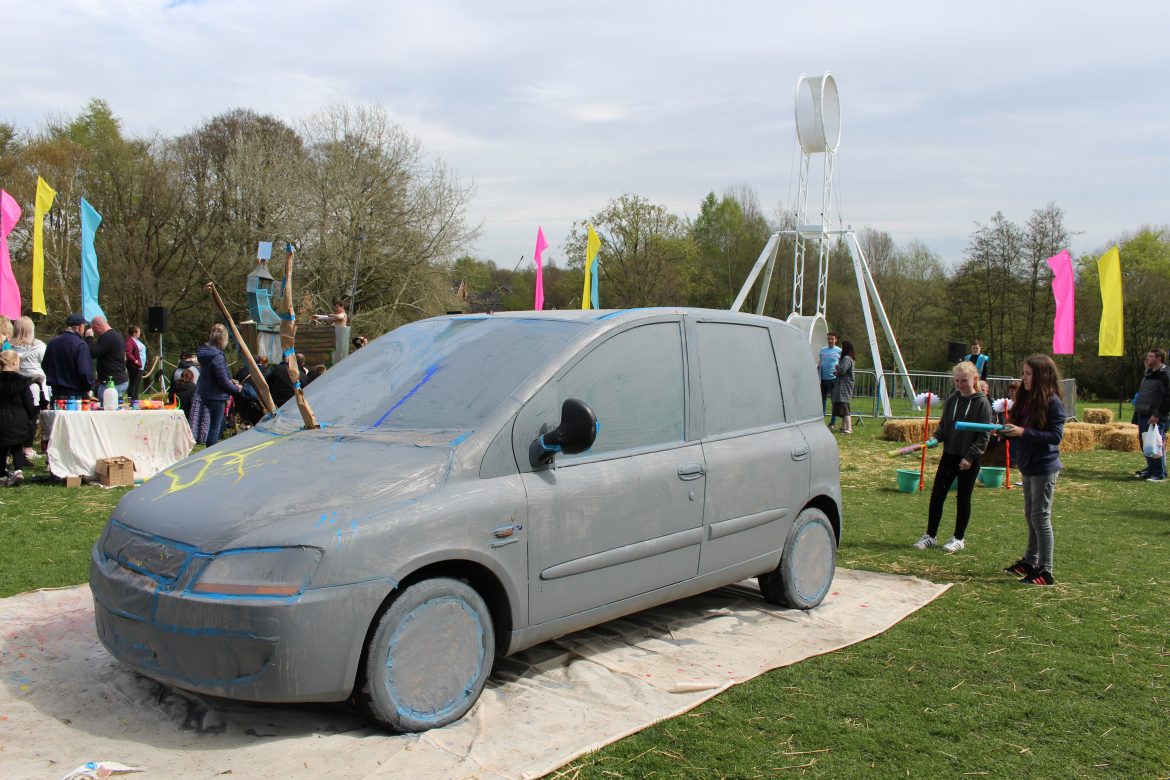 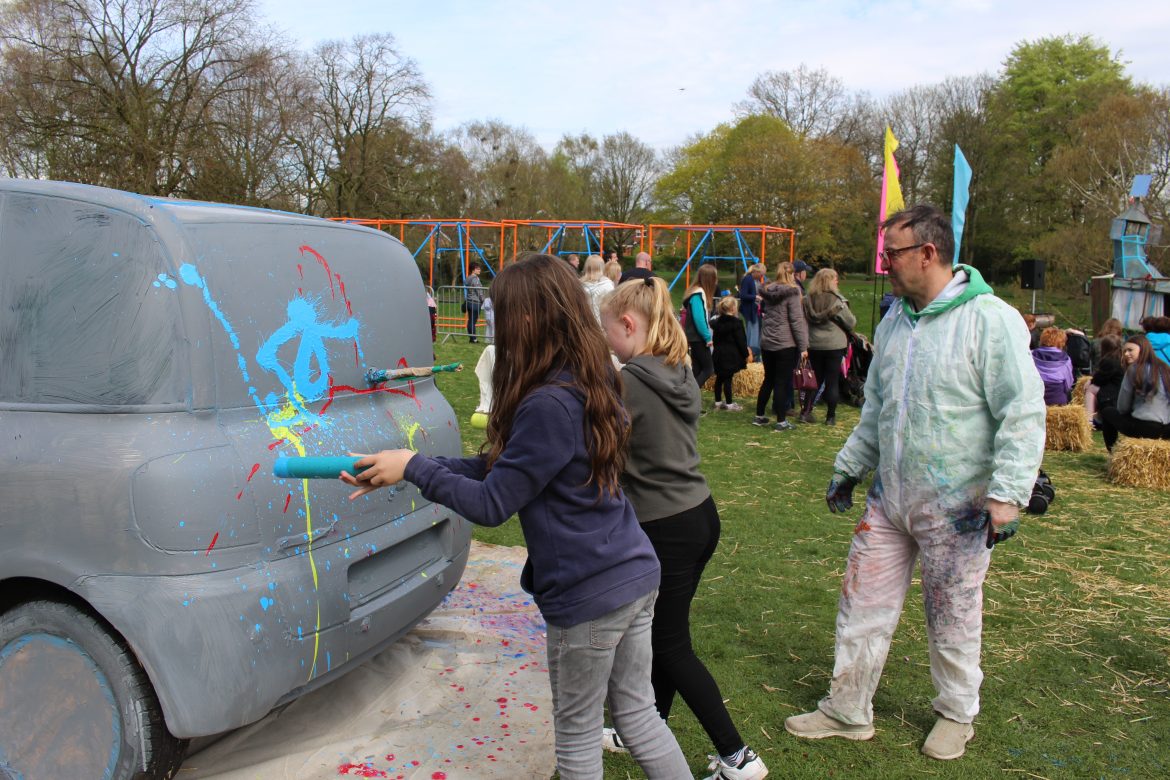 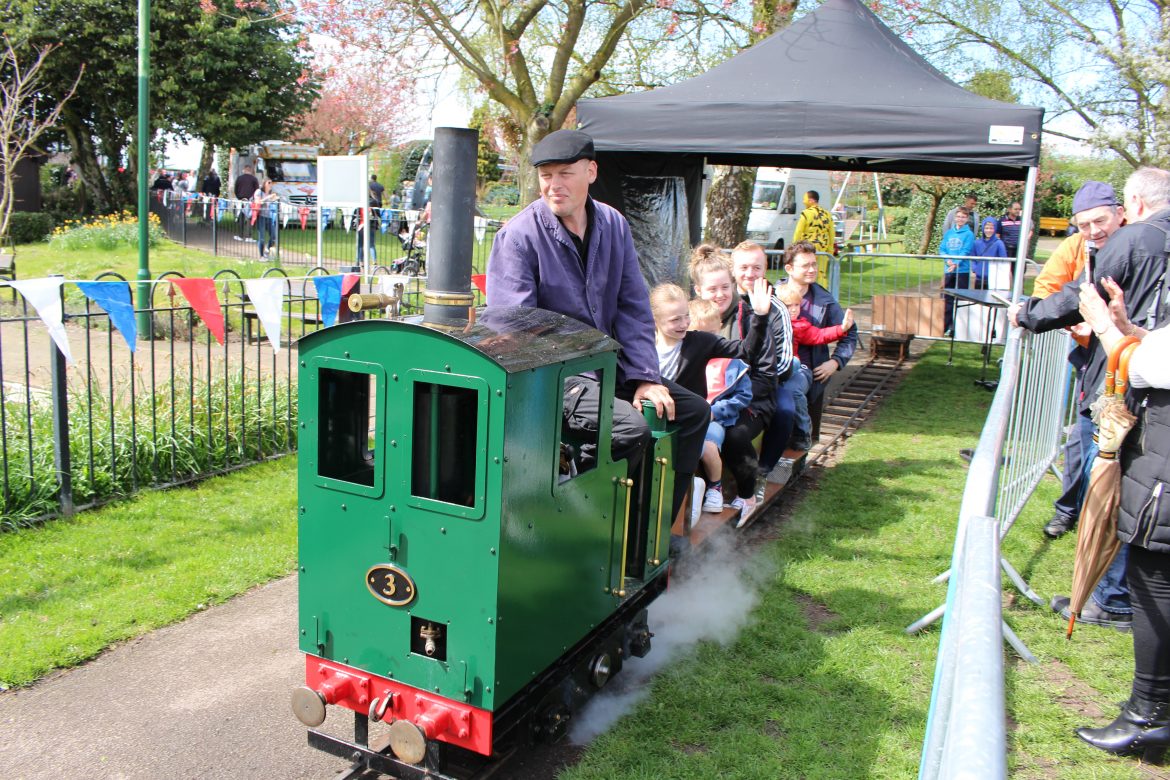 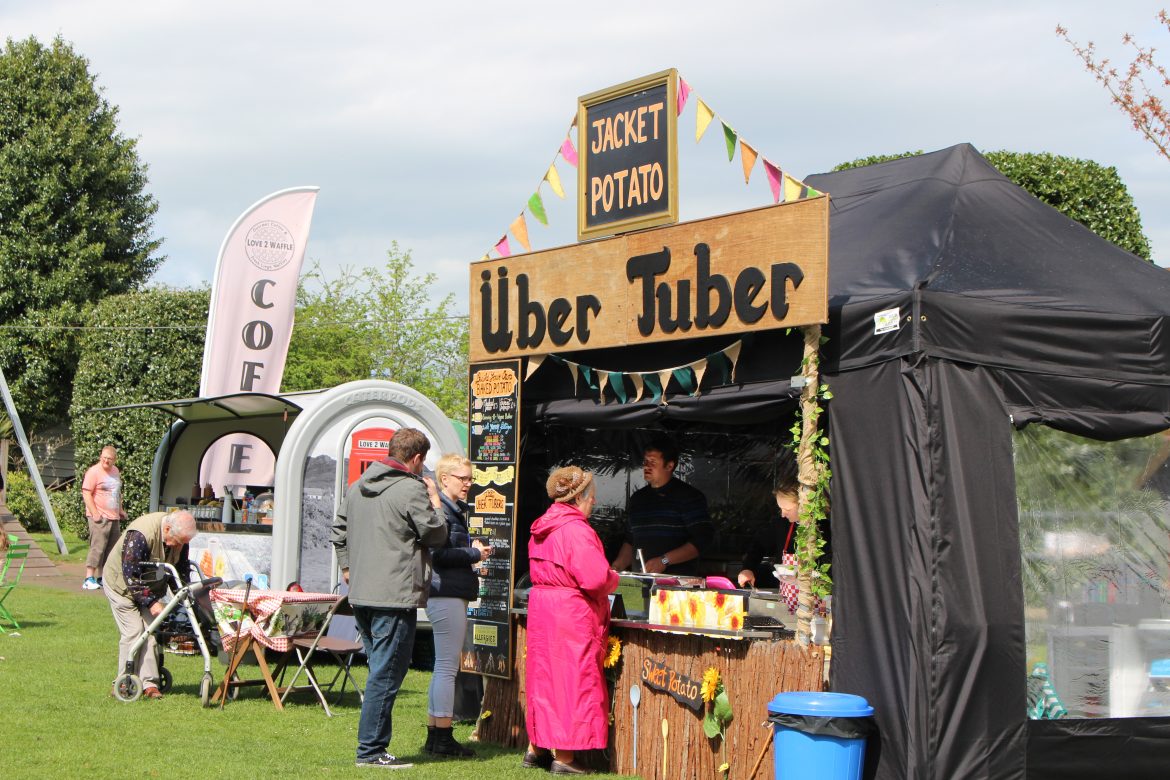 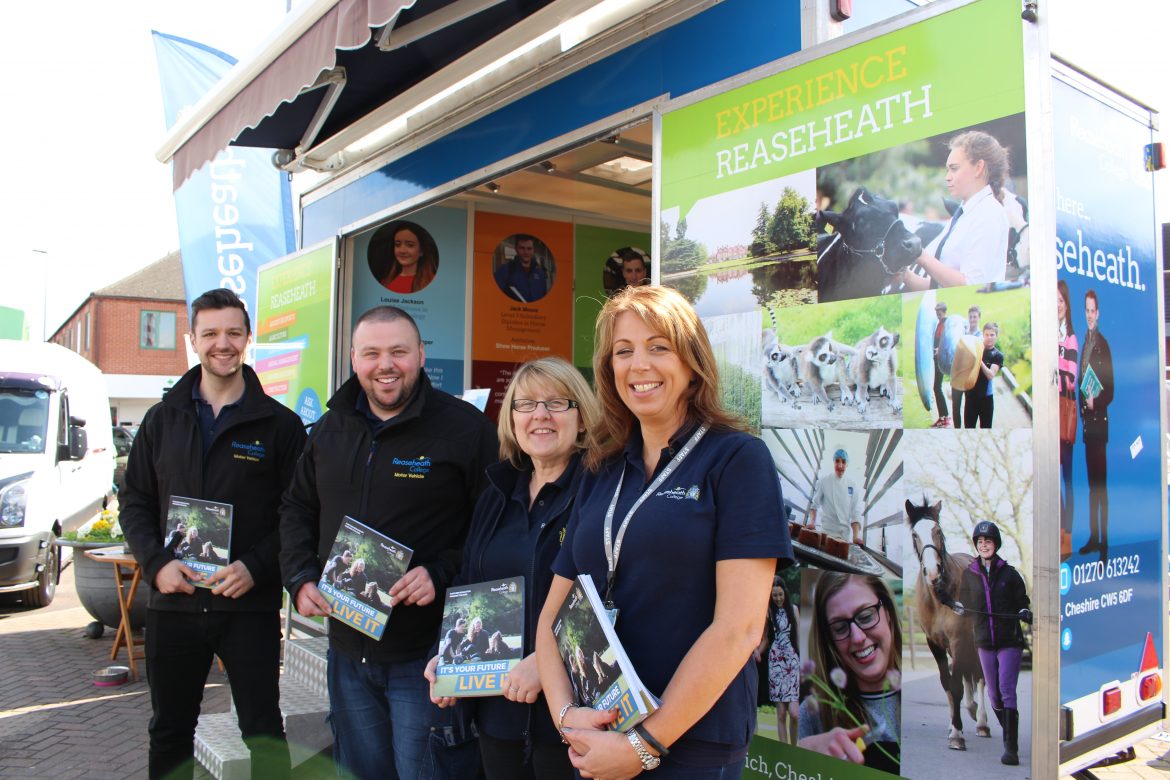 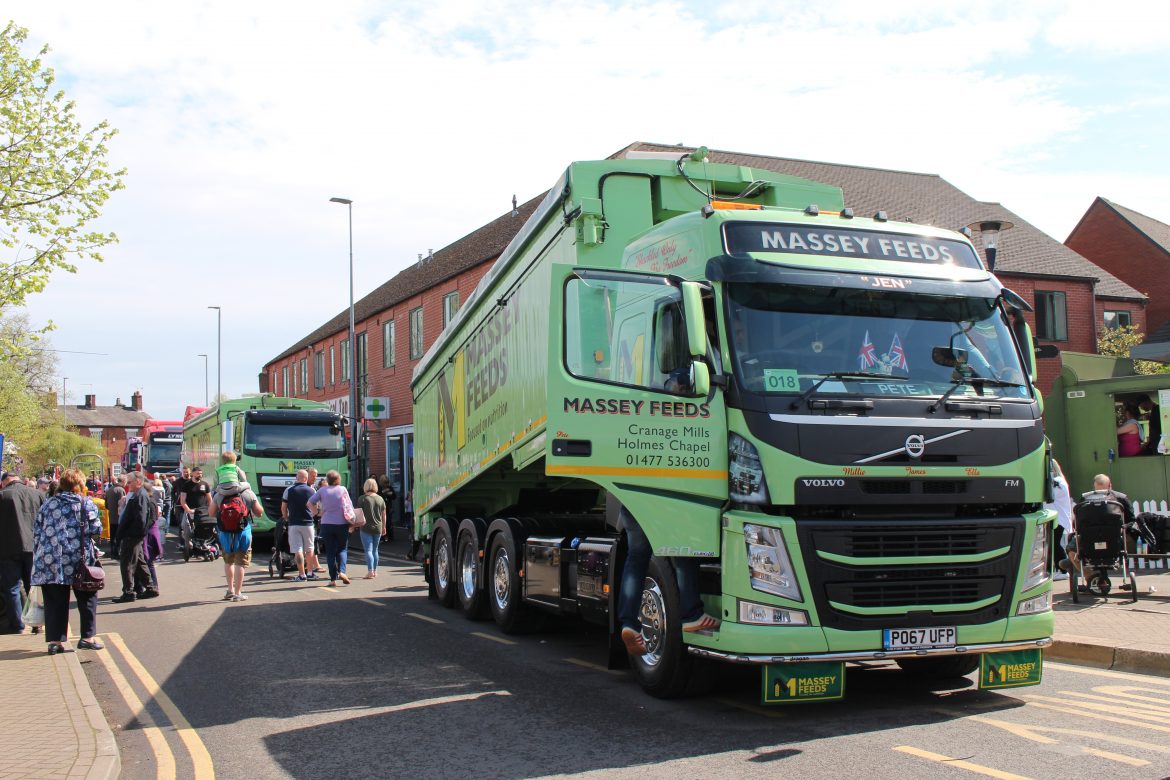 The annual Sandbach Transport Festival took place over the weekend of 21st/22nd April.

In addition to the usual displays of vehicles – from classic to modern cars, as well as HGVs, buses, tractors, military and emergency vehicles – the SpareParts Festival also returned, thanks for funding from Arts Council of England.

In a nod to the centenary of the end of World War 1, a full-scale replica World War 2 Spitfire was also in attendance.

Organisers cite a link to the town in that truck builder ERF (based locally) purchased a Spitfire to present to the Royal Air Force to support the war effort.

To raise the £5,000 cost of the aircraft, the firm held a raffle in which the first prize was a brand new ERF truck!

The aircraft was named ‘Sun Works’ after the company’s manufacturing plant and went into service with a Canadian unit of the RAF in 1941.

Whitfield Light Railway set up tracks on the park to provide train rides on both days of the festival, and on Saturday there was a walkabout t-rex roaming The Common!

There was entertainment on The Cobbles too, with a music festival featuring a variety of local bands and Foden’s Band playing on Sunday.

As always, plenty on offer for everybody. For more information, visit: www.sandbachtransportfestival.co.uk