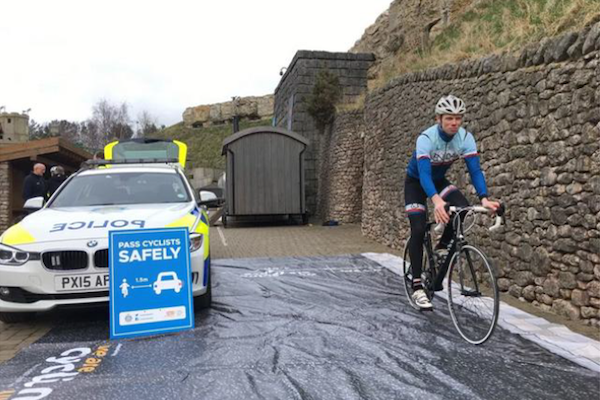 The letter below has been sent by Cheshire East councillor Cllr Suzie Akers-Smith who is independent ward member for Congleton West.

In addition to her duties as ward councillor, Cllr Akers Smith is also CEC cycling and walking champion.

One of my aims as a Cheshire East Councillor is to improve the safety of our roads.

Anybody in Cheshire East who has crossed roads and roundabout junctions will have either been tooted off the road, or not been ‘allowed’ to cross.

Significantly more light-controlled and zebra crossings around the borough are needed, reduced traffic light timings that prioritise pedestrians, many more dropped kerbs are needed especially for those who use mobility aids and to make life better for the residents of Cheshire East to feel safe in being active.

Each time a person is killed or seriously injured from a vehicle collision it spells heartbreak for those families; to endure pain so great is unimaginable.

Living with a life altering condition because somebody has driven a vehicle at excessive speeds, driving while influenced by drink or drugs, being careless or not paying attention, that their need to arrive to a destination is greater than your need to feel safe so it seems.

In my role as the cycling and walking champion I owe the borough’s residents to deliver on making our roads, footways and cycle paths better and safer for everybody. And more bridleways too.

I assure you I am working as hard as possible to obtain funding for road crossings, segregated cycling infrastructure and all sorts of infrastructure improvements that will make our town safer and will encourage people to be more active and at the same time gradually reducing vehicle use, something we should all be aiming to do for short local journeys.

With the aim of trying to make our roads safer, it is with absolute delight that working with Cheshire Police road crimes unit we will be conducting the very first Close Pass event in December.

Every day, five people are killed by a driver, one child every week, and 500 pedestrians every year are killed whilst walking on a pavement.

In Cheshire East, 38 children were killed or seriously injured whilst cycling or walking – that is one child every six weeks.

When a vehicle close passes a cyclist, not only is it frightening and unnerving, the wind can make you wobble and fall off your bike into traffic or become involved in a collision or you might need to suddenly swerve around a deep pothole, puddle or dropped drain

Feeling safe on our roads is the main reason people will not cycle.

If a driver gives a cyclist at least 1.5m when overtaking, the same as they would a vehicle, this consideration will make people feel safe cycling.

If there is not enough room to overtake, don’t overtake.

Waiting behind a cyclist or a horse or a slow vehicle causes minimum delay to a journey, and it pays to wait until it is safe to overtake.

A huge thank you to Cheshire Police road crimes unit for organising the Close Pass initiative, and my gratitude to David Keane the PCC for engaging with Active Travel Congleton and Active Travel Crewe.