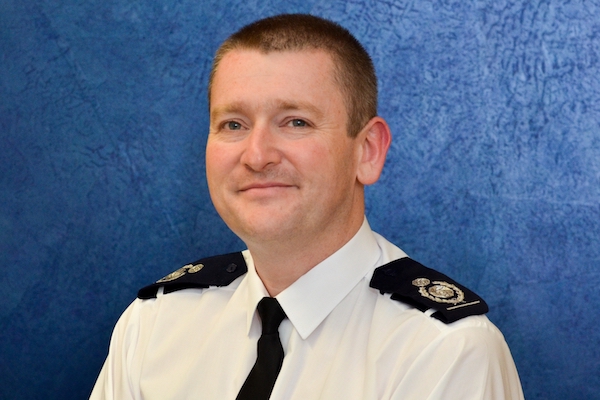 Cheshire Fire Authority has confirmed the appointment of the new head of Cheshire Fire and Rescue Service as Mark Cashin, following the retirement of Paul Hancock.

Mark Cashin, currently Cheshire’s deputy chief fire officer, was selected to become the service’s new chief fire officer and chief executive after an interview panel and subsequent member confirmation at a meeting of Cheshire Fire Authority on Tuesday (22nd  May).

Mr Cashin will take up the post on 1st July 2018, with Cllr Bob Rudd, chair of Cheshire Fire Authority, commenting: “I am delighted to announce Mark as our new Chief Fire Officer as I know he has all the right qualities to lead our Service in the future.

“Our interview and selection process was extensive and demanding and, while the panel was impressed with the quality of those shortlisted, we know we have the right person for the job.”

Born in Ancoats, Manchester, Mark began his fire and rescue service career in 1990, joining Greater Manchester Fire and Rescue Service where he held a number of roles before being appointed Cheshire’s deputy chief fire officer in 2007.

He lives in Moore in Halton with his wife and daughter.

In addition to his responsibilities within Cheshire Fire and Rescue Service, Mr Cashin is the national chair of the Fire Service Prince’s Trust Association (FSPTA).

Until recently he led the National Prevention Committee for the Chief Fire Officers Association (recently renamed the National Fire Chiefs Council) and during that time led a successful national campaign to change the law to require landlords to have smoke alarms in all their properties.

Mark said: “It is a real honour to be the new Chief Fire Officer for Cheshire.”

He contiuned: “Since I joined the service I have been, and continue to be, hugely impressed with the level of commitment and dedication shown by all our staff.

“We are well-known for our innovative approach to reducing the risks facing our residents and businesses and I want to put on record my 100% commitment to further improving the safety and wellbeing of the communities we serve.”

Cheshire Fire Authority members thanked current chief fire officer and chief executive Paul Hancock for his leadership and expertise since his appointment in 2009.