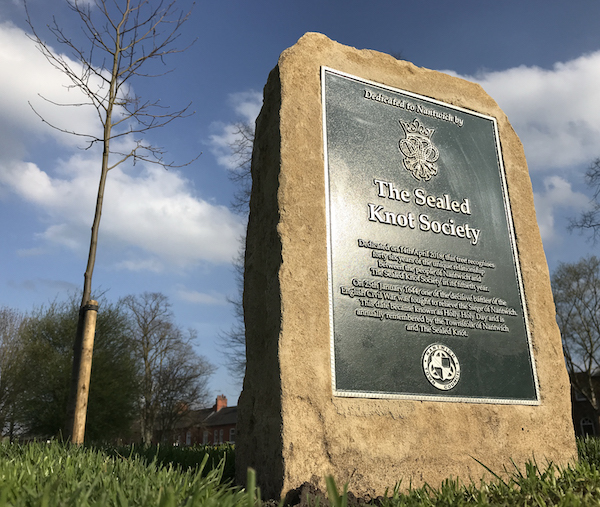 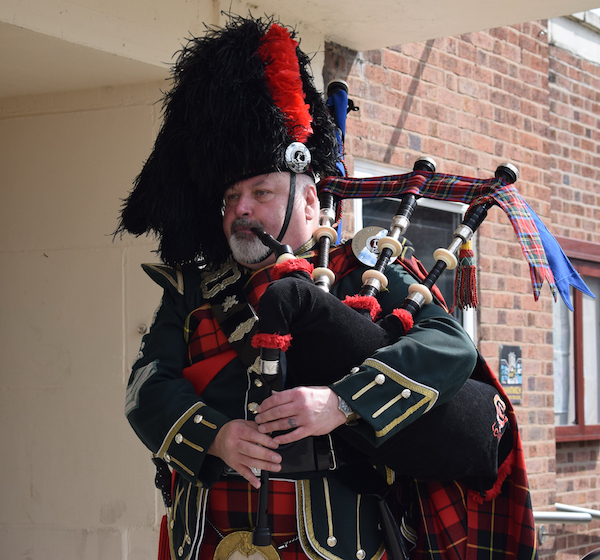 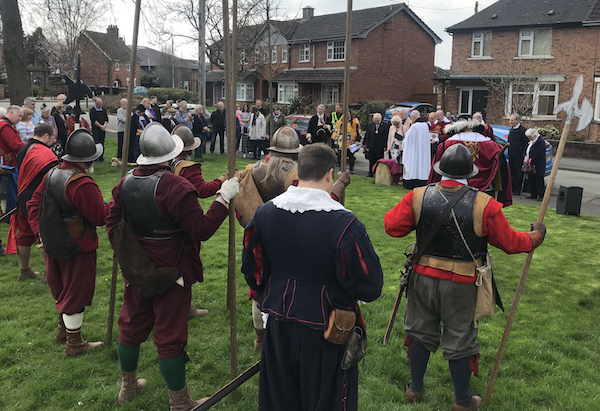 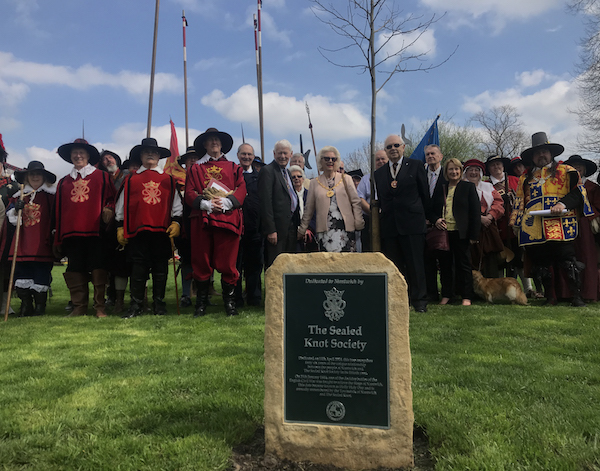 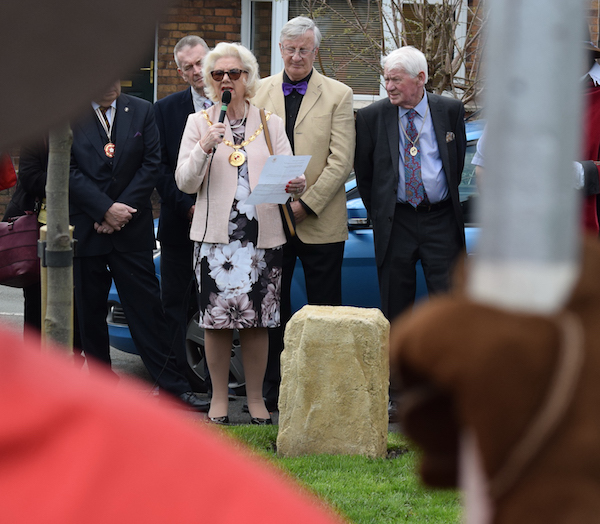 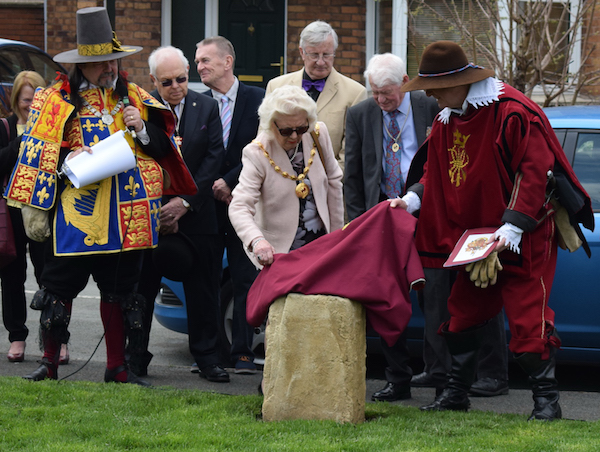 The Sealed Knot Society gifted a mature tulip tree, along with a metal plaque and a stone, to the town of Nantwich in a low-key ceremony held at Volunteer Fields on Beam Street on Saturday 14th April 2018.

The metal plaque was attached to a reconstituted Cotswold, stone inscribed with silver text on a green-black background. It reads:

On 25th January 1644, one of the decisive battles of the English Civil War was fought to relieve the Siege of Nantwich. This date became known as Holly Holy Day and is annually remembered by the Townsfolk of Nantwich and The Sealed Knot.’

The Yeoman of the Knot ceremonial unit represented both Parliament and Royalist sides.

After the ceremony had concluded, The Sealed Knot Society members present were invited to a reception at Nantwich Civic Hall.

More information about The Sealed Knot can be found at: www.thesealedknot.org.uk