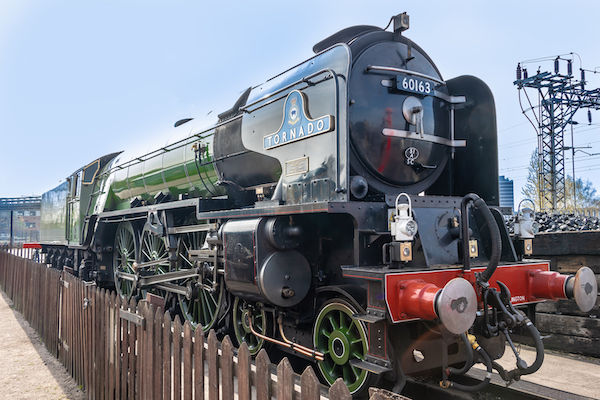 Crewe Heritage Centre opened its 2019 season in style over the weekend.

The centre provided locomotive enthusiasts and photographers a chance to get up close to LNER Peppercorn Class A1 ‘Tornado’ (60163) which was on display on Saturday 5th and Sunday 6th April.

The locomotive was built by the A1 Steam Locomotive Trust, a charitable trust founded in 1990 to build Tornado, and possibly further locomotives.

The original Peppercorn A1s were built in Doncaster and Darlington for the London and North Eastern Railway (LNER).

Tornado was built in the trust’s Darlington works.

The original 49 locomotives were scrapped in 1966. None of these survived into preservation, and Tornado filled a gap in the classes of restored steam locomotives that used to operate on the East Coast Main Line.

The A1 Trust intended building Tornado from scratch, designed and built as the next locomotive in the A1 Peppercorn class.

The trust did not want it to be a replica or restoration project, but as an evolution of the class incorporating design improvements that would have occurred had steam motive power continued on Britain’s mainline railway.

Tornado was approved for mainline passenger operation on 31st January 2009 and now hauls various A1 Trust rail tours, charters and other activities throughout the UK rail network.