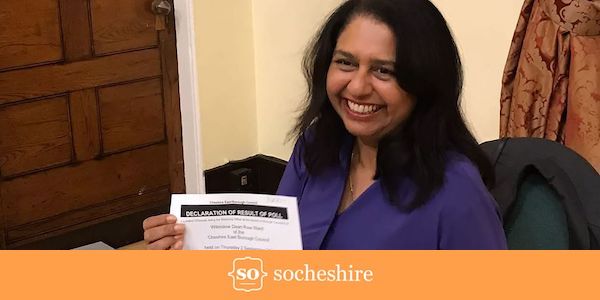 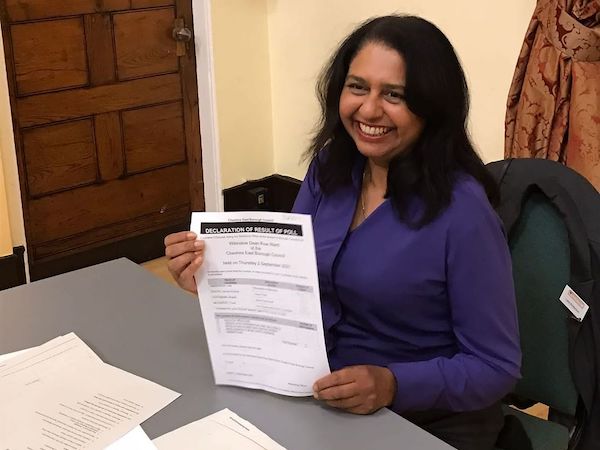 Lata Anderson has added her name to the roster of Residents of Wilmslow candidates to win a seat on Cheshire East Council.

The newly elected Cheshire East councillor (who is also a Wilmslow town councillor) won the by-election for the Dean Row ward on Thursday (2nd September).

The by-election was triggered by the resignation of Toni Fox, who has moved away from the area with her family.

Anderson’s victory means the Residents of Wilmslow retain the seat which Ms Fox won from the Conservatives in 2015.

James Booth stood for the Green Party, Birgitta Hoffmann was the Liberal Democrat candidate, and Frank McCarthy was the Conservative candidate.

The results from the poll are as follows:

There were no rejected ballots.