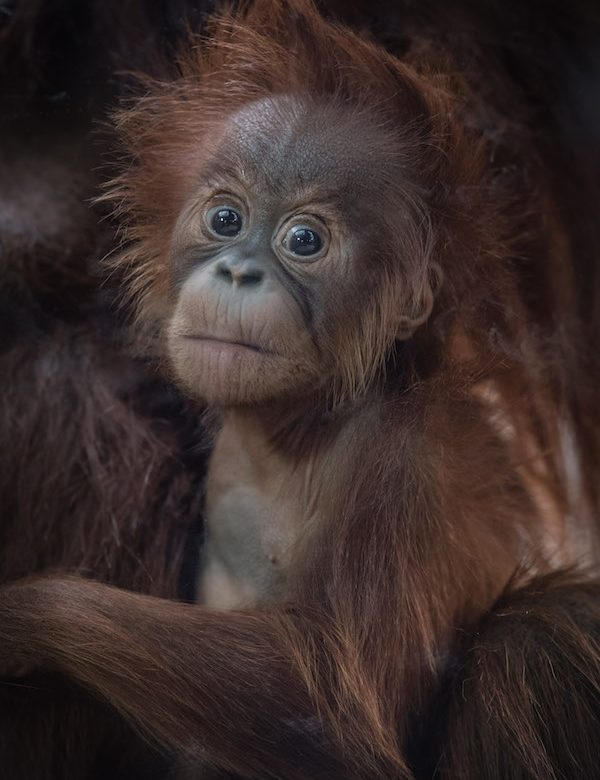 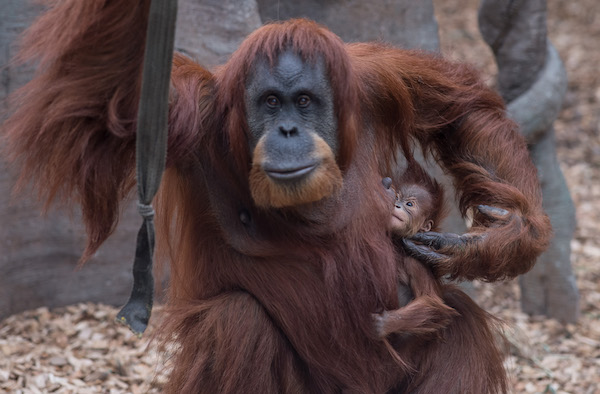 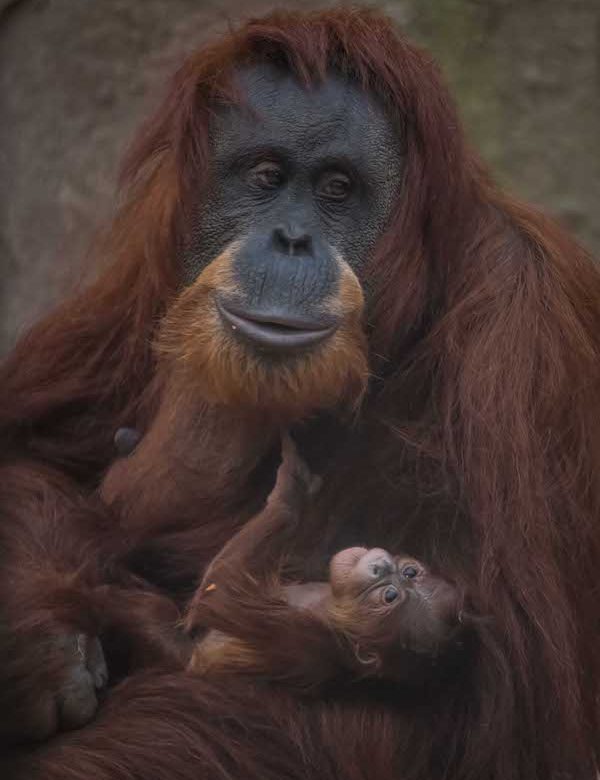 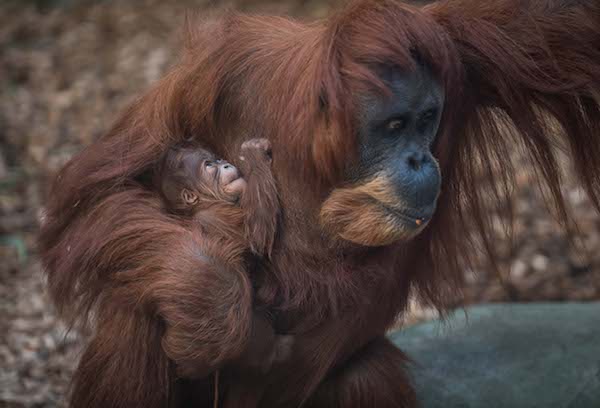 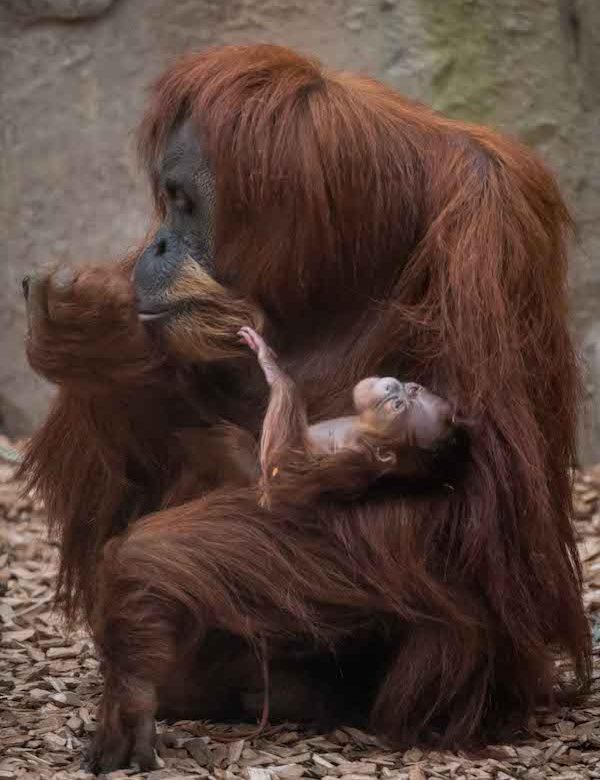 Chester Zoo has revealed that the latest addition to its Sumatran orangutan family has been named Kesuma, which means ‘flower’ in Indonesia.

The name was chosen by the zoo’s team of primate keepers soon after they were able to confirm the infant’s gender.

Kesuma was born to mum Emma in December in what was a major success story for the zoo’s acclaimed international breeding programme for the highly threatened species.

Sumatran orangutans are listed as critically endangered by the International Union for the Conservation of Nature (IUCN) with recent estimates suggesting just 6,500 remain in the wild.

Tim Rowlands, Curator of Mammals at the zoo, said: “Emma’s baby girl Kesuma is her fifth youngster and she’s such a good mum.

“She’s incredibly attentive and it’s wonderful to see her and her latest arrival forging close bonds.

“She’s an incredibly important arrival for the conservation breeding programme and can hopefully throw a spotlight on the huge pressures that her cousins are facing in the wild.”

The Sumatran orangutan is one of the world’s most endangered great apes.

It is among the many species being pushed to the brink of extinction in South East Asia by hunting, forest clearance and the planting of oil palm plantations, which are destroying vast areas of rainforest.

There is intense demand for the oil, which features in all sorts of every day products in the UK from food to cleaning materials and cosmetics.

The campaign is striving to increase the use of palm oil that is produced sustainably which will ultimately help to protect the rainforests of South East Asia.

Chester Zoo is currently the only zoo in mainland Britain which cares for Sumatran orangutans.