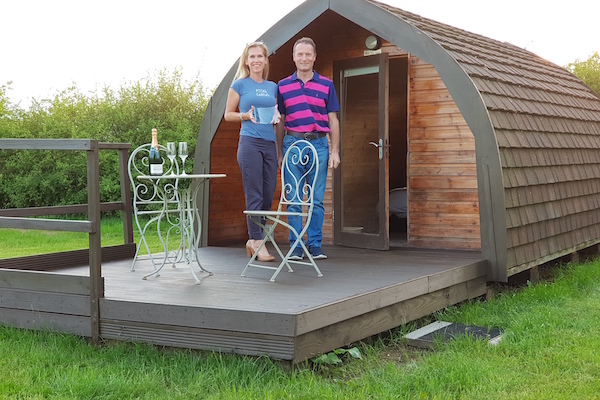 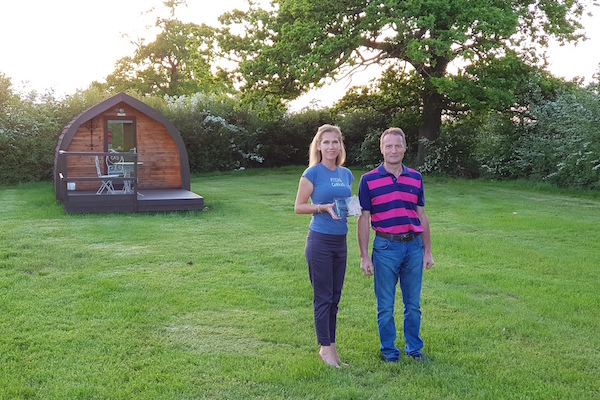 A Cheshire camping company is celebrating its first year in business, after not only smashing its targets but also receiving a ‘Business of the Year’ award.

Pitch & Canvas in Tattenhall is run by Suzanne Miller and her husband Drew, a dairy farmer.

Suzanne was been presented with the Small Business of the Year Award at the inaugural English Women’s Awards.

The Millers launched Pitch & Canvas in spring 2017, after managing a pop-up campsite for the popular CarFest North festival.

Demand exceeded capacity with the two static caravans they then owned, as Suzanne explained: “We knew we had a wonderful site here on the farm and we knew there was a massive amount of interest, but we didn’t have a clue where to start.”

She continued: “Thankfully, Reaseheath College made me aware of fully funded business courses in Cheshire and I was able to benefit from expert advice and guidance in setting up a business, from accounting to insurance to marketing.”

The hard work paid off, the company expanded quickly.

Working with local suppliers the Millers surpassed their five-year goals, beating out established competition from across the North West.

Suzanne concludes: “It has been an incredible year; we are working with schools throughout Cheshire and Cheshire East and now have great partnerships with organisations such as the Duke of Edinburgh.

“Without the support from Reaseheath College and the local community, we would not have got off the ground; all the digital coaching, finance and general support was amazing – and our lovely village has been behind us all the way.”

Suzanne worked with Janet Nuzum at Reaseheath College, who commented: “We are delighted for Suzanne and Drew; they have created a wonderful family business that appeals to so many consumer demographics, all they needed was the guidance and confidence to go for it.”