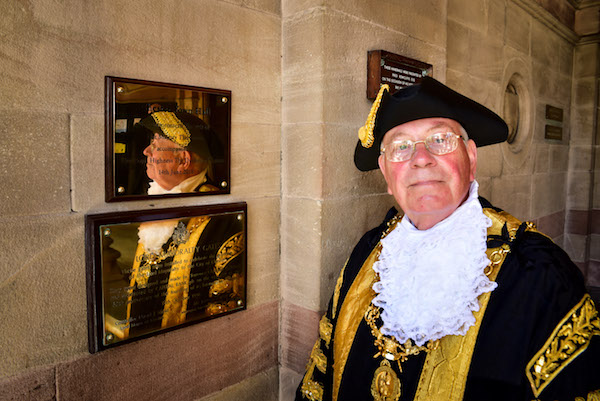 A plaque has gone on display in the public entrance to Chester Town Hall to commemorate June’s historic royal visit.

Residents are also being invited to view a selection of photographs and memorabilia, on show in display cabinets, to celebrate the event which attracted 14,000 people and drew the attention of the world’s media on 14th June.

Cheshire West and Chester Council and the city of Chester welcomed Her Majesty the Queen and the Duchess of Sussex who came to officially open Storyhouse. They were taken on a tour of the venue and met a number of local community groups and young people.

In Pictures: ‘Chester welcomes HM The Queen and HRH The Duchess of Sussex’

Thousands of people visited Chester to welcome the royal visitors as they made their way along Northgate Street to the town hall.

They were greeted by Lord Mayor of Chester Cllr Alex Black, who thanked everyone for attending.

The Queen unveiled a plaque to mark the visit before she and the Duchess enjoyed lunch in the town hall.

Cllr Black commented: “The 14th June 2018 will be the day that Chester will never forget, and I know I won’t!

“Her Majesty and the Duchess were charming and the Queen had such a glow about her during her visit to Chester.

“It was such an honour and a privilege to welcome them both to the city and to be guests at the council lunch.”

News organisations from across the globe (along with those more locally based, including So Cheshire) were in Chester to broadcast the event, which made the news in Australia, France and America.

The increase in visitors boosted the local economy, with a 16 per cent rise in the number of people visiting Chester Market compared to a week before.

Cllr Bub Rudd, chairman of Cheshire West and Chester Council, said: “Council representatives have estimated that around 14,000 people came out to witness the historic visit to Chester.

“It was amazing to see so many people who lined the streets of Chester to welcome Her Majesty the Queen and Her Royal Highness the Duchess of Sussex.

“The amount of positive media attention from across the country and from around the world was unprecedented.

“We never imagined that the visit would attract so much attention and the council and the city of Chester is so grateful that the Queen chose Chester for her first official engagement with the new Duchess of Sussex.” 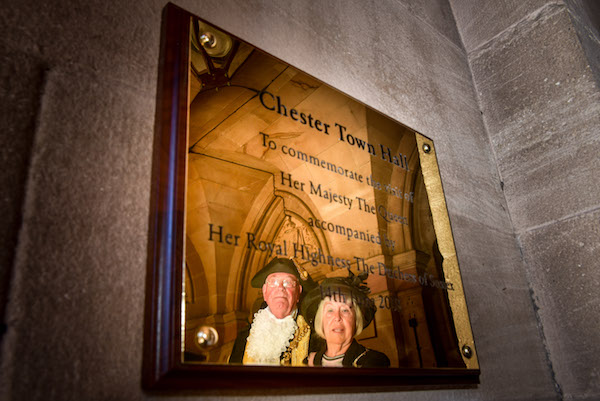