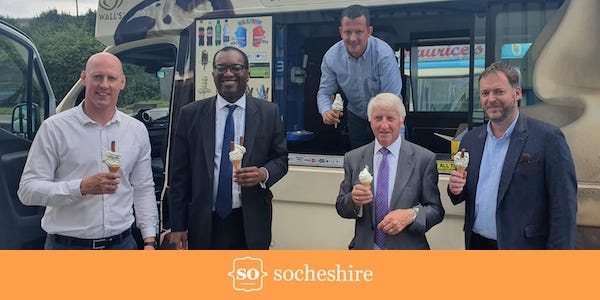 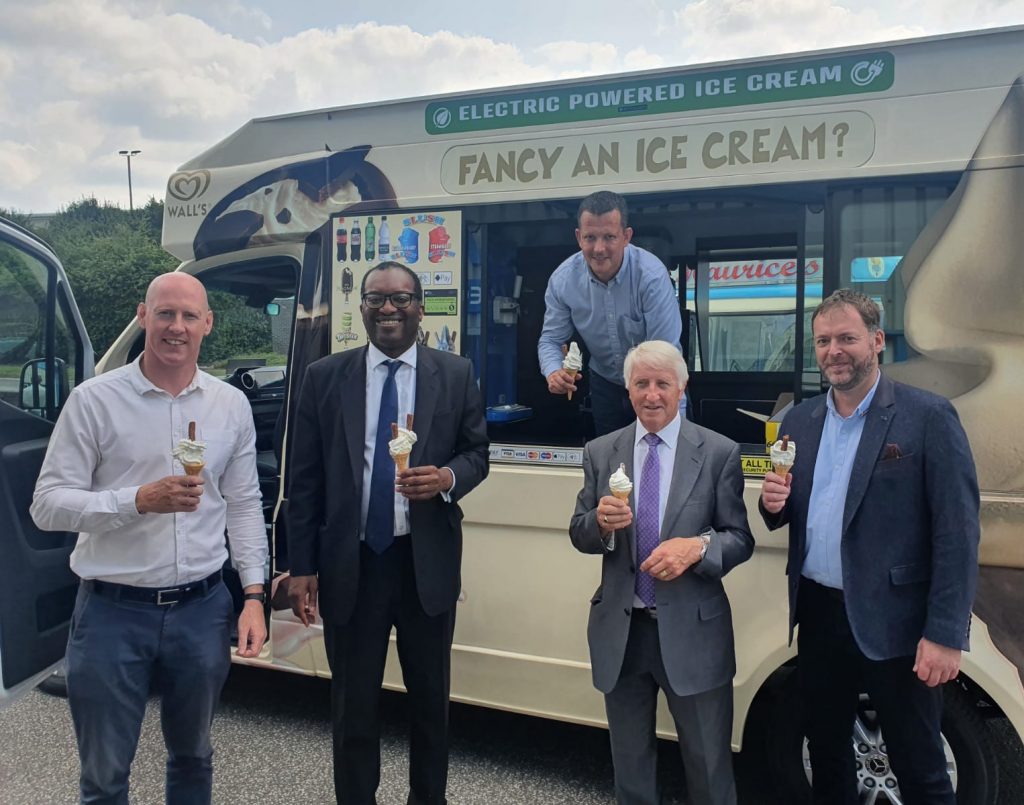 It follows the launch of the firm’s new cleaner, greener range of ice cream vans which allows the vehicles they produce to operate on electricity when stationary instead of running their engines.

Mr Kwarteng was joined on the visit by president of South Cheshire Chamber of Commerce John Dunning and chair of Crewe Town Board Doug Kinsman.

The business secretary was given a tour of the factory by Ed Whitby, and was able to see the process of building an ice cream van from start to finish.

Crewe and Nantwich MP Kieran Mullan joined him for the visit, and also tried his hand at pulling a soft serve ice cream cone while he was there.

Founded by Bryan Whitby in 1962, Whitby Morrison is recognised as the world’s leading manufacturer of ice cream vehicles.

The recent visit follows on from Dr Mullan highlighting the business in Parliament and setting up meetings between the firm and the Department for International Trade. 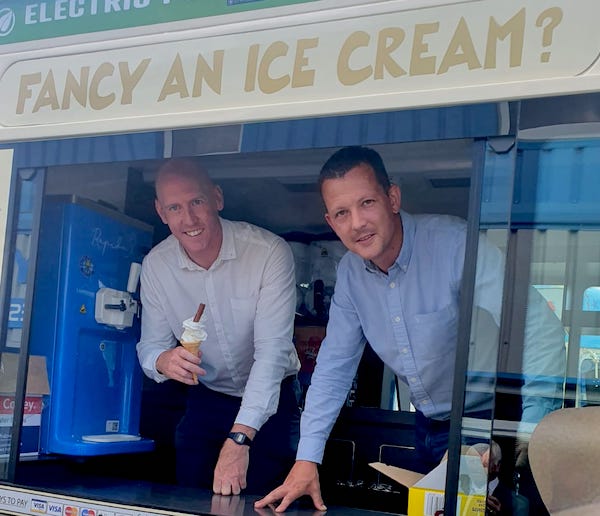 Speaking after the visit, Mr Kwarteng said: “It was great to visit such an iconic family run business at the heart of Crewe’s thriving business district.

“We should never forget that it is families like the Whitby family who are at the heart of our economy creating jobs and securing investment for their communities.”

He added: “Kieran has been championing this first rate Crewe export and success story in Parliament and it was great to see it for myself today and test out my Mr Whippy skills!” 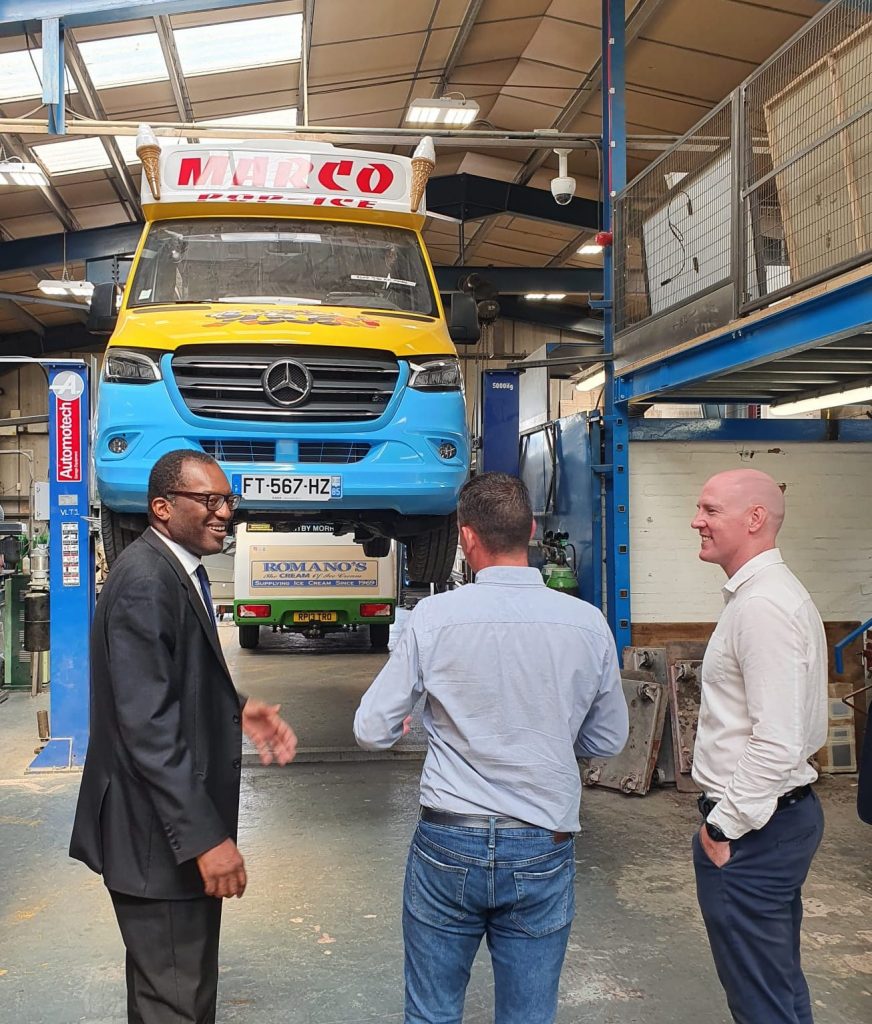 Dr Mullan said: “Crewe is the home of ice cream vans and it was great to showcase such a fantastic local business.

“They are a real ambassador for Crewe and the whole UK, exporting all over the world.

“I am determined to make sure we make the most of this unbeatable brand as I can’t think of anything better for showcasing Crewe and its business community and the opportunities they create for people to live and work here.”