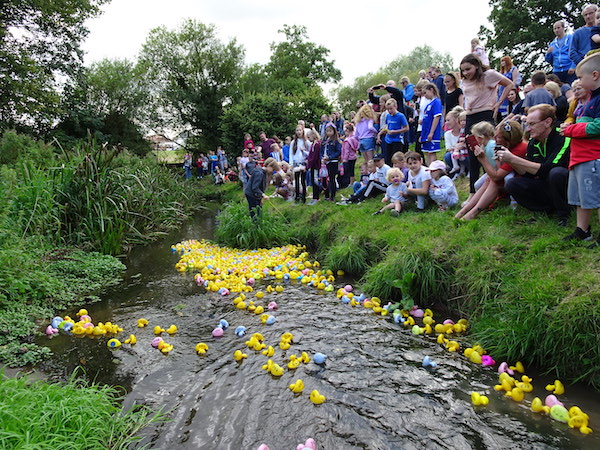 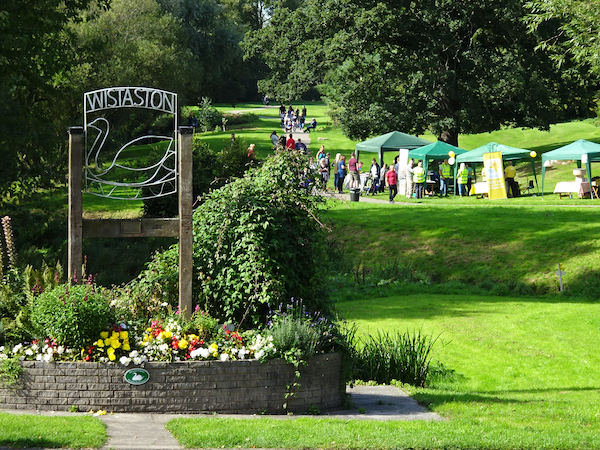 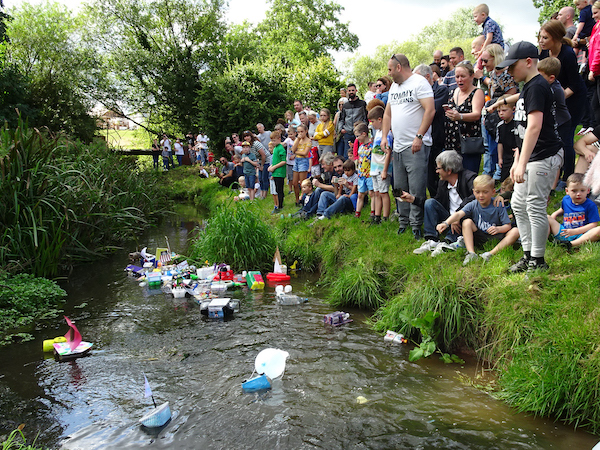 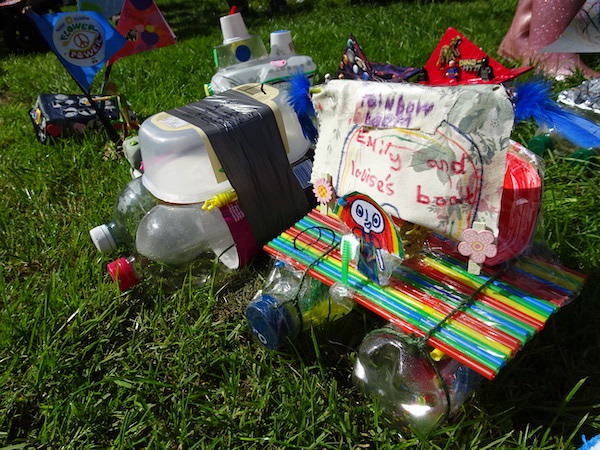 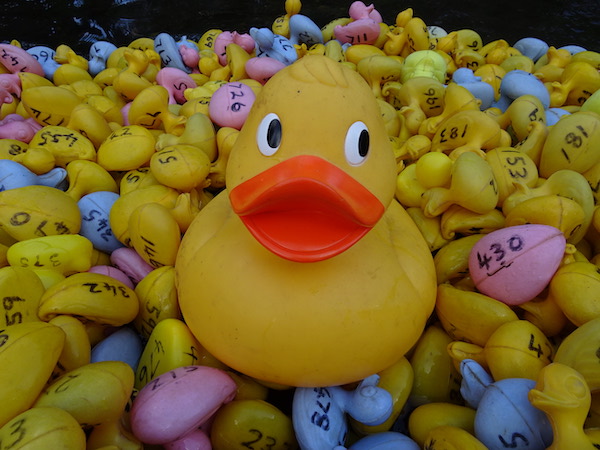 The event was organised by members of the Wistaston Community Council. It was officially opened by guest of honour Wistaston Rose Queen (Charlotte Shaw).

There were also 12 stalls featuring local charities and organisations, selling an assortment of goods or promoting their activities.

Wistaston Rose Queen Charlotte Shaw also set up and staffed a stall to raise money and awareness of her chosen charity this year which is Parkinson’s UK and the local Crewe & District Branch of Parkinson’s UK.

Refreshments were available from the 26th South West Cheshire (1st Willaston) Scout Group and other outlets.

Here are the results in full:

Poppy Edge, aged 5 from Wistaston, won prizes in both events.

There was an enthusiastic commentary on both races by Dane Chaplow (chairman, Wistaston Community Council) with ongoing excitement and incident around every corner as ducks and boats bobbed and weaved along the obstacle course.

A representative from Wistaston Community Council said: “We thank all the visitors and volunteers for making the event such a quacking success.” 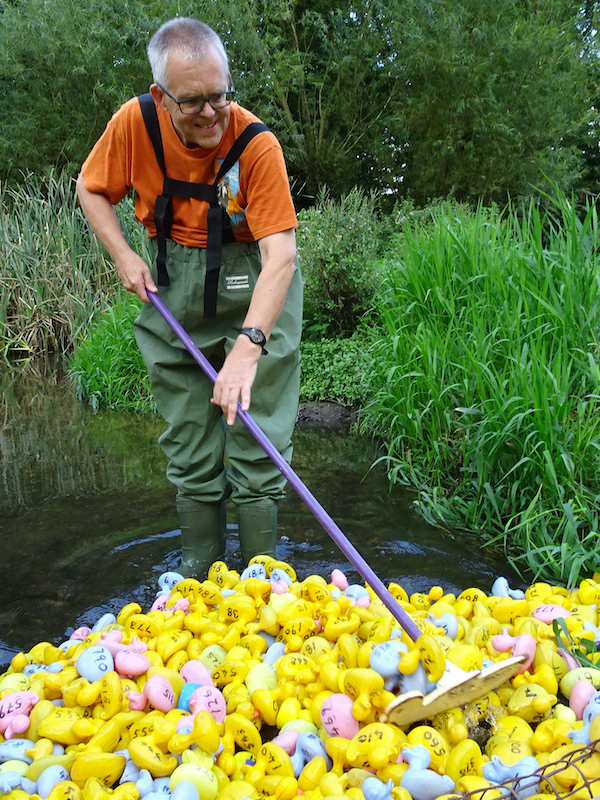