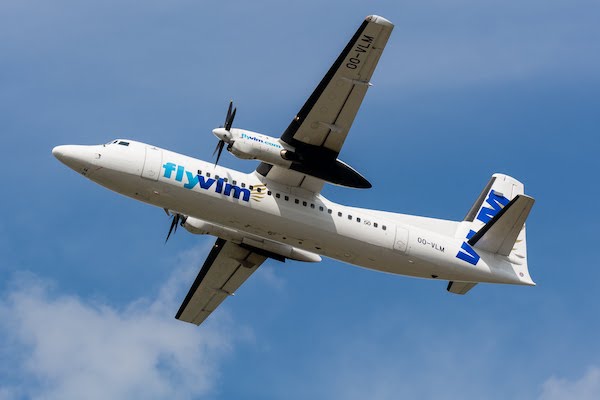 Belgian airline VLM will launch services from Manchester to Antwerp and Ostend-Bruges starting this October.

From 1 October 2018, the airline will serve Antwerp twice daily Monday to Friday, with daily flights over the weekend.

Additionally, the Ostend-Bruges service will operate once a day.

It is the first time that Manchester will have a direct flight to Ostend-Bruges, offering passengers easy access to the stunning, medieval city of Bruges.

The flights will operate on a Fokker 50 aircraft. Fares start from £39 one way, including taxes.

Konstantijn Huys, commercial director of VLM Regional, said: “We are very happy to re-establish the route between Manchester and Antwerp.

“Antwerp is not only Europe’s second largest seaport and the world’s diamond capital, the city also has the second largest petrochemical cluster in the world after Houston, Texas.

“The city is also renowned for its thriving fashion, cultural, culinary and heritage scene.”

He added: “Passengers flying to Bruges-Ostend Airport are within 20 minutes of the medieval city centre of Bruges, also often referred to as the ‘Venice of the North’.

“Bruges-Ostend Airport is also the perfect gateway for a visit to Flanders Fields, where so many young people sacrificed their lives during WW1.

“In the lead up to 11th November there will be numerous centennial events in West-Flanders commemorating the end of the Great War.”

Julian Carr, Aviation Director for Manchester Airport, commented: “We’re delighted to see VLM coming back to Manchester to re-connect the airport with Antwerp and also launch services to Ostend-Bruges.

“Both destinations are perfect for city breaks and I’m sure they’ll prove hugely popular with the 22 million people in our catchment area.”