Theatre on The Carrs – coming this month!

A Cheshire theatre company is bringing live theatre back to the town with performances of A Midsummer Night’s Dream this August.

The open-air performances, hosted in The Carrs, have been supported by Wilmslow Town Council.

Time & Again theatre company hopes to reconnect with local audiences and bring theatre back in style after its eighteen month hiatus during the Covid-19 pandemic.

The town council has provided the firm with a grant to help get the event on its feet, and it will be the first time outdoor theatre has been performed at The Carrs.

Audiences are being invited to pack a picnic, pull up a chair, and prepare to encounter runaway lovers and feuding fairies as well as magic, mayhem, and mistaken identities in Shakespeare’s joyous comedy!

Organisers are promising to teleport you back to the 1980s – think striking miners, new romantics, neon lights, and a big royal wedding!

Attendees are encouraged to bring a blanket or chair to sit on.

In the event of rain, umbrellas and waterproofs are essential, as the show will go on regardless of summertime showers!

Theatre bosses say their industry has been one of the hardest hit during the pandemic and now, as the world begins to open up again, they want to bring back the arts with as much enthusiasm as possible.

Time & Again spokesperson Tim Cooper said: “We were one date into a UK wide tour when the first lockdown began.

“It’s been really hard to see so many shows cancelled and theatres closed during the past year.

“But we’re really looking forward to performing again and doing such a fun play outdoors in our local town seems like the best way to restart!”

Time & Again is an award winning theatre company who explore all things historic in ways that are fresh and relevant today.

They have extensive touring experience, having performed at the Edinburgh Festival Fringe, the Greater Manchester Fringe, rural touring runs in Kent, Cheshire, Cambridgeshire and Shropshire.

A Midsummer Night’s Dream will run from 20th-22nd August at The Carrs (the show will be performed in the space usually occupied by Cinema on The Carrs in previous years).

Tickets cost £10 for adults, and £5 for children under 12. The show is suitable for all ages and has a running time of two hours, plus a 20-minute interval. 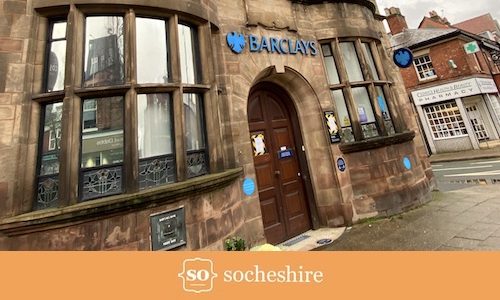