The Secret Life of The Zoo back on tv this week 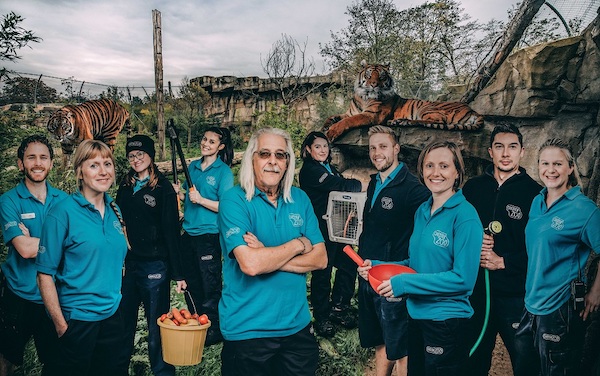 BAFTA award-nominated documentary series The Secret Life of The Zoo, which follows the real-life stories of the animals and keepers at Chester Zoo, will return to tv screens for a ninth series this Thursday (13th February).

The hugely popular Channel 4 series, which gives viewers a glimpse into the private lives of some of the world’s most endangered animals, will air at 8pm.

The series is narrated by acclaimed British actress Tamsin Greig, as viewers are invited behind the scenes at Chester Zoo, discovering 35,000 animals that visitors rarely get to see.

What to expect from the first episode…

Dominant male chimpanzee Dylan’s 15-year rule is in jeopardy when the females in the troop prove a distraction, and a new generation of males take the opportunity to challenge the pecking order.

In the pudu (a very small rare deer, found in the lower Andes) habitat, one of the zoo’s sweetest couples Serena and Odin are expecting a new arrival.

In the aquarium, there’s a battle for survival amongst the extraordinary Indian mudskipper fish, who can exist both in and out of water.

Gentle Danny is bullied by alpha male Arnie and blacklisted from the food supplies. Will he survive to fight back?

There’s also tension among one of the zoo’s most unpredictable couples, the Andean bears, which no amount of honey can diffuse.

Join the conversation live on Twitter by using the hashtag #TheZoo