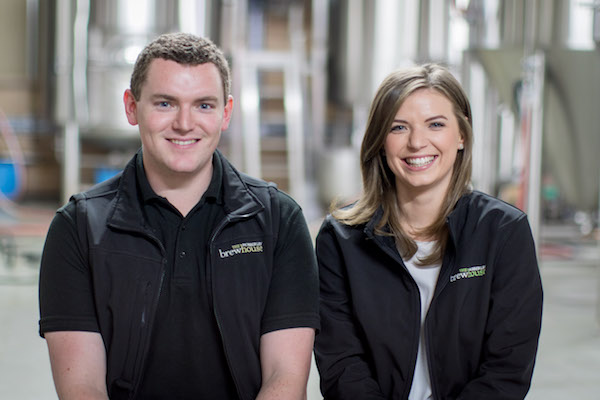 Building on a significant period of growth in 2017, The Mobberley Brewhouse is opening two tap rooms – on in Knutsford and the other in Stockport.

The Knutsford tap room will be on the site of what used to be The Tap & Bottle on Minshull Street, with the other on Market Place in Stockport.

Both Tap Rooms will open in August, serving as the first ever point of sale for the Mobberley Brewhouse.

Known as ‘Project 53 Tap Rooms’, they will be a celebration of craft beer and gin.

Project 53 will focus on providing a range of first-rate craft beer but will also specialise in gin, introducing exciting gins from around the UK and beyond.

The new tap rooms will offer customers a huge variety different beers; around half of which will be Mobberley Brewhouse beers while the remainder will be carefully selected beers sourced from friends of the business.

Owner and head brewer James Roberts told us: “There will be no competition between the craft beers we have on offer, it will just all be great beer!

“The knowledge and passion of all our staff will be what makes it special.”

He added: “Customers want personal recommendations on the beers, and that’s what we can offer.”

The name ‘Project 53’ mantle is derived from Cheshire’s latitudinal position of 53 degrees north.

In addition to craft beer and gin, Project 53 will also offer customers a selection of wine, cider and spirits.

The tap rooms will be welcoming regular live music performances to create a comfortable atmosphere.

James summed up his philosophy for Project 53 as: “To create a welcoming bar where people can have a great time and enjoy quality craft beer and gin.”

To support the firm’s growth plans, James’ sister Sophie will join the company as operations director.

Sophie commented: “Ever since James started the Mobberley Brewhouse business in 2011, I have been involved in one way or another.

“It’s great to finally formalise my involvement in the business and I am really excited about our plans for the future.”