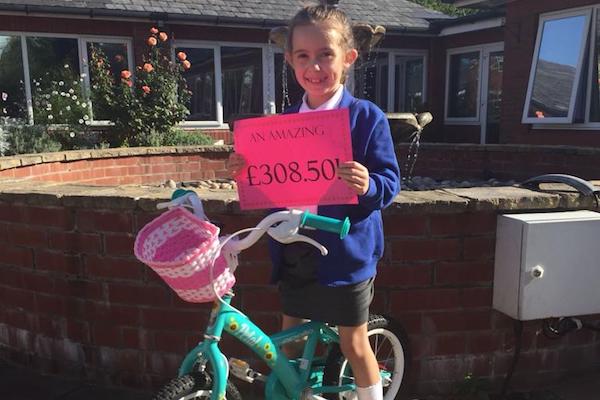 One of St Luke’s Hospice’s youngest supporters has cycled 30 miles in 30 days to raise money for the local hospice.

Six-year-old Nicole Jones from Winsford smashed the St Luke’s challenge to raise £30 in 30 Days, collecting a total of £308.50 in sponsorship.

Nicole’s mum Amiee said: “I spoke to Nicole about the hospice’s 30th birthday celebrations and she decided that she would like to take on a challenge to try to raise some money.

“She settled on a 30 mile bike challenge which she would complete over 30 days and hopefully raise £30.”

Amiee explained: “A close family friend spent some time in the hospice so Nicole is aware of the work that is done there and is very passionate about helping.

“We created a target chart so that she could keep track of where she was up to and it really motivated her.

“When we started to get sponsor money in she was delighted, the support has been fantastic and she has managed to raise an amazing £308.50 for the hospice!

“We are incredibly proud of what she has achieved.”

Nicole, who attends Winsford High Street Community Primary School, fit her bike rides in after school and at weekends.

She said: “It was harder than I thought it would be but I had fun. I feel proud because I can help the poorly people.”

“She was only six when she completed this challenge and she showed real determination and commitment.

“To raise over £300 at such a young age is just incredible and will pay for two nurses’ shifts here at the hospice. 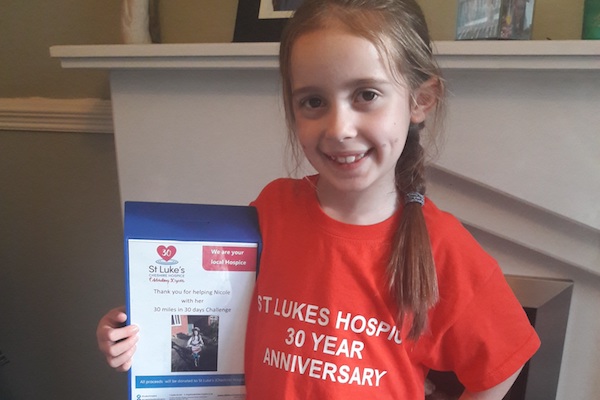