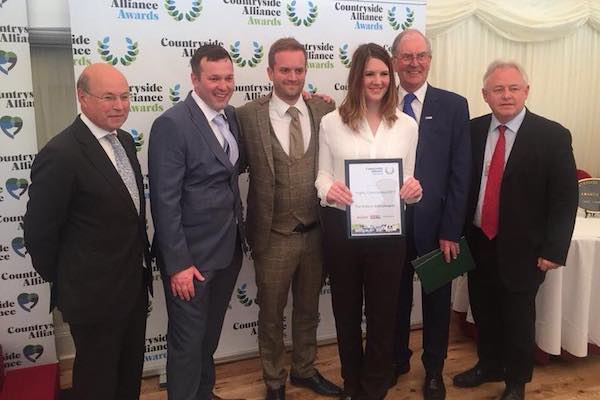 As we reported earlier in the year (read more, here) a number of Cheshire businesses were shortlisted for regional titles in the most recent round of the ‘Rural Oscars’.

The national final round of the 2017 Countryside Alliance Awards, nicknamed the ‘Rural Oscars’, was held on Wednesday 25th April – presented by the environment secretary Michael Gove to the top rural enterprises in the country.

Businesses from across England and Wales – who had already won their regional title – journeyed to Westminster to find out if they were to be crowned national champion.

Michael Gove commented: “The Countryside Alliance does a brilliant job standing up for rural businesses and residents and supporting a working countryside.”

He added: “I’ve thoroughly enjoyed helping to judge their awards which go to rural businesses that exemplify the best in Britain’s entrepreneurial spirit.

“The winners deserve all our congratulations.”

The awards are the Countryside Alliance’s annual celebration of the rural produce, skills, enterprise and heritage demonstrated by small businesses.

Now in their thirteenth year, they have become the definitive rural business award to win.

This year over 11,000 nominations were received, meaning the finalists can consider themselves truly ‘the best of the best’.

The awards are public-nomination led, across five categories:

Cheshire was well represented, with both The Lambing Shed farm shop in Knutsford and The Sutton Gamekeeper pub in Macclesfield being ‘highly commended’ in their respective categories of ‘Local Food & Drink’ and ‘Pub’. 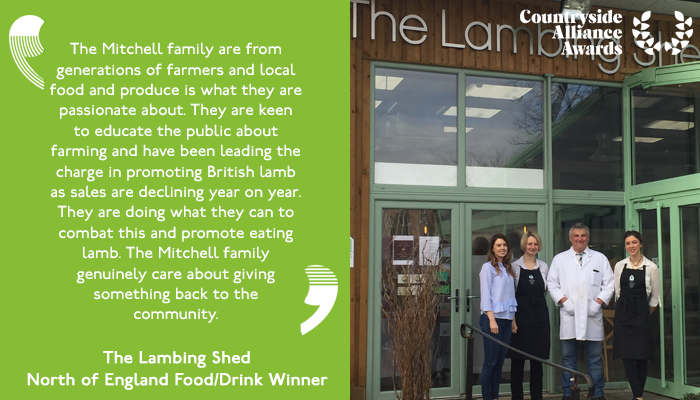 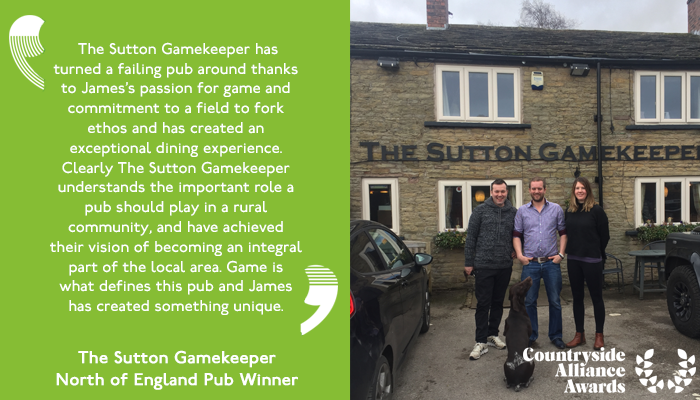 The national judging panel consisted of:

More information about the awards can be found online here: countryside-alliance.org/caawards