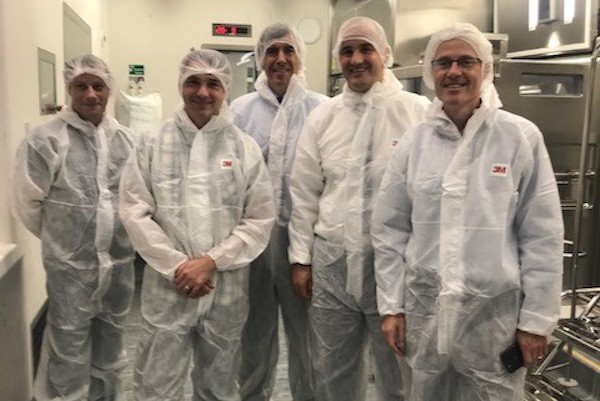 During the visit, at which Mr Berry was joined by local MP David Rutley, a tour of the 100-acre site was given by head of the Macclesfield campus Andy Evans.

The visitors saw the intensive work involved in the manufacturing and distribution of the many medicines produced at the Macclesfield site – including those developed for the treatment of prostate cancer.

Mr Rutley was also pleased to meet with members of the company’s highly-skilled workforce.

Whilst speaking to members of the AstraZeneca team, Jake Berry set out how impressed he was by the world-leading facilities in Macclesfield and the role the company plays in the Northern Powerhouse.

His visit was part of a tour of the Northern Powerhouse, visiting businesses across the region.

As well as being an important local employer, AstraZeneca continues to operate highly-sought after and successful apprenticeship and degree apprenticeship programmes, as well as its global graduate schemes.

David Rutley was pleased that AstraZeneca confirmed its commitment to promoting these important apprenticeship schemes and to continuing to invest in the talents of the next generation.

The Macclesfield Campus is AstraZeneca’s second largest global medicines development and manufacturing site, and its European centre for packaging, from which a range of medicines are manufactured and distributed to around 130 global markets.

The campus also hosts a strategic IT function for the company and a number of support functions.