New lunchtime line-up for The Cat 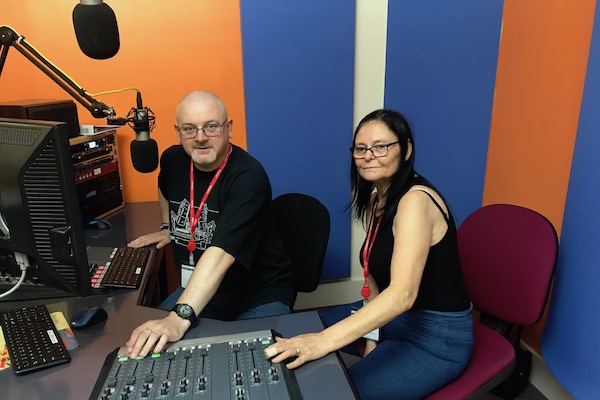 Ian Maddock has joined The Cat 107.9 FM and now presents The Late Lunch every weekday between 12 and 2pm.

A spokesperson for the station told us: “Ian has been a broadcaster for many years and has been very much involved in community radio for the last 6 years.

“He is a keen motorcyclist and volunteers at many road-safety events to help reduce motorcycle casualties on the roads.

“The Late Lunch has a daily featured artist and regularly showcases local guests. Ian is assisted by Pauline, making them the Richard and Judy of radio!”

Both Ian and Pauline are said to love the interactive side of radio, speaking to listeners, taking calls during the show and meeting the public during outside broadcasts or events.

In another change to the programme schedule, Jeff Allen will now present The Purrfect Afternoon on Thursdays between 2pm and 4pm.

You can also catch Jeff on his ‘Easy Street’ jazz show from 8pm on Thursdays.

The Cat managing director, Chris Cadman commented: “We are really pleased to be welcoming new presenters to The Cat as we continue to add new shows and make changes to our current line-up.

“We certainly hope these changes will appeal to current listeners and will attract new listeners to the station.”

You can listen The Cat by tuning in to 107.9 FM, online at thisisthecat.com, on your mobile with the TuneIn app, or on your smart speaker by just asking for ‘Cat one hundred and seven point nine’.

The Cat is the local community radio station, broadcasting 24 hours a day on 107.9 FM from Cheshire College South & West.

The station covers Crewe, Nantwich, and the surrounding villages and rural areas as well as Sandbach and Alsager.

The Cat is the only licensed community radio station in Crewe and Nantwich and is a not for profit organisation run entirely by volunteers.