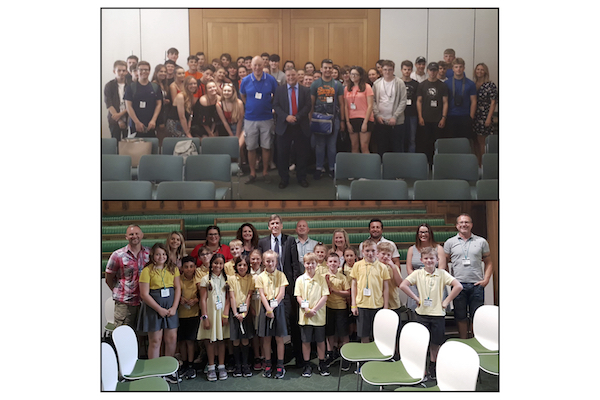 Weaver Vale MP Mike Amesbury and Macclesfield MP David Rutley have both hosted pupils from schools in their respective constituencies in Parliament recently. 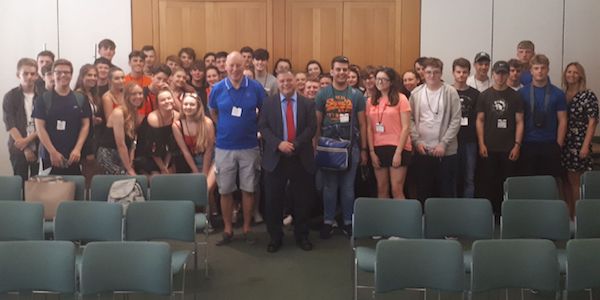 Labour MP Mike Amesbury hosted pupils from Helsby High School for a visit to the House of Commons while they were on a tour of London as part of their studies.

The group of 51 sixth form students headed to the capital for two days as part of their business, economics, history, politics and media courses.

As well as Parliament, they also visited key places of interest including The Bank of England, Hampton Court Palace and The Supreme Court.

During their visit, the Helsby High School students also spoke with their MP, Mike Amesbury, about some of the big issues facing young people in Britain today.

Eve Dougherty, teacher of business and economics at Helsby High, said: “Although Mike has visited our school a number of times, it was useful for students to see him in his working environment and appreciate his busy and diverse day to day activities.”

Mike – who backs plans to lower the voting age to 16 – added: “One of the things I’m always impressed with when I meet young people from Weaver Vale is how politically engaged they are.

“Young people today care about the country’s future, they’re full of ideas and they want to be active participants in democracy, I think that’s fantastic to see.” 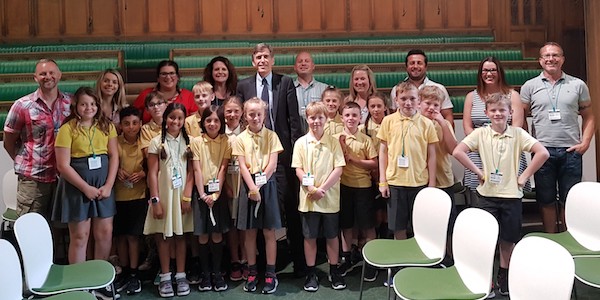 Pupils from Puss Bank Primary School in Macclesfield met with Conservative MP David Rutley, who answered their questions and explained more about the work of members of Parliament.

David participated in a lively and informative question and answer session, moderated by one of the pupils, who took on the role of ‘speaker’ – keeping both his classmates and David in order!

The group of 32 children, from years 3 to 6, asked Mr Rutley a series of well thought-out questions on national issues such as the NHS and the effects of social media on young people’s wellbeing, as well as asking about the work of an MP and how Parliament functions.

The Puss Bank Primary School pupils enjoyed a tour of the Palace of Westminster, including a visit to the chambers of the House of Commons and House of Lords, before visiting the purpose-built Parliamentary Education Centre.

There, they took part in a range of activities and learned about the process by which bills are passed through Parliament to become law.

Speaking after the visit, he said: “It was great to welcome pupils from Puss Bank School back to Parliament again, and to see how engaged they were with important local and national issues, as well as how our democracy works.

“I was very impressed by their thoughtful and considered questions. I hope to see yet more local schools visiting Parliament in the future.”

There is more information about organising a school visit to Parliament online, here: www.parliament.uk/education/visit-parliament-with-your-school