Community > Local News > Manchester tribute from ‘Love on the Rocks’

Manchester tribute from ‘Love on the Rocks’ 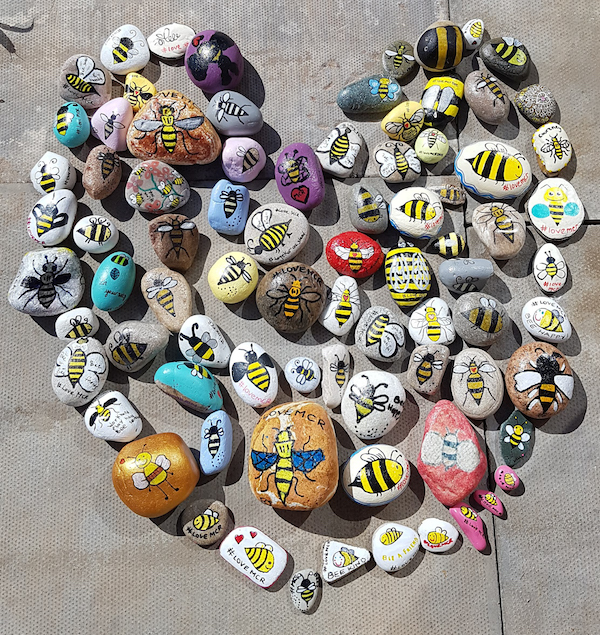 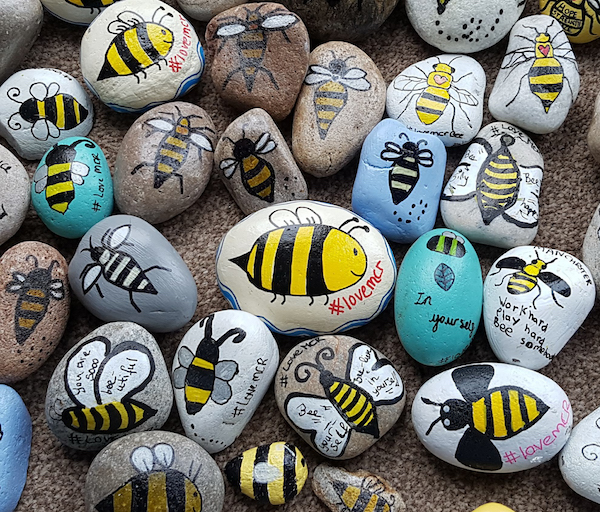 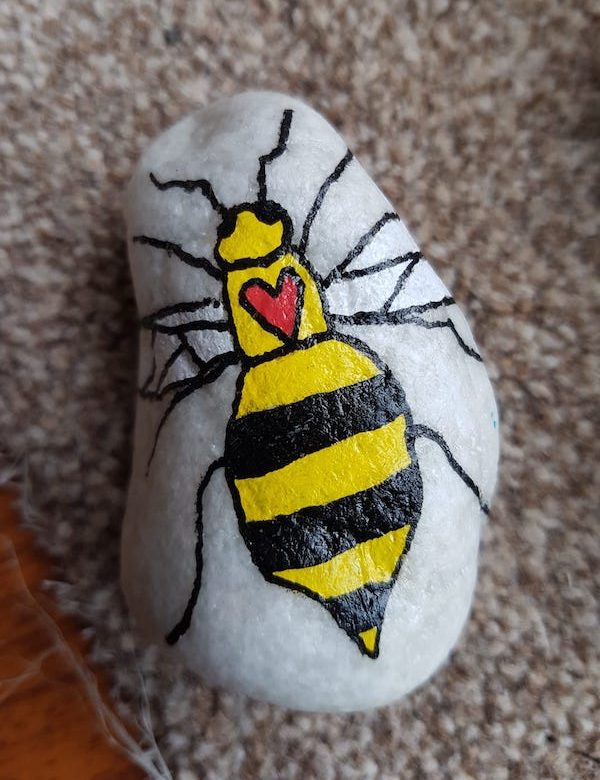 Pebble artists have been painting bees on rocks to create a tribute on the first anniversary of the Manchester Arena terror attack.

The worker bee is one of the best-known symbols of Manchester and came to symbolise Manchester’s resilience after last year’s atrocity.

They have painted dozens of bee rocks and will join in with over thirty other UK pebbleart groups involved in the tribute by leaving their rocks in designated areas – St Anne’s Square and Exchange Square – in Manchester today (Tuesday 22nd May 2018).

Nikki Lunn from ‘Stockport Rocks’, who organised the tribute, will be handing out free #LoveMcrBees pencils and ‘Pebbleart Rocks, Bolton/Bury’ will be handing out bee-friendly flower seeds. It is estimated that in total there will over 1,000 bee rocks.

Visitors will be asked to take a bee rock home as a remembrance gift.

Sharon Cattell, founder member of ‘Love on the Rocks Wistaston, Crewe & Nantwich’, and ‘Love on the Rocks Shavington, Wybunbury and Hough’ said: “The bombing last year affected everyone, so when I saw Nikki Lunn’s idea on Facebook, I wanted to get involved with the tribute.

She explained: “I decided to organise it as an event on Facebook and arranged for the Lifestyle Centre in Crewe and the Swimming Baths at Nantwich to be drop-off points for anyone who wanted to submit a rock. The members have painted over ninety rocks.”