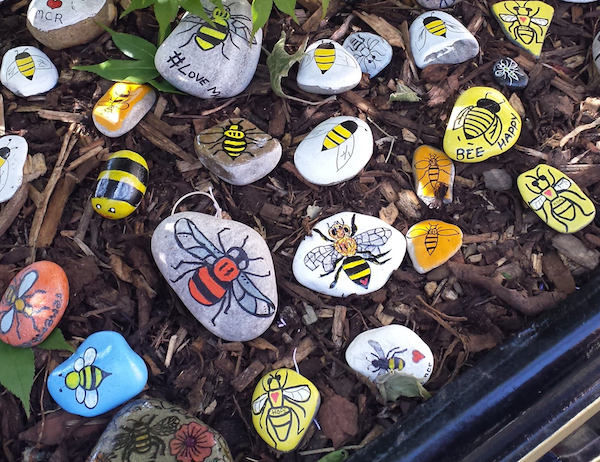 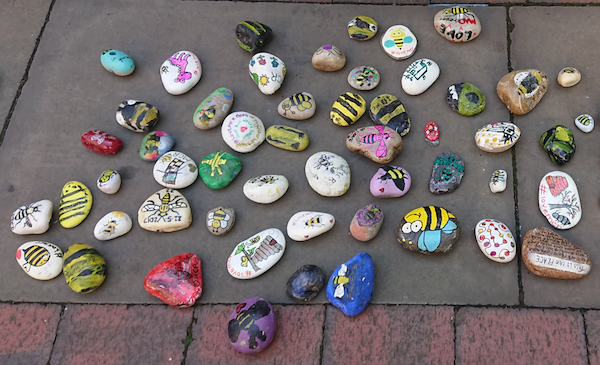 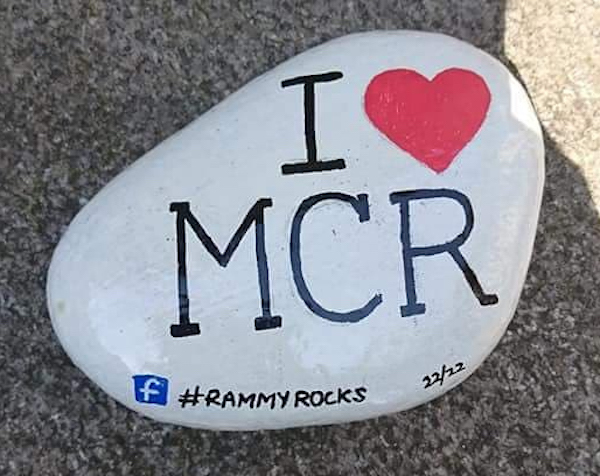 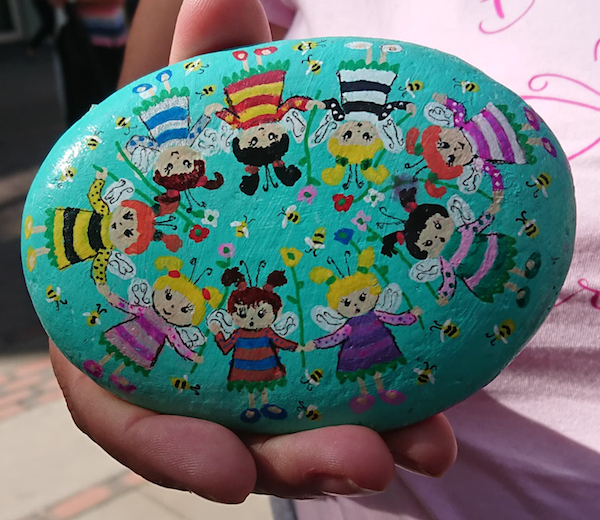 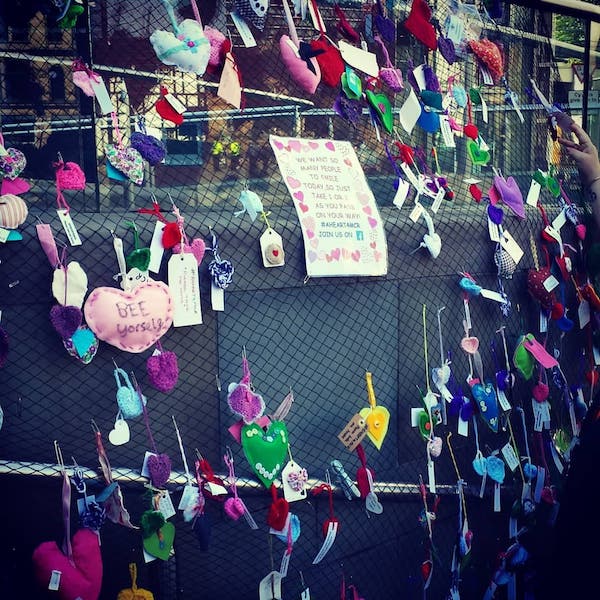 The groups had all painted bee designs on rocks with over 2,500 rocks laid in the city centre.

The worker bee symbolises Manchester’s industrial past and has now, in the present, come to represent the healing power of art and creativity after the attack.

Twenty two rocks were placed outside Manchester Arena along with a hand-made plaque remembering the twenty-two people killed in the atrocity.

The remaining rocks were placed in St Anne’s Square around the monument, on seating and around the water fountain and in Exchange Square with visitors encouraged to take a bee rock home as a remembrance gift.

Fenella Williams, from Love on the Rocks Wistaston, Crewe & Nantwich, said: “I had painted some stones and crocheted some bees so thought it would be lovely to go and hand deliver them in Manchester.

“I hadn’t really thought about what to expect but was not prepared for all the wonderful tokens of love that people had been leaving on the streets.

“Almost every available space or handrail was draped with hearts or flowers, the Trees of Hope were filled with beautiful notes, the painted stones in St Anne’s Square were amazing, and so many of them.

“It was wonderful to hear people asking the organisers about the stones and loving the idea so much they chose stones to take home with them.

“Whilst being a very emotional day, it was also very serene and peaceful, incredibly uplifting and full of love.”

Nikki Lunn from ‘Stockport Rocks’, who organised the tribute, said: “The tributes were incredible – the feeling of pure love and solidarity for each other regardless of if you knew them or not.

“I was moved greatly by meeting many of the survivors of the Manchester attack and I feel very emotional with it all but feel that is was such a positive move.

“We were asked to do it yearly by many people and lots of people wanted to donate money to the rocks – however we refused finances as this was a gift and love ethos. The whole day was just incredible.”

Other creative commemorative events in the city centre included #AHeart4Mcr with decorated hearts tied to string.

There was also a Trees of Hope trail with people invited to write a message on a card and hang it from the tree, along with the Spirit of Manchester Flower Festival with floral tribute displays, and a Manchester Together – With One Voice concert with thousands of singers from local choirs.

The events aim to strengthen relationships and solidarity for all Mancunians – whatever their religion, their background or politics.