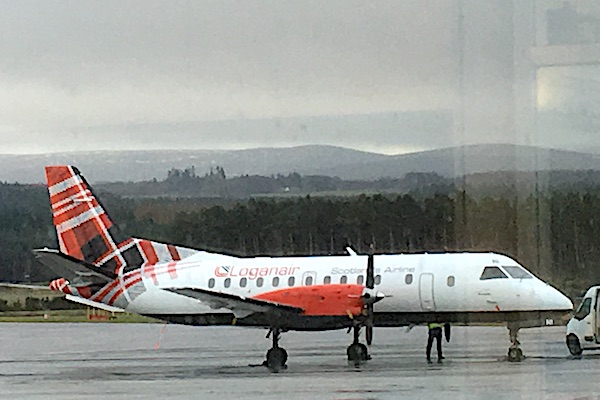 Scotlands’ airline, Loganair has announced significant investment in its services to Manchester Airport from Stornoway in the Western Isles.

With a new timetable, designed to further improve links to Manchester and England’s North West, the airline is looking to bolster December’s announcement of the first ever non-stop services between Stornoway and Manchester.

Loganair is increasing flights this summer to two non-stop services per week, meaning that in addition to the Saturday service, a Wednesday flight will also now be operating.

The Saturday flights will operate from 23rd June through until 1st September, with the Wednesday flights operating from 27th June until 29th August.

Loganair managing director Jonathan Hinkles commented: “This is fantastic news for the tourism industry on Lewis and the Western Isles in general.

“It also allows greater flexibility of business and leisure trips from Lewis to the North West of England.”

He added that the combination of the Wednesday and Saturday flights will provide options for three, four, seven, ten, eleven and fortnight-long night stays at the destinations.

This is particularly welcome as it increases flexibility for those from the North West wishing to use the services to reach the beautiful Western Isles for long or short holiday breaks.

“Loganair at all times strives to increase connectivity to and from the Western Isles, and this latest service development undoubtedly strengthens these links,” added Mr Hinkles.

Stornoway to Manchester connections are also available on other days of the week, and throughout the year with Loganair operating these flights via Inverness.