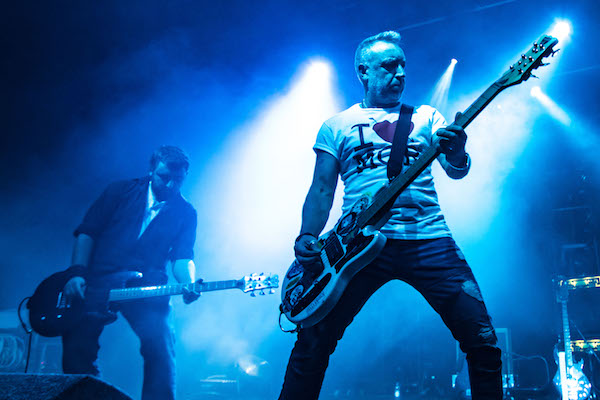 Middlewich FAB Festival is fast approaching and so is your last chance to buy tickets for Friday night’s concert with Peter Hook & The Light taking place on 15th June.

The FAB tickets sale ends at midnight on 14th June and organisers Middlewich Town Council are reminding people not to not wait and to get their tickets before they sell out.

Tickets can be bought online at www.fabfestival.co.uk for the ‘FAB’ price of £24.50 per individual and £72.50 for a family (including two adults and up to three children, aged 16 years and under).

Formed in 2017, the members of Pale Rider bonded over a love of The Stooges’ Fun House, The Black Angels and wild space-rock.

Next up is a band that can say that their first gig was a sell-out. Still only in their teens, The Mysterines set the scene aptly.

Their sound, described as ‘chiller-psych met with a bluesy-folk outer-tone’, fits them in perfectly as a Friday night artist.

Rhythmic, rage-fuelled and boasting surging riffs, the band’s hypnotic slurring lyrics lurch in and out of poetic chants, battling over chaotic drums and the razor-sharp bass lines underneath.

Peter Hook, a founding member of Joy Division and New Order has had an abundance of celebrated success with many hits including ‘Love Will Tear Us Apart’.

This year, The Cheshire Cheese will join the festival by hosting several live performances over the weekend. With its lounge, bar and beer garden, the traditional pub fits perfectly into the Fringe programme.

“Tickets are selling fast so I advise everyone to not leave it to the last minute because we expect it will sell out.”

He continued: “I’m very happy that The Cheshire Cheese has joined our Fringe venues this year.

“With its fresh drinks and live music from artists like Marc Gollins, Taking Liberties and Bohemian Kings, The Cheshire Cheese makes a perfect Fringe pub!”

There is still time to buy individual tickets and family tickets via the online shop: fabfestival.co.uk/shop.

Festival goers can also buy camping tickets for one, two, or three nights for even more FAB Festival fun.

Visitors will also be able to enjoy a variety of activities along side many food and beverage vendors. The full Fringe line-up can be found on the FAB app.