Fundraising for the Tim Bacon Foundation 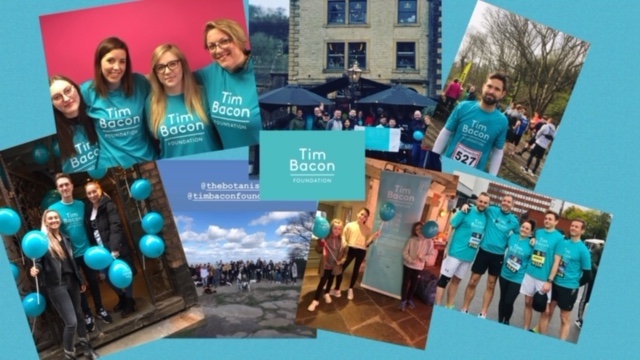 Instrumental to the success of the Tim Bacon Foundation are its supporters – whether it is a corporate or individual supporter, every penny raised is extremely valuable in the fight against cancer.

Many people in Cheshire have already donated to the foundation.

Over the past two years Gusto, The Alchemist, The Botanist, Australasia, Grand Pacific, Blackhouse Grill and Olive restaurants have run a very successful campaign throughout January adding a discretionary £1 to guests’ bills.

Not only does this campaign bring in a fantastic amount of revenue for the foundation, it also increases the charities profile in the North West.

Dave Mansbridge, trustee, commented: “This is a fabulous initiative and we are extremely grateful for the support of all the restaurants involved, we wish we could personally thank everyone that has donated a £1 over the last couple of years and a big thank you goes out to the amazing staff that have made this possible.”

Examples of other corporate marketing initiatives that have been very successful are Loungers restaurants who donated 50p for every special menu that they sold, and Meantime Brewery donating 50p every time Koala Larger is purchased.

As well as campaigns within the hospitality industry there are other corporate and individual supporters who have their own fundraisers, challenges or get a team together to join the Tim Bacon Foundation fundraisers.

There are many supporters taking on 10km runs, half marathons, marathons, treks, cycle rides, Tough Mudders, festivals and cricket matches with the aim of raising money for the Tim Bacon Foundation.

October 2018 saw a total of 80 people running the Manchester Half Marathon. Whether a seasoned runner or a novice, everyone completed the task and collectively raising £40K.

Apart from the usual challenges there have also been unusual fundraising ideas such as a 16-mile trek (pub crawl) around Uppermill, big dog walks and Christmas wrapping-athons.

If you are a corporate or an individual and you would like to more information on how you can get involved with the Tim Bacon Foundation please sign up to their mail list by clicking here or email info@timbaconfoundation.co.uk.

19th May – Greater Manchester Run – 10km or half marathon

To find out more about these challenges then visit www.timbaconfoundation.co.uk