So Cheshire > Flooding on Moss Lane in Styal

Flooding on Moss Lane in Styal 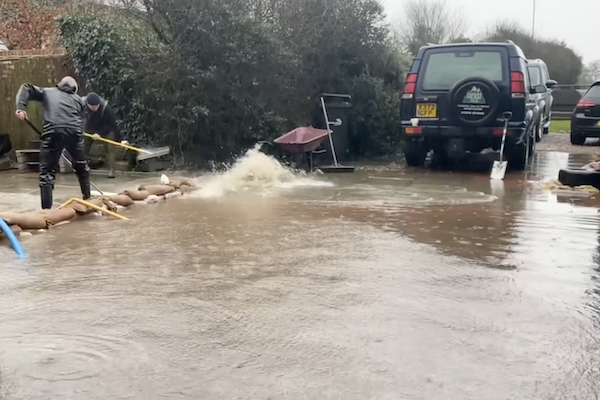 Residents living on Moss Lane in Styal found themselves ankle-deep in water after relentless rainfall has meant water flowing from the roads and into their properties.

We met one of those affected, Jane, who told us about the ordeal she had faced.

She’s been dealing with flooding in her house as well as in the stables adjoining it.

As well as this, Jane told us she has also assisted others who had broken down in their vehicles nearby as a result of the flooding.

Jane – and others living in the area – are calling on the council to provide more assistance to them, in the wake of the damage that’s been caused.

Longer term, she wants them to address drainage issues on her road.

She said: “We’re not against a river or anything, so a river hasn’t burst its banks.

“This [water] is totally off that highway, coming down, and there’s no drainage to take it away.”