Figures on violence against women in Cheshire 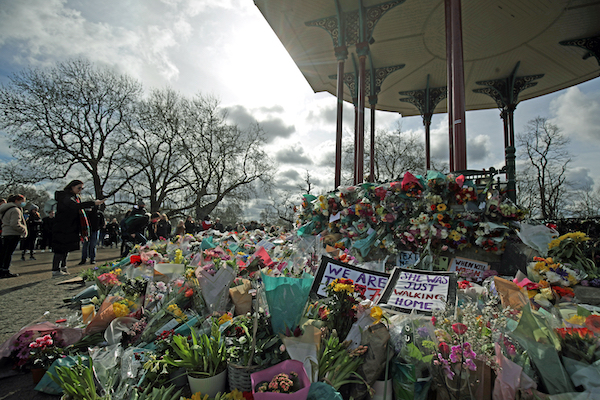 The death of Sarah Everard has triggered a public outcry about the safety of women and how offences against them are dealt with.

Now, the Local Democracy Reporting Service and Radar agency take a look at the statistics for crimes against women in Cheshire.

It’s part of what charity Rape Crisis says says is ‘a global pandemic’ of ‘violence against women’.

A Femicide Census report found that, in the ten years up to 2018, every woman killed in Cheshire was done so by a man.

Commenting on the news, a Rape Crisis spokesperson said: “Violence against women and girls is a global pandemic that long pre-exists Covid-19.

“In this country alone, it severely and negatively impacts millions of lives, communities and society as a whole – and it is deadly.

“The vast majority of it is never reported to the police and when it is, it rarely ends in criminal justice being served.”

They also called on society to come together to ‘end the narrative that tells women they are responsible for preventing male violence and instead tell perpetrators and potential perpetrators that we will not tolerate violence against women and girls any longer’.

That was alongside calls for more radical action, with the charity suggesting the problem is much larger than official figures show.

In the year to March 2020, more than 17,000 crimes were flagged as domestic abuse by Cheshire officers in that period – the equivalent of 16 in every thousand people being violently or psychologically abused by someone they know.

Figures for the whole of England and Wales show that at least two-thirds of domestic abuse victims in that period were female.

Nationally, over 70 per cent of the 2,075 women and girls killed in the decade to March 2020 knew their murderer, compared to almost half of the male murder victims. Women are more likely to be killed in a domestic setting, while men are commonly killed on the streets.

In Cheshire alone, the number of rapes reported in the year to March 2020 passed 1,000.

Of the total 1,097 rape cases recorded in the county that year, 84 per cent involved female victims, as did 76 per cent of 1,039 sexual assaults dealt with by police in that timeframe.

That means 921 women and girls reported a rape to Cheshire police in 12 months — an average of 2.5 per day.

Surveys also suggest that women and girls are also regularly harassed in public, with a recent YouGov poll for UN Women finding that at least seven out of 10 in the UK had experienced sexual harassment on the street.

Official statistics do not reflect the scale of this specific issue but do show that Cheshire officers investigated 7,463 harassment allegations and 729 stalking cases.

The most recent Crime Survey for England and Wales found that almost one in five women had been stalked, compared to fewer than one in 10 men.

Home Secretary Priti Patel urged people to share their views with the Government after thousands shared their experiences of violence and abuse following the death of Sarah Everard.

She said: “So many of you have bravely shared your own experiences of harassment, abuse and violence online over recent days, so today I am re-opening our nationwide call for views on tackling violence against women and girls. The government is listening.

“Everyone should be free to walk our streets without the slightest fear. With Sarah and her family in my thoughts and prayers, I will continue to do all I can in my role as Home Secretary to protect women and girls.”

Residents can submit their views to the government’s ‘Violence Against Women and Girls’ call for evidence online.