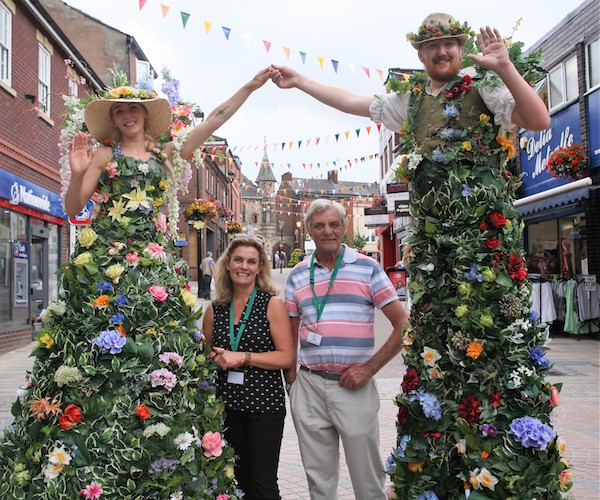 The two judges – Teresa Potter and Malcolm Eubank – with the Flower Power People!

The judges spent the whole day in the Congleton judging: two businesses, nine It’s Your Neighbourhood entries as well as the main town entry.

The hosts reported that the RHS judges seemed really impressed with what they saw, particularly since Congleton in Bloom is celebrating a landmark 20th anniversary this year and has been awarded the gold standard in the competition for the past seven consecutive years.

Congleton In Bloom representatives are understandably keen to retain the high standard they’ve achieved, and are hoping to do the North West proud in the Britain in Bloom national finals.

The results of the national finals will be known on the 19th October, with the regional heats for this year begin announced at the beginning of November.