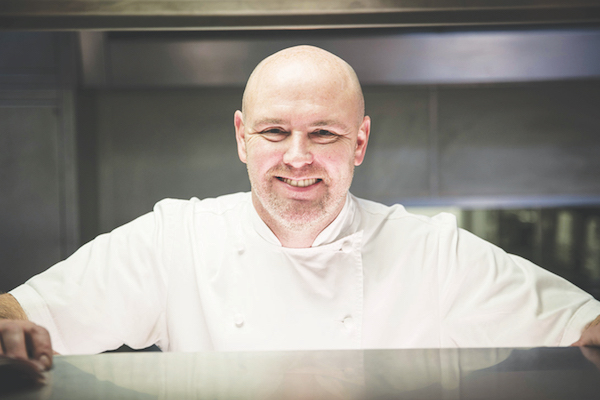 Macclesfield College is preparing to develop its hospitality and catering provision by appointing Michelin Star-winning celebrity chef Aiden Byrne as the figure head of the much-anticipated Whites Chef Academy.

Situated within its Park Lane campus, the academy offers training for aspiring young chefs and those who aspire to work in the catering profession.

Aiden Byrne will be mentoring students, who will learn a range of cooking and hospitality skills.

The idea for the pioneering new academy – which will replace the Silk Room training restaurant – came about following a meeting Aiden had with the college’s principal and chief executive.

Originally from Liverpool, Aiden was an aspiring chef when he left school at 16 and enrolled onto a two-year catering and hospitality course at his local college.

Since then he has gone on to work at the Royal Garden Hotel in Kensington and received a Michelin Star at Adlard’s in Norwich at the age of just 22.

More recently he took on the role of executive head chef at the hugely popular 20 Stories restaurant in Manchester.

Aiden also owns the AA Restaurant of the Year award winner Church Green in Lymm with his wife Sarah.

Aiden has also appeared in the highly acclaimed BBC Two series ‘Restaurant Wars’ while working at Manchester House on Deansgate in the city centre.

Discussing his latest venture, Aiden said: “What we’re trying to do here is instil a real sense of everyday working ethic into the students, and make them realise that their time at college is preparation for real life.

“By attending the new academy, they’ll not only be learning vital new catering and cookery skills, but they’ll also be learning invaluable life skills, and I think that’s what we’re missing out on at present.”

Rachel Kay said: “We’re extremely pleased and excited about our new hospitality and catering offering, particularly because we have Aiden’s support and experience.

“I’m looking forward to the future and can’t wait to open the doors of the new Whites Chef Academy to the public.”