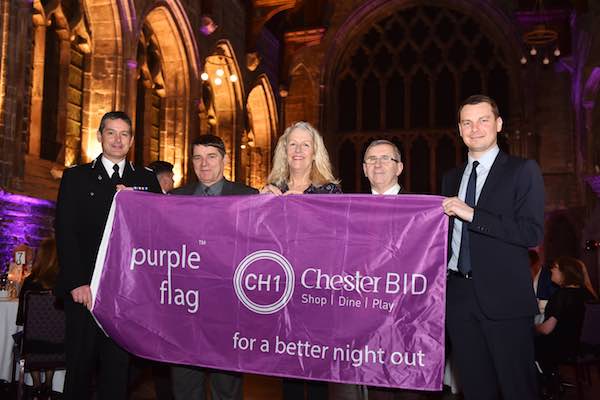 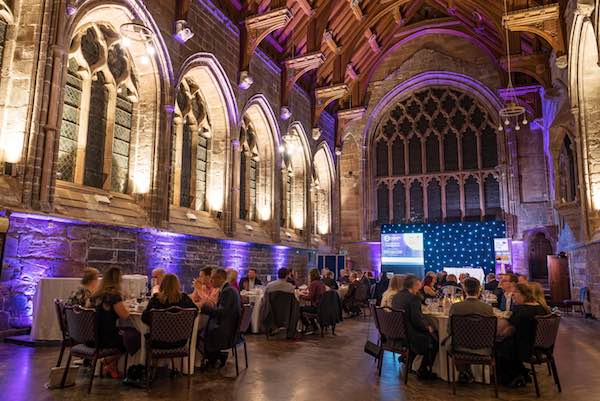 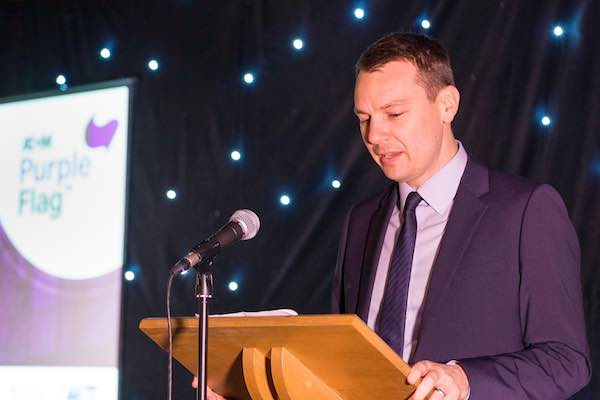 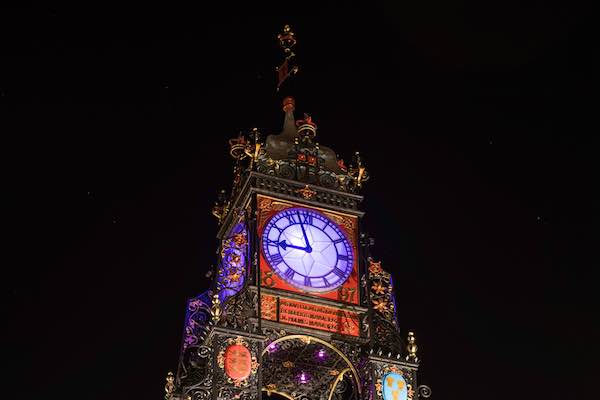 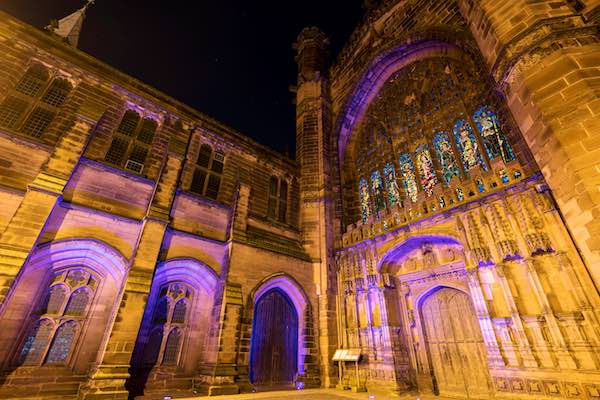 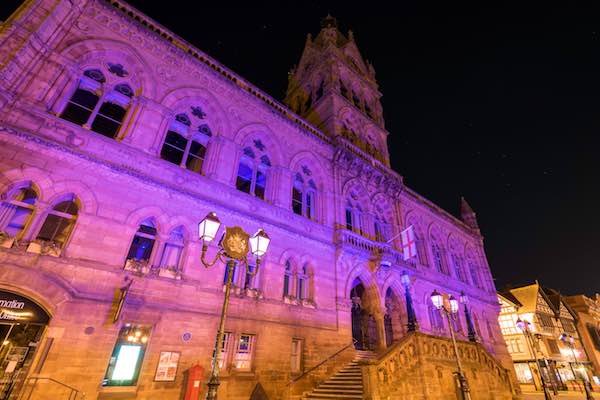 A year-long campaign has seen Chester achieve the coveted Purple Flag status, which recognises UK towns and cities that offer an ‘entertaining, diverse, safe and enjoyable night out’.

Key landmarks across the city – including Chester Cathedral, Chester Town Hall and the Eastgate Clock – have been lit up purple to celebrate the fantastic achievement.

Assessors visited Chester in 2017 to evaluate the city against a series of core themes – including wellbeing, movement, broad appeal and destination.

Chester passed with flying colours, with judges describing it as a “clean, welcoming and vibrant city with an abundance of evidence of its historic past”, whilst also recognising the “diverse range of options for families, young people and adults available during the day and night time economy.”

The campaign for Purple Flag status was driven by CH1ChesterBID – Chester’s Business Improvement District (BID) – in partnership with Cheshire West and Chester Council and other organisations, including Cheshire Police, Chester Pubwatch, the University of Chester, and several third sector groups.

In recognition of the achievement, Chester was chosen to host the national Purple Flag presentation ceremony, with leaders from other towns and cities attending a glittering awards ceremony at Chester Cathedral to collect their accreditations.

Carl Critchlow, BID Manager at CH1ChesterBID, commented: “This is a fantastic achievement for Chester city centre and we’re immensely proud to have successfully driven the bid for Purple Flag status.

“A lot of hard work has gone on behind the scenes to make this possible and the award is testament to the efforts of so many individuals, organisations and businesses who work hard every day to ensure visitors to Chester can experience an entertaining, diverse, safe and enjoyable night out.”

He added: “We were thrilled to host the Purple Flag presentation ceremony right here in the heart of the city and I think that just emphasises how highly regarded Chester is in terms of class-leading UK destinations.”

Chester was one of only two places to receive a new Purple Flag accreditation, with Southport also being granted the award for the first time.

Established in 2012, the Purple Flag programme is managed by the Association of Town and City Management (ATCM) and is similar to the Blue Flag award for beaches, but instead aims to raise standards and broaden the appeal of night time and evening economies within towns and city centres across the UK. 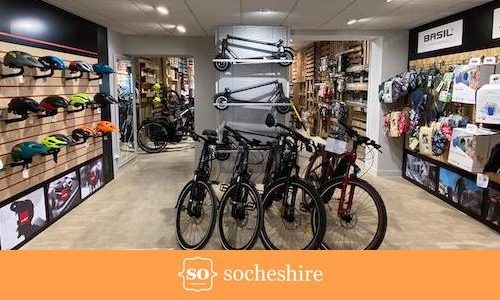 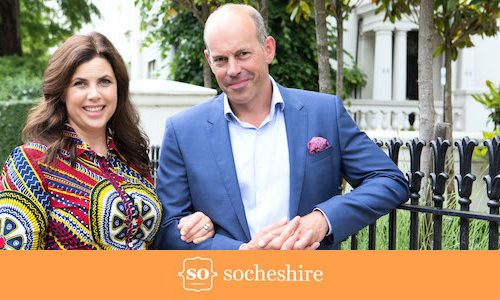