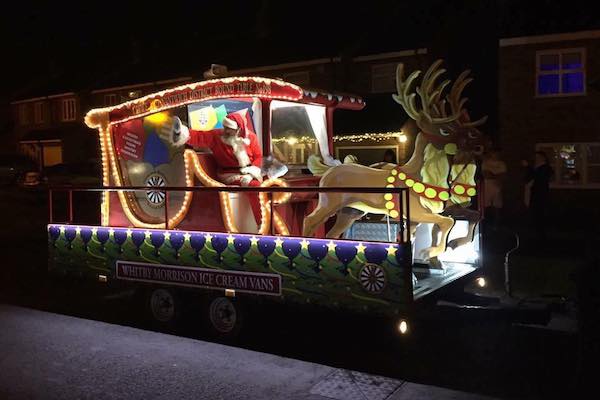 Collecting funds for good causes, the Round Table Santa Float is always a popular highlight at Christmas.

Here’s where the local Round Table groups are going to be touring around Cheshire with Santa this year (and if you notice that he’s appearing in more than once place on the same night, well, it’s because he’s magic… obviously!) 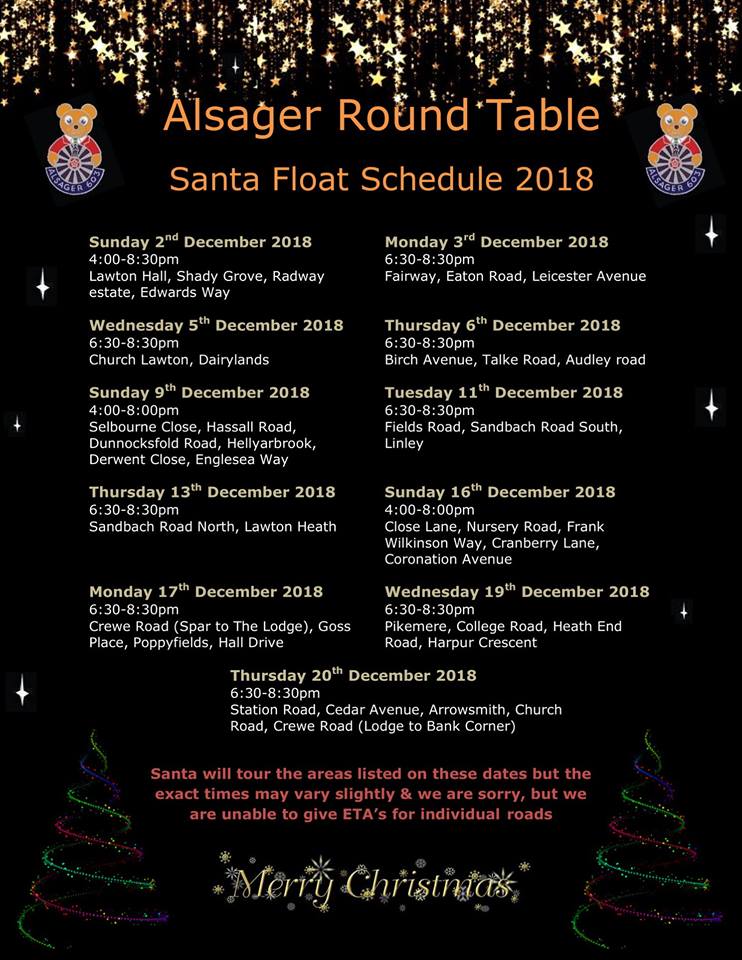 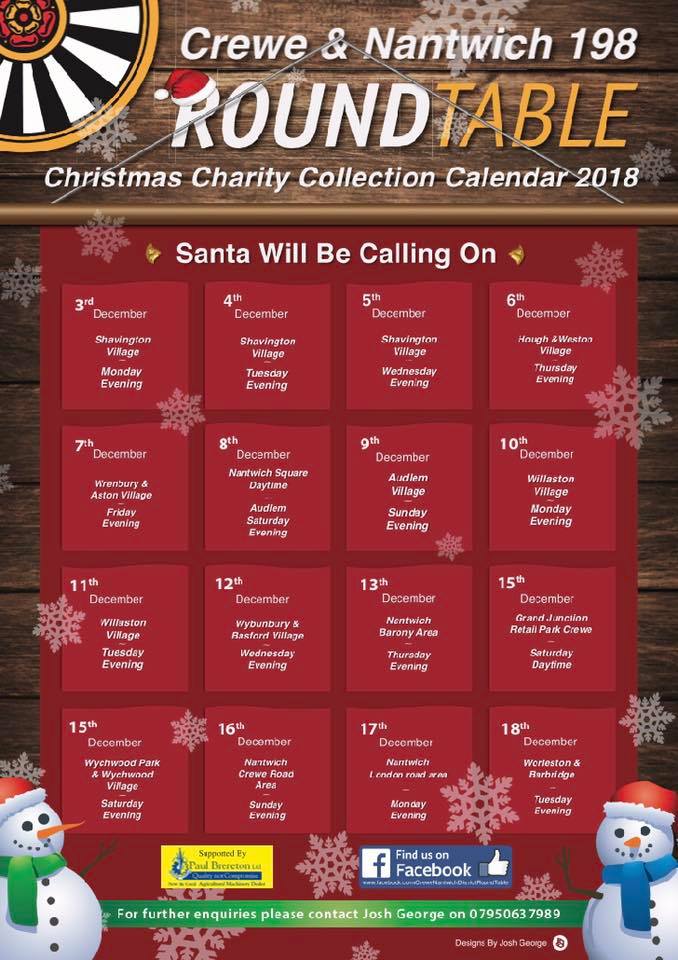 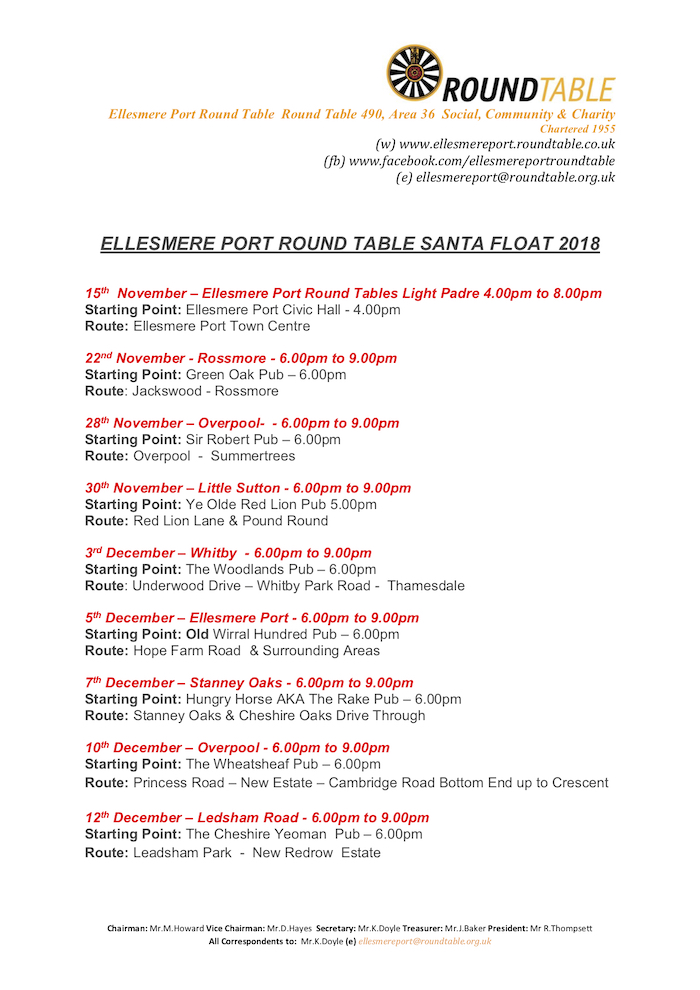 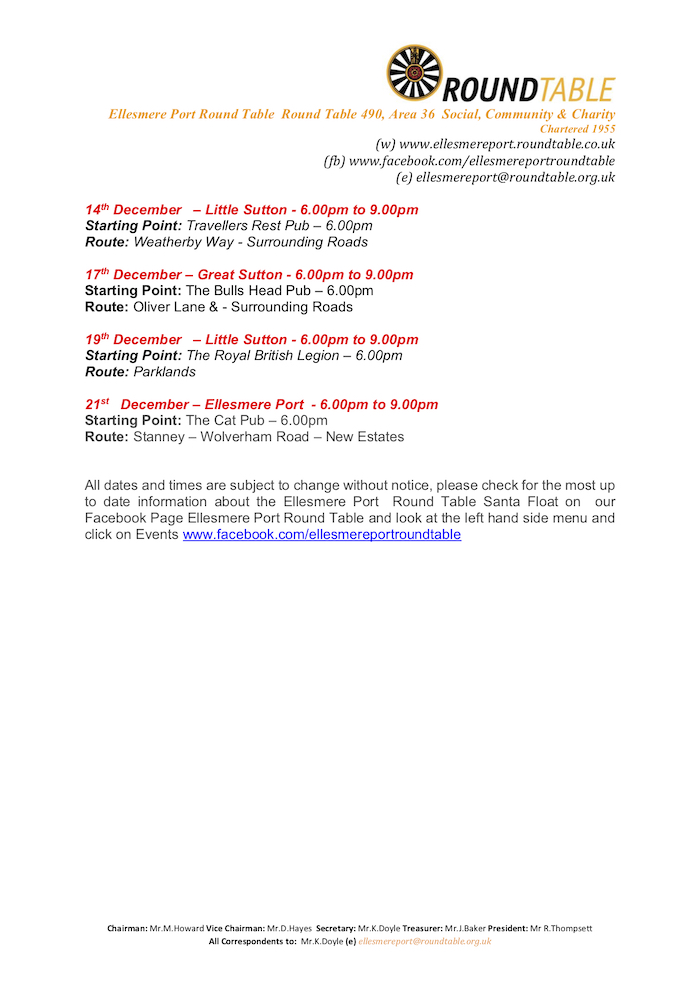 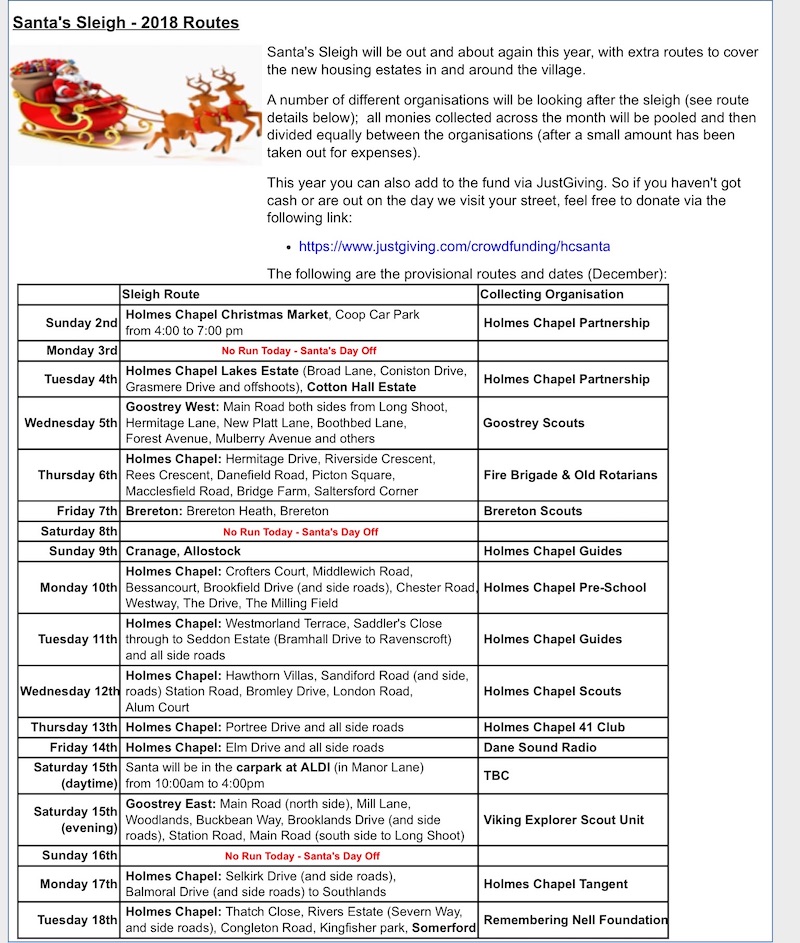 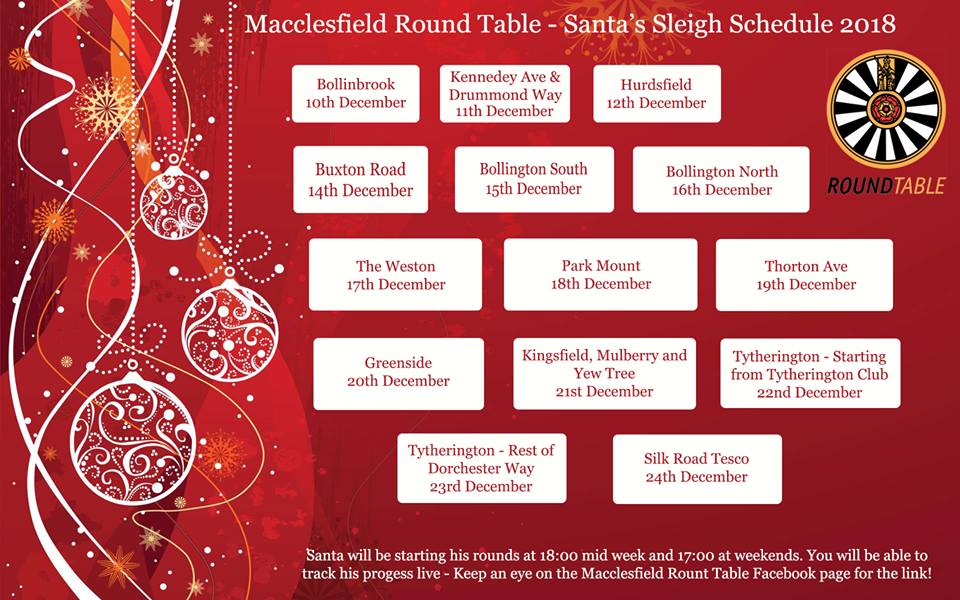 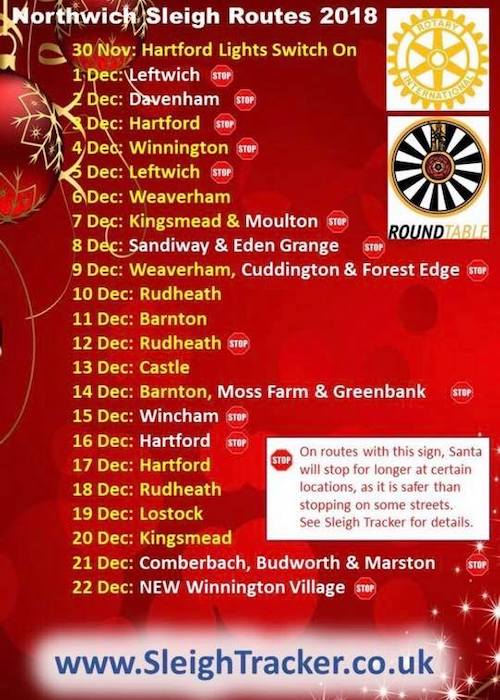 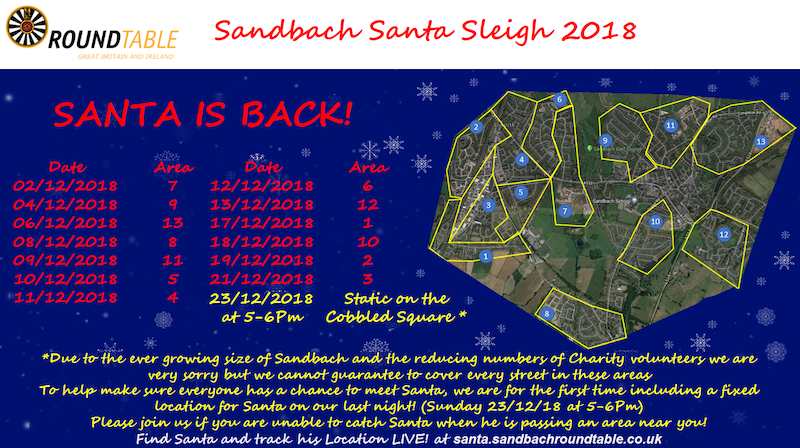 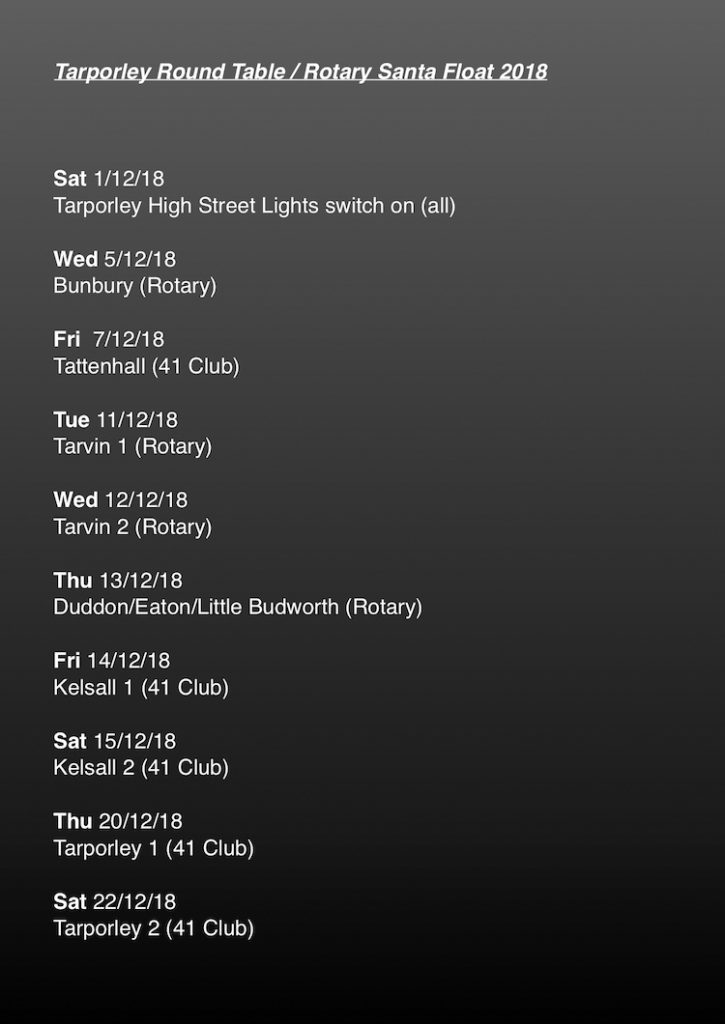