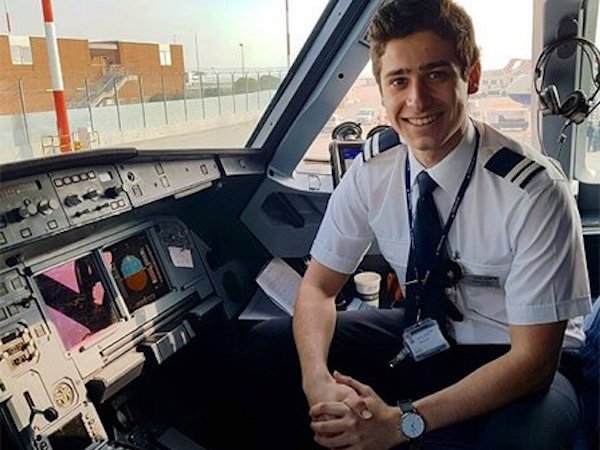 Question – what does Malpas native Ciarán O’Shea have in common with Joaquin Phoenix, Jared Leto, and David Haye?

22-year-old Ciarán has beat numerous other entrants to become one of the eight male finalists in PETA’s UK and Ireland Hottest Vegan Competition 2018.

The contest is modelled, in part, on the organisation’s Sexiest Vegetarian Celebrities contest, which has previously honoured fellow local John Bishop amongst others.

Finalists in the Hottest Vegan Competition will battle for the top honour and a luxury European cruise.

Ciarán who works as an airline pilot, commented: “I have a job which allows me to meet a lot of people, almost all of whom I talk to about [being vegan].”

He says he’s also encouraging his employer to increase the availability of vegan options on flights, including stocking non-dairy milk options.

PETA director Eilsa Allen said: “There’s nothing sexier than someone who is committed to helping animals and the environment, and it doesn’t hurt that vegans are, on average, healthier and more energetic than their meat-eating peers.”

Eilsa added: “Each one of the finalists in PETA’s contest is a living example of the strength and vitality that can come from vegan eating.”

This year’s winners will be chosen based on several factors – including vote count – and will be announced by 13th August.