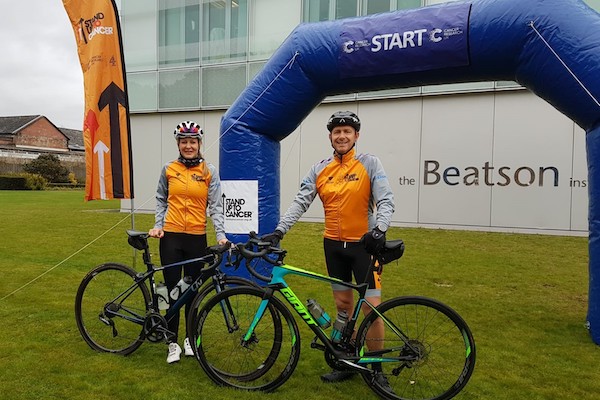 A Cancer Research UK director is joining a team of cyclists who will stop off in Cheshire today (Tuesday 9th October) on a 500-mile cycle to raise money as part of Stand Up To Cancer.

The aim is to highlight the vital role that science plays in helping more people survive the disease, and the 49-year-old will pedal around 100 miles each day over six days until he returns to the charity’s headquarters in Islington on Friday.

Simon has been joined by his colleague Debbie Bradley and guest cyclists will be joining them at various points along the route which began in Glasgow’s on Sunday morning.

The pair have already conquered tough terrain, wind and driving rain along the way on their journey through Scotland and the Lake District.

The third day of the challenge will see them arrive at the Cancer Research UK Manchester Institute, currently based at Alderley Park, where they will be met by Cancer Research UK-funded scientists, researchers and supporters.

The cycle ride is the latest in a series of fundraising charity challenges for Simon who is aiming to raise £10,000 for Stand Up To Cancer.

He has previously climbed Mount Kilimanjaro, tried his hand at stand up comedy and even taken to the stage dressed as David Bowie for a charity version of Stars in Their Eyes.

Simon said: “Each year I look to do something to raise awareness and money for Stand Up To Cancer but I think this is going to be by far the toughest one yet.

“It’s a huge physical challenge to cover this distance, especially day after day, but it will also require considerable mental strength.”

The 500-mile cycling challenge was dreamt up at the start of the summer as Simon and Debbie asked for ideas of what to do to help raise funds and awareness for this year’s campaign.

Simon added: “My inspiration comes from the amazing people who fundraise tirelessly for us and who are prepared to put their mental, physical and emotional strength to the test.

“It will be nice to meet some of the scientists and researchers who are at the sharp end of what we do as well as the supporters and volunteers who work tirelessly to help us beat cancer.”

Stand Up To Cancer is a joint fundraising campaign from Cancer Research UK and Channel 4.

It raises money to speed up life-saving research and is supported by a host of celebrities including Davina McCall, Edith Bowman, Alan Carr, Joel Dommett and Kirsty Allsopp.

Stand Up To Cancer has raised £38 million since it was launched in the UK in 2012, and culminates in a night of live TV on Channel 4 – this year’s takes place on Friday 26th October. 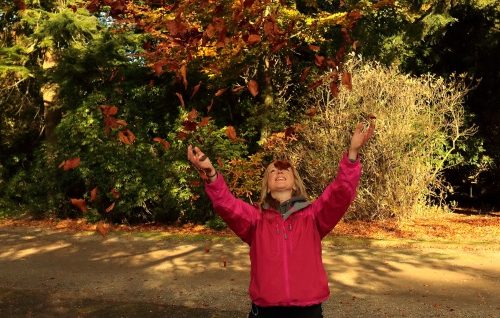 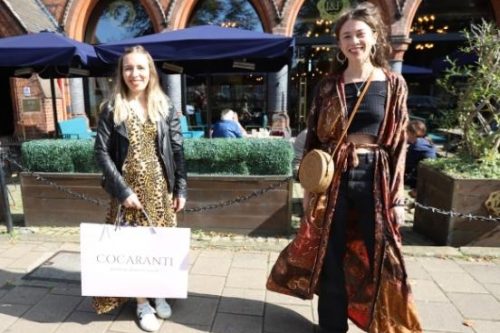