ALL (So Counties) > Motoring > Featured > Apprentices at the double

Apprentices at the double 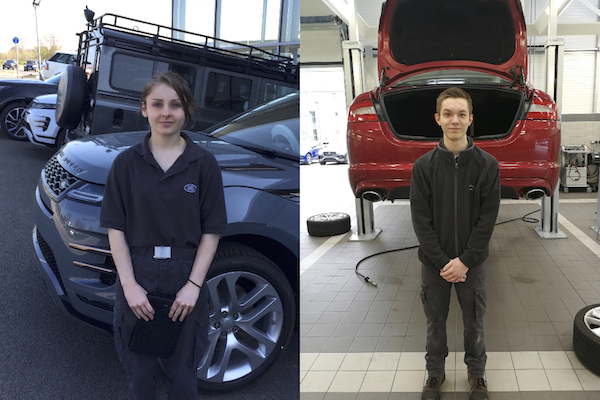 The pair have both been nominated by their Babcock apprentice assessor, Graham Cahill, who has put a total of six apprentices forward for the prestigious award.

Melissa and Oliver are thrilled to have been nominated.

Swansway’s apprentice and training coordinator commented: “Both Melissa and Oliver receive excellent feedback all the time – not only from their assessor, Graham, but also from the JLR training centre.

“Everyone comments on how committed they both are, going above and beyond what they need to do and really embracing their apprenticeships.”

Both Melissa and Oliver in in the first year of their technician apprenticeship.