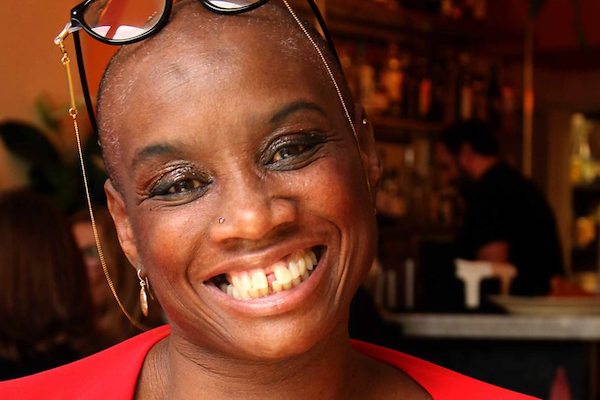 The Taste Cheshire Food and Drink Festival, to be staged at Chester Racecourse this Easter, has announced BBC star Andi Oliver as their third headline chef for the 2019.

It follows earlier announcements that Simon Rimmer and Matt Tebbutt will be starring this year.

Festival organiser Briony Wilson was pleased to make the announcement to complete this year’s amazing line-up.

“We were very keen to get Andi, she has been a breath of fresh air on The Great British Menu, with her immense food knowledge and forthright opinions.

“That and the incredible background in the entertainment business and cooking programmes means we now have the very highest profile headline chefs all in attendance at next years event.

“I am incredibly proud to be able to confirm Andi’s name alongside Simon Rimmer and Matt Tebbutt. It means no matter what day you attend you get to see one of the best Food and Drink entertainers in the country.”

Andi Oliver has one of the most varied biographies – invluding tv appearances, live music acts and so much commitment to the food and drink industry.

This year she opened a new restaurant, ‘Andi’s’, and can be heard as a regular panel member alongside Jay Rayner, Angela Hartnett, and Henry Dimbleby on BBC Radio 4’s The Kitchen Cabinet.

In 2006 she presented the much talked about programme ‘The Truth About Food’ for the BBC and then in April 2007 she and Neneh Cherry hosted a cooking series on BBC 2 called ‘Neneh and Andi Dish It Up’.

Andi has had an incredibly varied creative career, starting in 1981 when she fronted the band Rip Rig and Panic alongside Neneh Cherry.

She then went on to host the hit cult show Badass TV with Ice T on Channel 4.

Andi also regularly co-hosts coverage for BBC at Glastonbury and was creative director of The Birdcage for two years before launching her very own kitchen at The Jackdaw and Star, in Homerton.

Cooking and entertainment form the essence of who this particularly talented lady is.

Organisers of the Taste Chehsire Food and Drink Festival 2019 are delighted that she will share some of her skills and secrets on the stage at their event this year.

Andi will appear on the stage at midday and 3pm on Sunday the 21st April.

The Taste Chehsire Food and Drink Festival runs over 3 days from Easter Saturday until Easter Monday and is staged at Chester Racecourse.

Good weather can see as many as 30,000 people attend where over 150 exhibitors show food and drink from all over the globe.

Cooking demonstrations as well as cooking classes for kids and adults are all free for those who attend, and tickets start from just £6 online (with children under 12 free – as is parking!)

All ticket purchasers will receive a free voucher with their purchase – worth up to £30 – that can be redeemed in an Individual Restaurant Group venue once joining their loyalty programme.

For more information about the event go to www.chesterfoodanddrink.co.uk