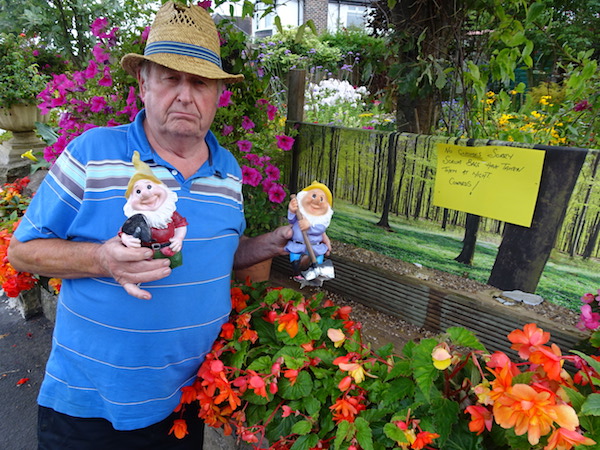 A group of world-famous garden gnomes in Wistaston have this week seemingly become the victims of a targeted attack.

The gnomes attracted local, national and global fame last year after the council requested their removal.

Laurence Perry, aged 78, of Westfield Drive, woke up on the morning of Monday 13th August to discover that twenty-five of the colourful characters had been either smashed or stolen from his garden.

All of Laurence’s gnomes were glued to a wooden panel. 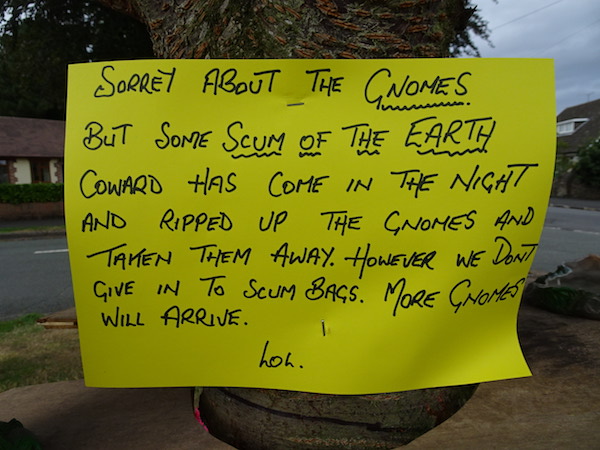 The gnomes made national and international news headlines last year when Cheshire East Council removed them following a complaint.

The subsequent story received worldwide publicity – including reports by the BBC, Daily Mail, Express, Mirror and Telegraph along with newspapers in India and the USA.

Laurence, who’s a keen gardener, always checks up on his premises before heading to bed.

He believes the gnomes – which were a replacement for those removed by the council – were attacked either late on Sunday night or in the early hours of Monday morning.

He has previously had one gnome stolen, but it was safely returned by the guilty party the following day.

Laurence believes that this incident was a targeted attack by one or more individuals, but he has no idea who would bear a grudge against either the gnomes or himself. 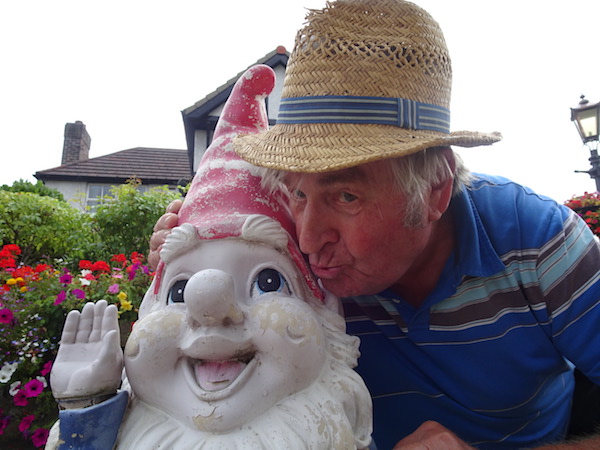 The good news is that kind individuals have already begun rallying around in support of his mission to bring a smile to people’s faces.

Laurence said: “It is sad that people’s enjoyment of the gnomes has been destroyed by one or more persons unknown.

“However, good has come from bad as I have already received replacement gnomes from generous members of the public.

“If anyone else would like to donate a gnome to me then you are welcome to drop it off at my house on Westfield Drive in Wistaston.

“I thank everyone for their continued support.” 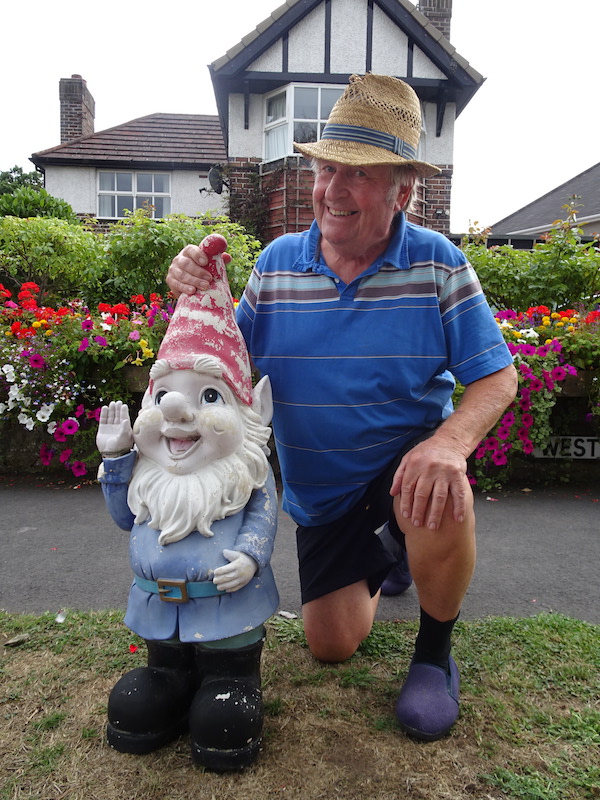