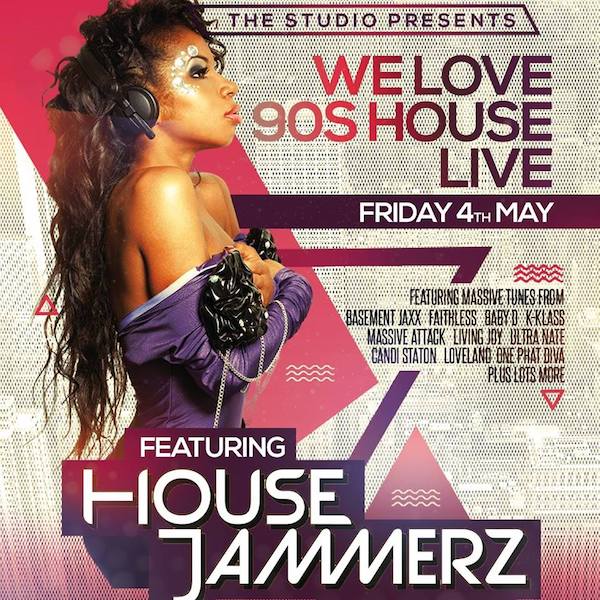 A ‘We Love 90s House Live’ concert takes place at The Studio in Nantwich on Friday 4th May.

While the Castle Street venue will be offering free admission, all donations made will go to Mid Cheshire Hospital Charity.

The event will feature live dance music band House Jammerz, making a return to the venue, on stage at 9.30pm who’ll perform some of the biggest and best house tracks.

The gig will be followed by an ‘I Love The 90s’ club night, taking place until 3am.

Nigel Woodhouse, director of operations at The Studio, said: “The House Jammerz are an incredible act that takes you right back to the biggest decade of dance music the UK has ever seen – I was lucky enough to be a customer and a Club Manager through this iconic decade.

“We are free entry with any donations going to Leighton’s dementia appeal – a worthy cause.”

The new date follows the postponement of the original concert earlier this year due to bad weather.