Volunteers raise the roof on 4,000-year-old piece of history 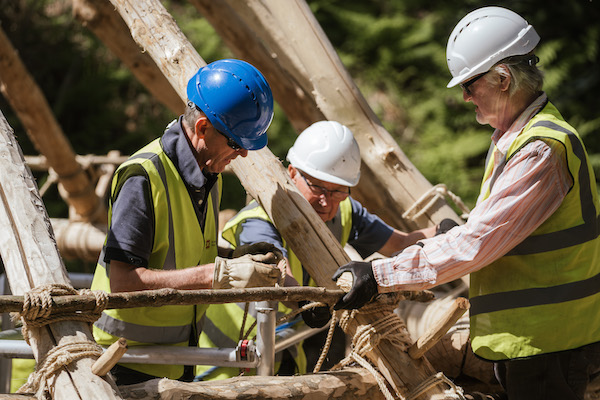 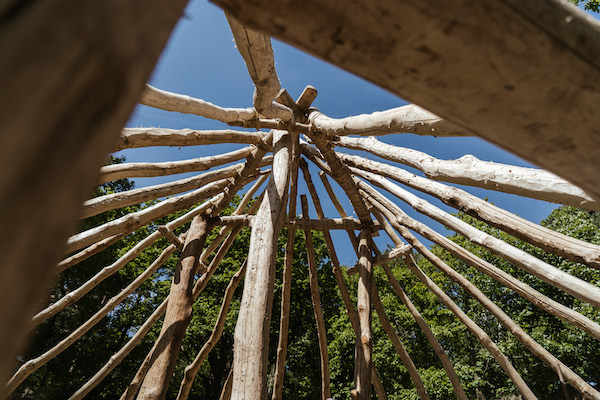 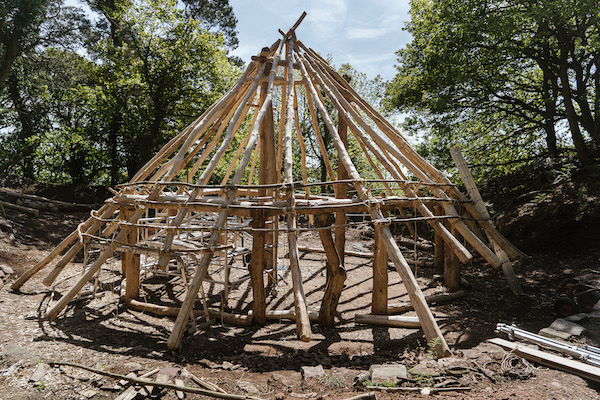 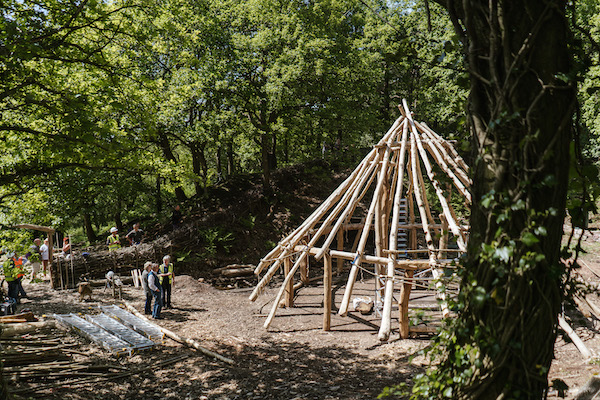 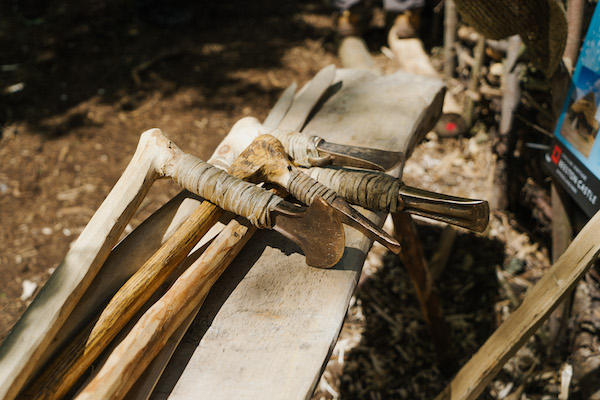 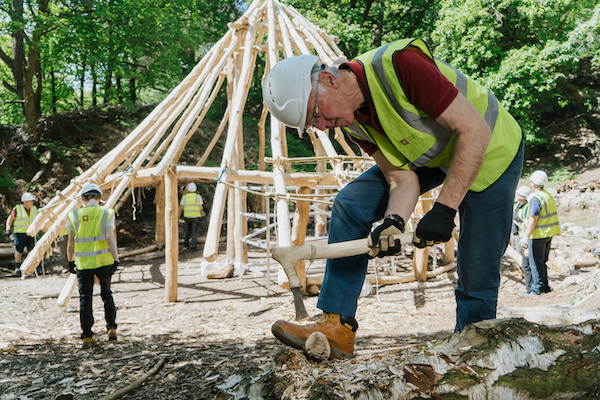 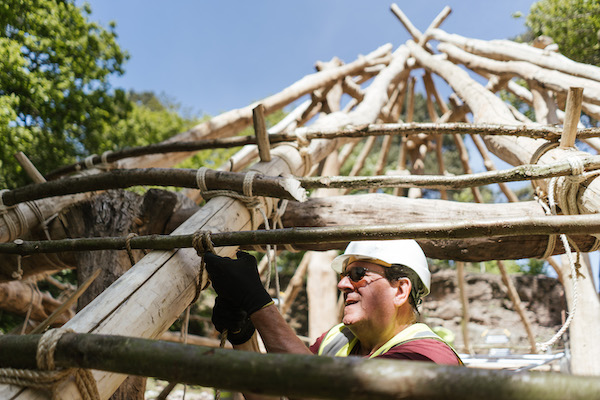 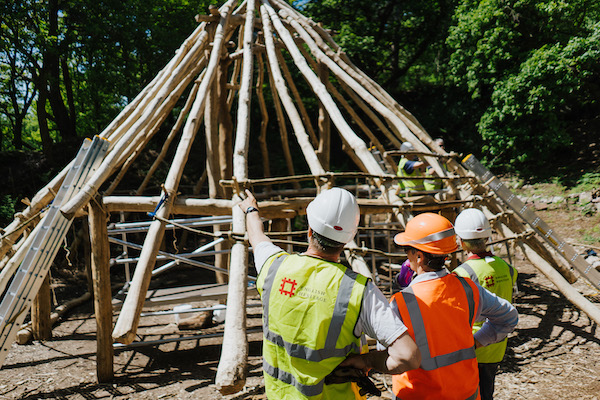 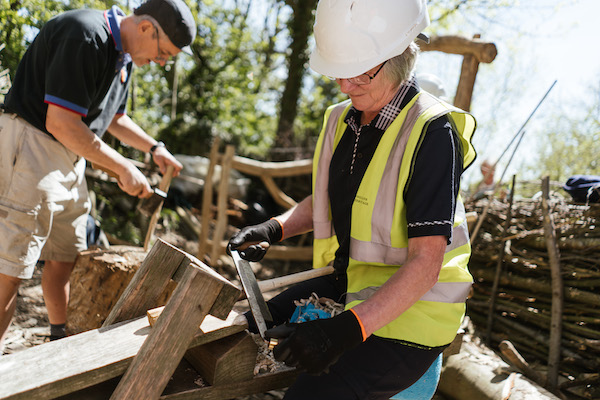 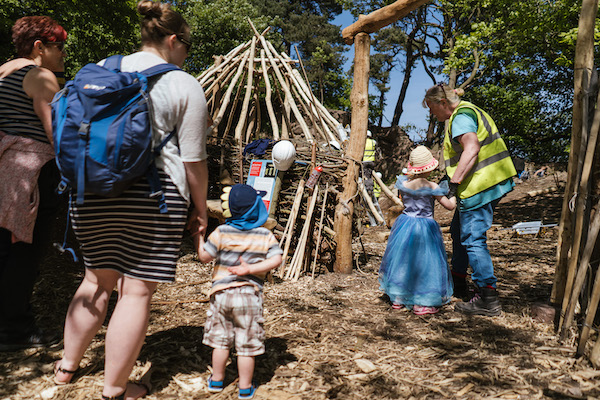 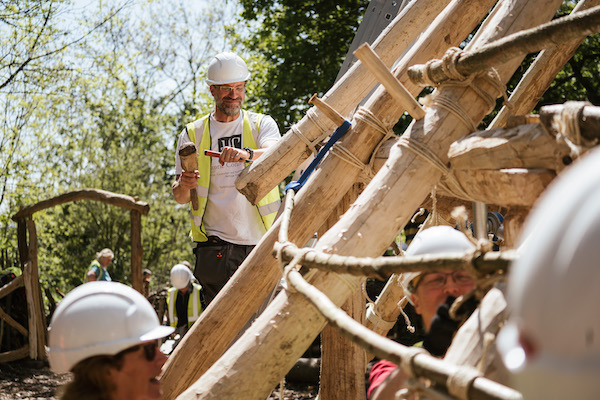 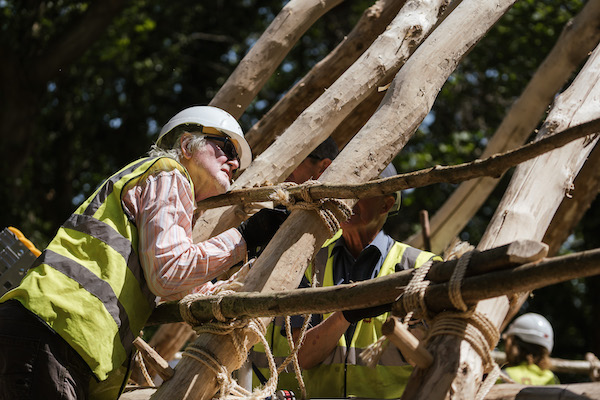 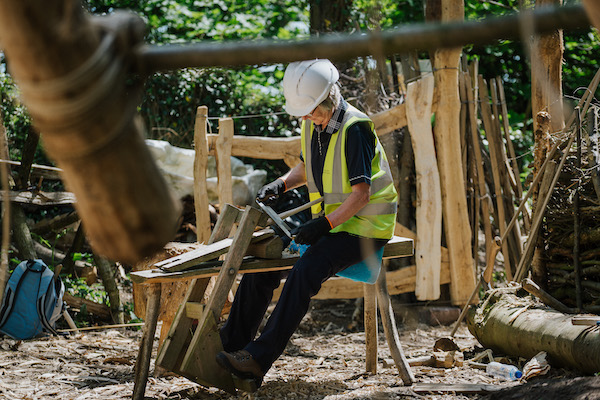 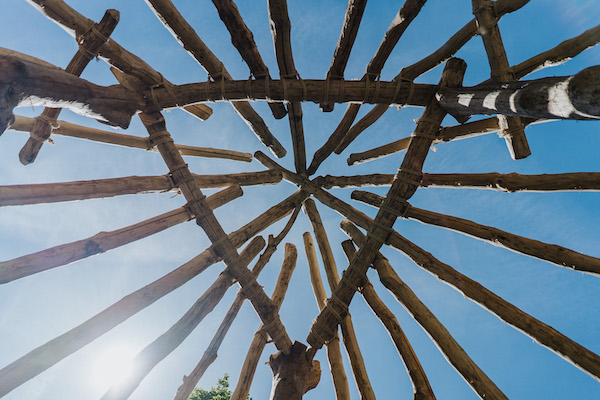 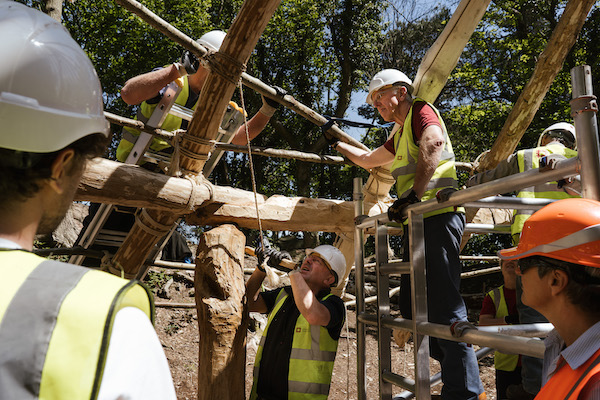 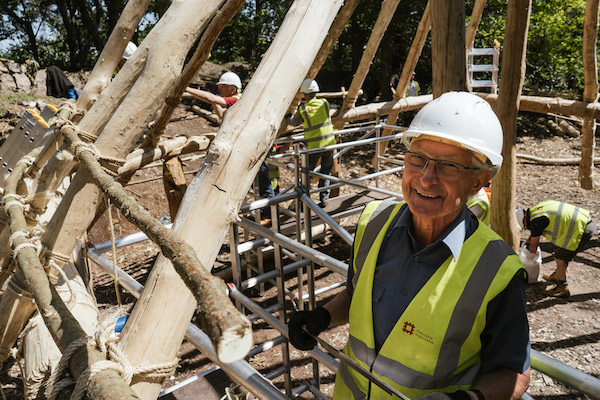 A Bronze Age house is being recreated in the grounds of Beeston Castle.

Four thousand years after it disappeared, the dwelling is being reconstructed by English Heritage volunteers, using authentic tools and archaeological evidence.

The archaeological experiment is being informed by recent discoveries at a Bronze Age settlement in Cambridgeshire as well as earlier discoveries at Beeston Castle itself.

People lived on the rocky crag long before the medieval castle was built at Beeston, and the site was a particularly important defended settlement and metalworking centre from the late Bronze Age.

Although little visible evidence remains of this early hive of activity, in the 1970s and 80s, archaeologists discovered traces of post-holes for what was called ‘House Six’.

This comprised a thatched Bronze Age roundhouse with walls of wattle-and-daub (a mixture of twigs, earth and clay). Bronze Age objects such as axes and knives were also uncovered.

Now, a team of more than 60 volunteers have started to recreate the roundhouse.

Fifteen vertical posts have been erected, with horizontal wall plates lifted to form the framework of the house.

House Six’s postholes are providing experts with valuable guidance for the reconstruction – such as the size and layout of the roundhouse, the material used to make the floor and the size of the posts.

The volunteers are making use of authentic tools, recording axe strikes and post-hole depths to help increase historians’ understanding of the Bronze Age and its construction methods.

English Heritage curator, Win Scutt, commented: “Beeston is one of the most important Bronze Age sites in the North West of England and research over the past few decades paints a fascinating picture of a community who lived and worked there.

“What this project aims to do is bring that research to life – our reconstructed house will give visitors a vivid sense of the Bronze Age at Beeston.”

Luke Winter, the experimental archaeologist leading the project on behalf of English Heritage, said: “It is so rare to have a chance to recreate a Bronze Age building on a site where it once stood, and thanks to our inspiring team of volunteers we are making great progress.

“By using authentic tools and recording axe strikes and post depths, they are helping to increase our understanding of Bronze Age construction methods.”

Due for completion in October 2019, the Bronze Age house at Beeston Castle will help visitors appreciate the lives of those who inhabited the site around 4,000 years ago.

It will also provide an immersive learning experience for education groups from Cheshire and across the North West.

Ahead of completion, visitors to Beeston can follow the progress, with volunteers on hand throughout the build, talking to visitors and illuminating Beeston’s Bronze Age past.