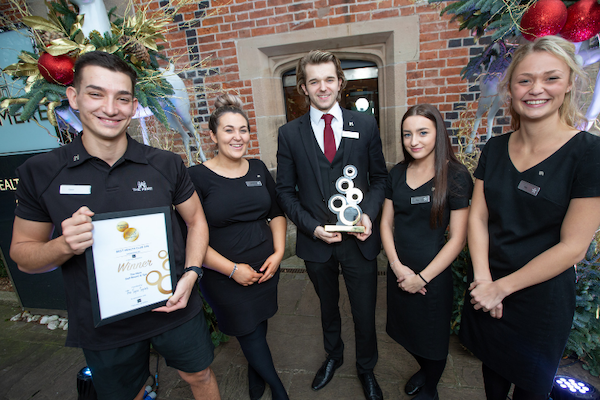 The event, now in its eight year, took place earlier this month with a gala dinner for The Spa Life Conference at the Hilton Birmingham Metropole.

A mystery visit earlier in the year by the Good Spa Guide – the leading authority for spa reviews – took place where an independent assessment of the health club and spa’s services took place.

This included a review of its facilities, customer and member care, value for money and luxury guest experience in which The Mere received top marks. 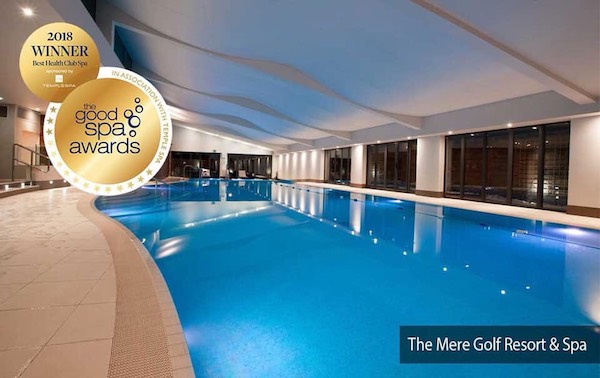 The Mere was shortlisted for The Readers’ Choice National Award as Best Health Club Spa for its health club spa facilities and was awarded the Good Spa Guide 5 star bubbles for customer service.

The award ceremony was split into two categories: The Regional Awards and The Readers’ Choice National Awards.

The Regional Awards were selected by the Good Spa Guide ‘spa spies’ who have reviewed over 200 health club, spas and treatments this year (sounds like a tough job…!)

The Readers’ Choice National Awards were voted on by over 60,000 health club members, visitors and spa goers.

Included in this section was the award for Best Health Club Spa which was awarded to The Mere for receiving the highest number of votes in that category. 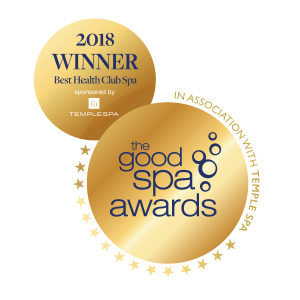 The Mere’s Health Club & Spa is located in an idyllic Knutsford countryside setting and offers two fitness studios with over 60 fitness classes per week, as well as a state-of-the-art gym, expert personal trainers, a 20m indoor swimming pool, a hydrotherapy pool and thermal zone and a range of luxury spa treatments.

“We continue to work hard to maintain exceptionally high standards in our health club and spa – and it’s fantastic to be recognised for this.

“We continue to deliver a great customer experience journey, and ensure that our health club and spa facilities exceed our guests’ and members’ expectations every time.”

The Mere Golf Resort & Spa is a 4* deluxe destination offering 81 luxurious guest bedrooms, event capacity for up to 550 people, a championship golf course and golf services, and an award-winning spa and health club.